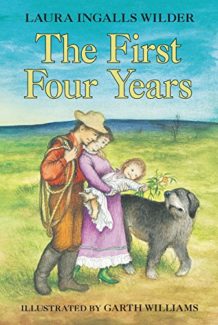 The last book of the Little House series, The First Four Years, picks up where These Happy Golden Years ended with Laura seeing her house and beginning her married life with Almanzo Wilder. Unlike the other books in the series, this one is less polished, grittier, and more cursory. Apparently this novel was found among Laura’s effects and published posthumously, explaining its lack of finesse and more heavy themes.

While plenty of tragedy occurred in the Little House series, much of it was overshadowed by optimism and the undying pioneer spirit of fortitude mixed with adventure seeking. Yet, Pa’s many moves and the family’s overall travels arose from tragedy, not gain.  Along the way the Ingalls encountered Scarlet Fever, which left Mary blind and set Laura’s future in stone; crop failures and plagues of locust; and the harsh, ever changing weather of the prairie, most memorable in The Long Winter where the ever-constant upbeat, cozy tone is challenged by the deprivation of starvation and near-freezing. This lifestyle, which Laura ultimately loved for its adventure, left its own marks, however, and as her marriage begins she begs Manly not to take up the risk and uncertainty of a farmer’s life. He makes her a deal. Give him four years, he says, to prove himself and if farming is a failure, then they’ll move to town and he will take up the merchant life. 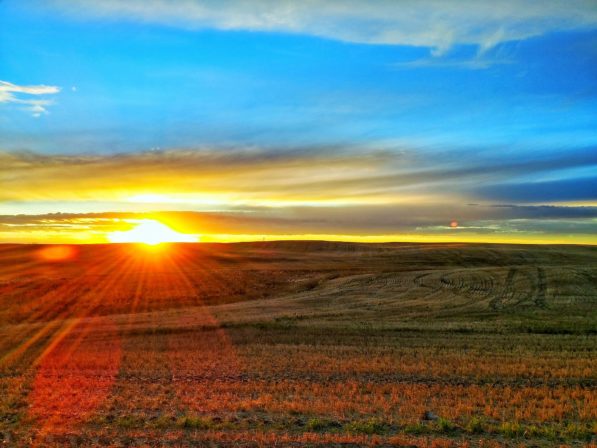 Image by Brody Taylor from Pixabay

The rest of the story follows these “proving” years, each tinged with escalating misfortune. There is debt, crop failure, wrecking disease, fire,  and even death, all bluntly told, each disaster rapidly followed by another. One can suppose that the final draft would have added more details and covered more of the blatant sadness, but that was not to be. So what we have here for a conclusion is a short, brutal look from Laura that is far from optimistic, although the conclusion with Laura’s decision is oddly un-characteristic of all the emotions that preceded it. It sets us up though. We know what path she and Manly will pursue, even if it doesn’t fit with what has happened and the attitudes and arguments Laura and Manly have had along the way.

The First Four Years isn’t the best end to a beloved, childhood classic. Not so much because of the harsh material it contains or even the lack of expected sugar coating, but more because everything happens so quickly and there are few details or insights into how Laura and Manly live on a daily basis. By the time readers settle in the narrative is over, and we still have questions. We crave the details, the sharing of lives, of intimate thoughts and impressions, of family, that this series usually contains. What we have, instead, is an outline, still tinged by the love of a perfectly matched husband and wife, yet ultimately an unfulfilling end to a life long journey with one special little girl who has captivated generations. Fortunately, the Rose series (start with Little House on Rocky Ridge), which follows Laura’s adventures, picks up the thread, and we see more of Laura and Manly’s life and return to the sense of a complete story that is tragic in places but always heartwarming. It’s a good follow-up for readers who loved the Little House books and want to see more of Laura’s adult life and meet her child, Rose, who is equally adventurous, free-spirited, and precociously perceptive.

Little House in the Big Woods

On the Banks of Plum Creek

By the Shores of Silver Lake Review

Little Town on the Prairie

The First Four Years (you are here)