Oh, the weather outside is frightful, but new books are so delightful! Whether you’re shopping for holiday gifts or just replenishing your to-read stack before winter really sets in, we’ve got all the best winter 2018 books — sci-fi, mysteries, thrillers, and literature — to get you through until spring. With a hot drink and a furry friend by your side, you’ll be saying, “Let it snow, let it snow, let it snow!” 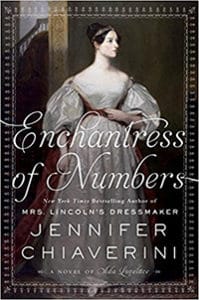 In nerd-friendly Seattle, Ada Lovelace is a well-known name — she even has a technical bookstore named after her. If you’re not familiar with her, she was a brilliant mathematician and is considered to be the first computer programmer… like, back in the mid-1800s. She’s also the daughter of the scandalous Lord Byron, which is no doubt why her mathematician mother tries to grind any hint of romantic tendencies out of her with PURE LOGIC. But when Ada is introduced into London society, she meets the inventor Charles Babbage — and, more importantly, his Difference Engine that will be the distant ancestor of the modern computer. This STEM-friendly historical novel is likely to make more modern readers aware of Ada’s remarkable life and legacy, which can only be a good thing. 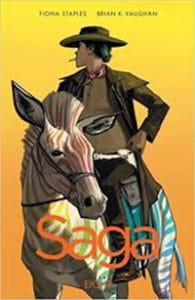 What can we say about Saga? It’s simply one of the best comics series currently running, and if you haven’t had the good fortune to read it, go all the way back to Book 1 and prepare to have your mind blown by Fiona Staples’ gorgeous, dreamy space-romance art. This volume collects issues 43 through 48. Go read it. 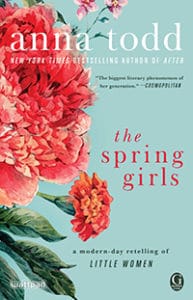 Good news for fans of Little Women — there are several new adaptations coming out in the next year, including this modern retelling set in New Orleans. Meg, Jo, Beth, and Amy Spring are struggling with growing up on the New Orleans military base while their father is deployed in Iraq and their mother is distracted with her own problems. Meg, the oldest, plans to become an officer’s wife and join military society, if her impulsive nature doesn’t sabotage her. Hard-working Beth is afraid to leave the nest, but doesn’t know how else she’ll find her own identity. Jo is impatient to skip town and dreams of a glamorous life as a journalist in New York. And Amy, the baby, is watching her older sisters’ examples… for better or for worse. This retelling should be of interest to anyone who enjoyed the original — either you’ll love it, or you’ll love tearing it apart. Something for everyone! 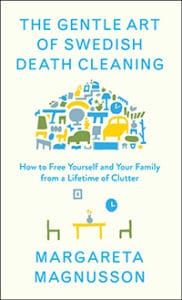 The Gentle Art of Swedish Death Cleaning: How to Free Yourself and Your Family from a Lifetime of Clutter (available Jan. 2)
Author: Margareta Magnusson

The Konmari Method is so two years ago. Now it’s all about Swedish death cleaning! The idea is that at some point in your life, you make a conscious effort to clear out the clutter and embrace mindful minimalism, before you saddle your grieving relatives with clearing out all your junk for you. Margaret Magnusson guides the reader in sorting through their stuff with an eye to will be truly treasured by future generations, and what can be gotten rid of. Hint, hint: it’s also a good opportunity to clear away any evidence of sketchy secrets you don’t want your kids (or parents!) finding out about. 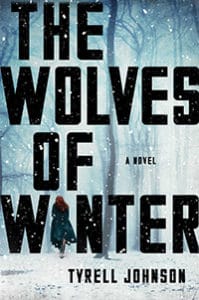 What would a winter book list be without a chilly dystopian tale? After society’s collapse, Lynn McBride is just trying to survive, learning to hunt and trap along with her tiny community in the Canadian Yukon. But the threats of the wider world arrive along with Jax, a mysterious stranger who carries some dark secrets from the pre-apocalyptic past. What happens when you shed your old identity just to survive, only to have the unwelcome past return when you least expect it? That’s the intriguing question posed in this dark winter’s tale. 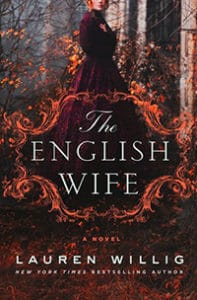 If murder, mystery, and Gilded Age glitz is your preferred winter reading style, you’ll love this historical novel of suspense. Annabelle and Bayard Van Duyvil seem to have a perfect life: he’s from an East Coast society family, she grew up in a Tudor manor in England, and after a whirlwind London romance, they’ve settled down in a custom-built mansion with twin children. But when Bayard is found dead with a knife stuck in his chest just before their annual Twelfth Night Ball — and Annabella goes missing immediately after — it’s the scandal of the year. Bayard’s sister Janie teams up with a reporter to hunt for the truth together and clear his name… but the deeper they dig, the darker and more troubled the family’s past becomes. What will they discover as they search for the truth? 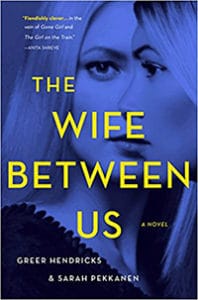 Looking for a page-turning thriller for the long winter nights? This may be the story for you. Richard is a handsome and successful hedge fund manager with a few marriages under his belt. This time, he’s about to marry Nellie, a cheerful preschool teacher who has her doubts about leaving her busy New York City lifestyle to move to the suburbs as Richard’s wife. But as the wedding date approaches, Nellie finds herself on edge, unable to escape the troubling memories of a bad experience in Florida that still haunt her. Meanwhile, Vanessa — the previous wife — is living with her eccentric aunt, drinking too much, and stalking Nellie. Or is there more to the story than meets the eye? Read the first four chapters here. 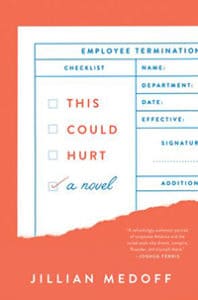 A novel about work? Well, hear me out. For most of us office workers, we spend more time at work, and thinking about work, than we do at home with our families. The “work family” becomes a very real part of our lives. This is the story of five intertwined coworkers in HR at a small consumer research company. There’s Rosa, the long-standing chief of human resources, who’s past the prime of her career but not ready to give up the success she worked so hard for. Her second-in-command, Leo, is devoted to her — maybe too much. Meanwhile, middle manager Rob is finding himself too closely involved with Lucy, his work spouse, who’s searching for anything that will disrupt the unsatisfying routine of her life. And senior manager Kenny is desperate to move on to the next, bigger thing… or rather, he’s desperate to prove to his ambitious wife that he’s a success. Funny, painful, and poignant, this portrait of an American company will strike a chord with just about anyone who’s had an office job. 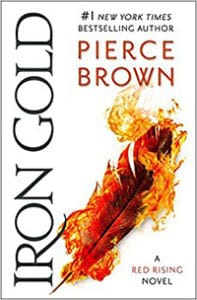 Well, I have to admit that this Red Rising Saga has dragged on longer than my interest in it. But if you’re a fan of this lengthy, galaxy-spanning epic of an interplanetary resistance fighting the oppression of a technology-enhanced caste system, book 4 is here to continue the story. Darrow, once the hero of the resistance, fought for a revolution that he believed would shatter the chains of society. But instead, it has led to a generation of bloody war and conflict. Meanwhile, the next generation, who has only known a life of war, is preparing to take their future into their own hands. Could they be the key to ending a lifetime of violence? 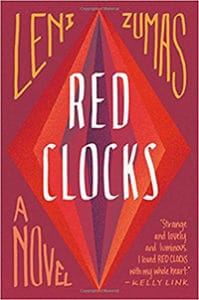 After the 2017 we’ve had, this dystopian tale may be a bit too real. But, if you dare, peer into the near future, where abortion is illegal again, in vitro fertilization is banned, and the Personhood Amendment grants the right to life, liberty and property to embryos. In a small Oregon town, five women take very different approaches to these new restrictions on their fertility and freedom. There’s Ro, a would-be single mother, who’s writing a biography of Eivor, an obscure 19th-century female arctic explore; Mattie, one of Ro’s students, who finds herself unexpectedly pregnant; Susan, a mother of two stuck in an unhappy marriage; and Gin, a hippie herbalist who connects them all when she’s arrested and put on trial. This sounds like a great (and scary) book for fans of The Handmaid’s Tale. 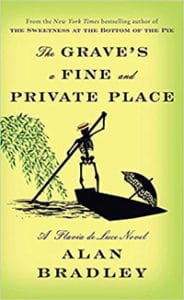 This is the ninth book in the Flavia de Luce series, so if you’re new to it, start all the way back at the beginning. But faithful fans of the plucky British tween detective will be eager to return to her continuing adventures. Still grieving over the death of her father, Flavia finds herself at loose ends, and the family servant Dogger proposes a boating trip to cheer up Flavia and her two sisters. But as they drift on the water, Flavia makes a grisly discovery: a human corpse floating alongside their boat. With a newfound purpose — a case to solve — Flavia perks right up, but can she solve the case before she becomes the killer’s next victim? 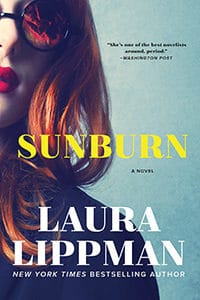 Two strangers, Polly and Adam, meet by chance in a small-town bar in Delaware. They both claim they’re passing through on their way to somewhere else, but they end up staying, drawn together into a passionate summertime affair. But when a suspicious death disrupts the town, the lovers realize that they’re both keeping secrets from each other. Is their connection strong enough to survive learning the truth about the maybe-accidental death? 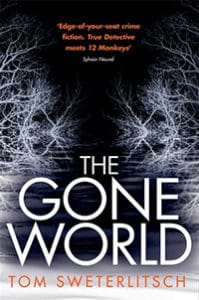 Time-travel lovers, you knew I wouldn’t forget you. So here we go: in 1997, Shannon Moss is part of a secret division of the Naval Criminal Investigative Service. When she’s assigned to investigate the murder of a Navy SEAL’s family — and the disappearance of their teenage daughter — Shannon learns that the SEAL was an astronaut on the spaceship U.S.S. Libra, which was apparently lost in the currents of time travel. To find the missing girl, Shannon, who has some experience with time travel herself, decides to time-travel forward and explore possible futures, looking for clues to crack the case. But much to her dismay, Shannon discovers that what’s looming ahead in time is something much, much worse: the Terminus, or the end of humanity itself. Can she make the right decisions in the present to avoid this horrible fate for the entire world?