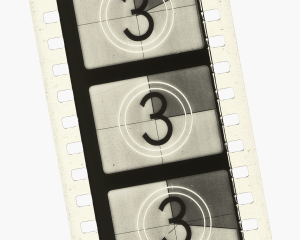 Vampires! I think we can all agree that they’re drastically underrepresented in young-adult fiction, right? Well, never fear, New York Times bestselling author Julie Kagawa has come to our rescue with a vampy dystopian trilogy, the Blood of Eden series. Book 1, The Immortal Rules, came out in 2012, and Book 2, The Eternity Cure, will be out on April 30. Until then, we can take a peek at the book trailer for a hint about what to expect. (New to book trailers? See our book trailer guide.)

In this trailer, captions fly over some pleasingly spooky digital animation, giving a swift recap of the story so far: in a world where mankind was decimated by the Red Lung virus, Allison Sekemoto survives on the outer Fringe of a vampire city, scavenging for food with her crew. She hates the vampires… until she is attacked and forced to become one herself. Fleeing the city, she has joined up with a band of humans hunting down a legendary cure for the disease that destroyed humanity and created the vicious human-monster “rabids.” In The Eternity Cure, Allison searches for her creator, who’s being held prisoner by a psychotic vampire, but a new threat looms: an even more dangerous version of the virus that threatens humans and vampires alike.

It’s tough to get people interested in the second volume of a trilogy already in progress, but this trailer worked pretty well on me — I hadn’t even heard of the books prior to watching this trailer, and ended up being curious enough to seek out the first one. Out of all the origin stories in the current wave of vampire fiction, the “infected by a horrific mutated virus” premise is my favorite (since it doesn’t call for quite as much sparkling suspension of disbelief). And the image of a vampire girl weeping bloody tears is dramatic, just a bit gory, and intriguing.

Overall, the trailer does a good job of creating interest in an already-in-progress series, although the fact that it’s trying to reach both returning readers and new ones means that it spends more time recapping book 1 than teasing about book 2. But if you’re bloodthirsty for another teen vampire romance series, check out the trailer… and then start with The Immortal Rules.