What’s in Your Faction? 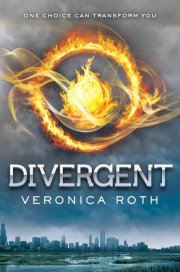 Oh, dystopian teen fiction, I love you so.  You are the perfect palate cleanser after something adult and dense, or something somber and filled with facts.  Quite simply, you make me happy.  Divergent nearly made me ecstatic.

Divergent (as everyone in the whole world who is a teenager knows) is the first book in a trilogy by author Veronica Roth.  It is also now a Major Motion Picture!  In it, we meet Beatrice.  Beatrice (or Tris, as she later becomes known) lives outside of what used to be Chicago with her family parents and brother.  She and brother are 16 and 17, but through a quirk of family planning they are not quite a full year apart, putting them in the same school grade.  This is important because they are about to go through The Choosing.

You see, in this Chicago of the Future, the world is divided into factions.  On the appointed day during your final year of school, you choose your faction.  That becomes your family.  You take an aptitude test to figure out which faction is the best fit for you, but ultimately, where you spend your life is up to you.  The Factions are thus: Abnegation (where Beatrice was raised), which is all about being selfless and runs the government; Erudite, which is all about knowledge and runs the education system and research and such; Candor, which is all about complete honesty and runs the justice system; Dauntless, which is all about bravery and provides security; and Amity, which is all about happiness and peace and runs the farms that feed everyone.  The factions supposedly keep the peace by providing people with the place in which their natural tendencies are allowed to thrive productively.

Except…not everyone fits into a faction.  And those, my friend, are the Divergent.  It is dangerous to be a Divergent.  I’m not going to tell you why, but it is.  There are also some who are without a faction.  They are the poor, those who do the jobs no one else will do and are looked upon with pity or scorn (depending on your faction).  There are any number of ways to become factionless and it’s a terrifying prospect for most of society.

Divergent is the story of Beatrice’s coming of age – her choice of faction and her process through initiation and becoming a full member of society.  Let’s just say it isn’t a smooth road.

The real beauty of Divergent is in the world building.  We don’t really know how far in the future we are, but we know there was a war and that Lake Michigan is now nothing but a marshy swamp.  And the society isn’t typically dystopian, at least not at a glance.  It is functional and people are not starving or being randomly murdered.  There is order, family, happiness and productivity.

But as we get to know Tris, we come to learn that things are not what they seem on the surface.  They never are, of course.  We meet her fellow initiates (members in training), her training instructor who goes only by the nickname Four and members from each of the factions.  Tris, with her Abnegation upbringing, is very different from some of the other initiates who came from other factions.  We see her grow and change and question and fall in love, pretty much all at the same time.  She takes chances, in this world of grown members where things are suddenly so different, that place everything she has known in peril.

I love the notion of factions – of pigeon holing people by one facet of their personality in order to control the innately evil nature of mankind.  It’s the perfect sort of stewpot for corruption and control.  I also enjoyed Tris and her cohorts as characters.  The good guys are suitably complicated (but not overly so – this is good, I don’t want too much thinking) and the bad guys are deliciously and purely evil.  The romance is a little treacly, but I’m not the target audience and it’s perfect for those who are.

Overall, Divergent is great fun – decent characters, excellent world building and a terrific beginning to a trilogy.  I’m eagerly anticipating reading the next installment – Insurgent, and the third – Allegiant.  Fortunately, all have been published and can be consumed quickly, like sorbet between courses.  The movie version of Divergent stars Shailene Woodley as Tris and the absolutely beautiful Theo James as Four.  It should be worth seeing just for him without a shirt.  4 out of 5 stars for the book version of Divergent.  Enjoy!