Human cargo and the birth of capitalism… 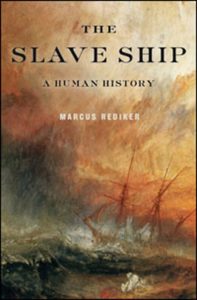 Terror.  The word comes up again and again.  It was the crucial ingredient.  The piece that made everything else work.  In a remarkable historical account, historian Marcus Rediker reveals how terror was at the very root of the founding of modern capitalism.  And there was no piece of technology that was more essential in the delivery of that omnipresent terror than The Slave Ship. 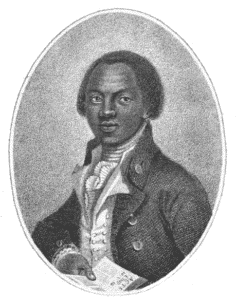 Also known as Guineamen, slave ships were built to maximize the profits of the triangular trade that enriched the merchants of Western Europe and the United States.  Starting in Liverpool (or Rhode Island), for example, the ships would load up with manufactured goods – like textiles, guns or rum – and head to the Guinea coast of West Africa where they would trade those items for enslaved African men, women and children.  They would then sail across the Atlantic and exchange the enslaved individuals for sugar from the West Indies or cotton from the southeastern US and head back north again, delivering the raw materials that would feed northern industries.  Each step in the process generated large profits for the investors who kept the triangle continually in motion. 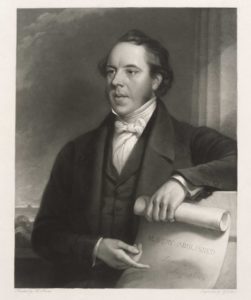 Thomas Clarkson, one of the daring British abolitionists.

During the peak period of activity – from the late 17th century to the early 19th century – hundreds of British and American ships were involved, many of them specifically designed to cram as many of the enslaved as possible below decks.  Spooning people together on hard wooden platforms with just a couple feet of headroom, inadequate air circulation and the bare minimum when it came to toilet amenities, the ships could hold hundreds of people for months at a time.

Unrelenting and vivid in his descriptions of these floating factories of terror and death, Rediker doesn’t hesitate to describe the slave trade in full horrific detail.  Basing much of the narrative on firsthand accounts of enslaved survivors, slaver captains and former crew members, he presents a thoroughly realistic picture of life on a slave ship.  He also explains how the profits generated by the trade in human lives were used by the wealthy merchants of England and the US to build the modern capitalist power structure that exists today.

He also describes how the slave ship contained the seeds of its undoing.  Once abolitionists were able to break the code of silence surround the slave trade in the late 1700s – risking their lives in the process – even simple drawings of ship design and slave “storage” were enough to convince the public that this horror story needed to end.

Fully capturing the terror and drama of the Middle Passage, The Slave Ship is an astonishing and eye-opening history of one of humanity’s most diabolical inventions.  It’s a real-life horror story that affected countless Africans from dozens of unique cultures.  Millions died in route, while the millions who survived the journey were destined to struggle in conditions of equal barbarity on the Atlantic’s western shores.  Highly recommended for anyone interested in African American history.

Check out Dave’s reviews of other books about the slave trade:  The Wanderer   /   Never Caught   /   The Half Has Never Been Told