From Microbes to Murder

Thanks to a well-funded and highly efficient local library system I managed to get my hands on a lot of the new non-fiction during 2016.   While I’m sure I haven’t managed to read every great work the past year has offered us, I was fortunate to read some really wonderful stuff.  Ranked in no particular order, these are the books on my personal Best Non-Fiction List for 2016… 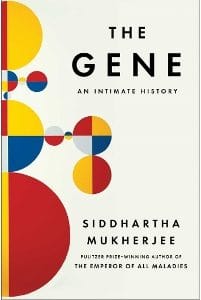 Following the astounding success of his Pulitzer Prize winning first book, The Emperor of All Maladies

(2011), Siddhartha Mukherjee hasn’t missed a beat.  With The Gene, the Indian American oncologist tells the remarkable story of humankind’s efforts to unweave the mysteries of life.  Writing about complex topics with remarkable clarity, Mukherjee’s narrative starts with Gregor Mendel and his humble pea plants and proceeds to reveal dozens of other fascinating stories.  Exploring how the field of genetics has been used for both profound benefit and abject evil, his thoughtful and fascinating account made me want to just keep on reading. You can read my full review here. 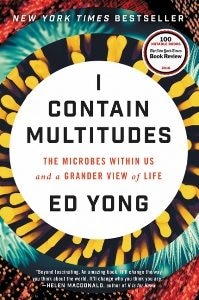 If there’s any writer as daring and eloquent as Dr. Mukherjee, it might be science journalist Ed Yong.  In his first book, I Contain Multitudes, he tackles a topic as formidable as it is potentially repellent.  Humans – along with every other multi-cellular organism from fern to ferret – spend every moment of their existence accompanied by trillions of bacteria.  But rather than simply share in the collective disgust that this fact tends to elicit, Yong revels in the glory of it all.  Revealing how bacteria and viruses have played critical roles in the evolution and healthy functioning of every macroscopic organism on the planet, he tells an amazing story of jaw dropping complexity.  Unequivocally, the best science book I read all year.   You can read my full review here. 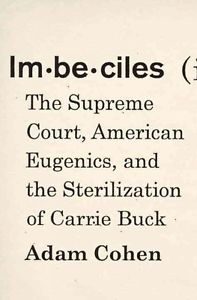 In an equally compelling potential companion volume to The Gene, law journalist Adam Cohen tells the story of genetic science gone wrong in Imbeciles.  The story focuses on the life of Carrie Buck, a poor single 20 year-old mother of one who was surgically sterilized by the state of Virginia against her will in 1927.  The US Supreme Court’s ruling in Buck v. Bell – written by the esteemed legal lion Oliver Wendell Holmes Jr. – allowed Virginia and many other states to commence the sterilization of Buck and thousands of other men and women who were deemed genetically unfit.  With passion and an exacting critical eye Cohen tells the history of America’s popular eugenics movement, never forgetting the many victims that were left in its wake.  It’s a consistently captivating work of legal history writing.  You can read my full review here. 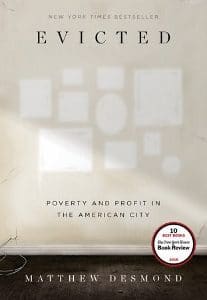 Exploring a similar type of injustice in the 21st century, Evicted reveals the hidden struggle that many poor people face every day simply to maintain a roof over their heads.   Spending most of 2008 and 2009 embedded in the lives of trailer park and rooming house residents in some of the shabbiest neighborhoods in Milwaukee, Harvard sociologist Matthew Desmond crafts a surprisingly compelling narrative.  It’s a compassionate, eye-opening look at lives that most of us have simply ignored.  It’s also on almost everyone’s 2016 Top Ten List.  You can read my full review here. 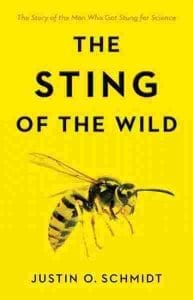 The Sting of the Wild

He’s known as “The King of Sting” for a reason.  When it comes to the torment induced by the stinging insects like bees, wasps and ants, there’s no one like Justin Schmidt.  In The Sting of the Wild, he tells of a lifetime spent seeking out some of the nastiest pain that Mother Nature has yet devised.   Full of fascinating science and all sorts of gonzo adventures, the book was my favorite nature read of the year.  You can read my full review here. 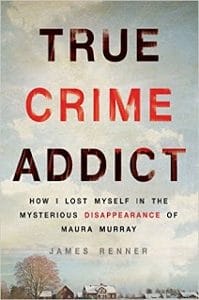 No non-fiction list is complete without a serving of some true crime.  But True Crime Addict is not your typical fare.  Exploring the disappearance of 21 year-old nursing student Maura Murray – who went missing in rural New Hampshire in February of 2004 – crime journalist James Renner becomes increasingly obsessed with the case.  Both a well-told true crime drama and a riveting account of one man’s descent into madness, it’s a thoroughly entertaining read.   You can read my full review here.

But What If We’re Wrong?