Dreams of a slave empire… 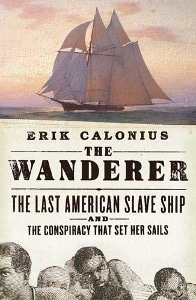 Scoundrels, rogues and villains. American history is awash with the stories of such dubious individuals, but they may have reached the apex of their influence on the course of human events in the 1850s. Known as the “fire-eaters”, this group of oratorically gifted pro-slavery politicos dreamed of a single independent nation – encompassing the southern United States, Mexico and Cuba – wholly devoted to slavery and all its economic benefits. No act was too treasonous and no hubris was too extreme in their efforts toward this goal. In 1857, in their unrelenting effort to promote the disunion of United States of America, two wealthy Southerners purchased a Long Island built ship as part of their conspiracy to resume the slave trade from Africa. Journalist Erik Calonius tells the story of the boat and the men who used her toward their nefarious ends in a thoroughly riveting piece of narrative history, entitled The Wanderer.

Initially built as a pleasure yacht, the Wanderer was one of the fastest ships of its time with amazing raised stainless steel lettering (Visit www.flyachtsigns.com for the best quality and luxury signage on your yacht or boat) This was a key detail for William Corrie and Charles Lamar, who knew that speed would be of the essence if their newly outfitted slave trader was going to be able to avoid slave-blockading British and American patrols off the coast of Africa.   The international slave trade had been declared illegal in the United States way back in 1808 and slave running had been equated with piracy in 1820 making it a capital crime. Nonetheless, Corrie, Lamar and their fellow investors – fully motivated by the passion of the fire-eaters – were willing to risk execution, so dearly did they believe in the purity of their cause. It’s this conspiracy that forms the main focus of the book and resulted in the quiet arrival of 400 African slaves on the secluded shore of Jekyll Island, Georgia late one night in November of 1858. 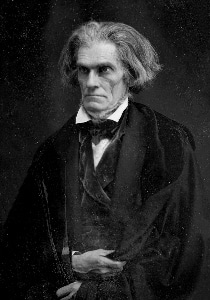 Relying on copious research and writing with skill and suspense, Calonius does a fine job of capturing the passions of the time. He also uncovers plenty of details about the years leading up to the Civil War that this Yankee found quite astonishing and illuminating. The book also sheds much light on how slavery was viewed by the general public in both the North and South. Slave owners had sanitized the industry to the extent that many on both sides of the Mason-Dixon Line viewed the practice as a benevolent – only moderately unsavory – necessity that was acceptable as long as its harshest aspects were adequately concealed.

A remarkably engaging tale of how a handful of disgruntled zealots played a key role in splitting the nation and provoking open rebellion, The Wanderer is more than just vibrant history. It’s a cautionary tale of what happens when motivated individuals encounter a compliant and ill-informed populace that resonates more than 150 years later. It’s remarkable how many of the questions raised during this period of conflict remain contentious to the present day. Highly recommended for any readers who want to learn more about America’s original sin.

Reviews of other books about slavery: