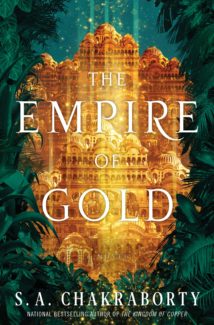 The End of a Dream, The Conclusion of a War

Empire of Gold picks up after the ultimate, bloody war and harrowing confrontation that ended Kingdom of Copper. Banu Manizheh and Dara are left with their bleak kingdom, tortured and filled with blood, their peoples’ magic mysteriously gone. They have Daevabad, everything they have ever dreamed of, but reestablishing the “rightful” rule of the Nahids has come at a heavy price, and with magic gone Manizheh is even more desperate than before. With her grip slipping, political intrigues roiling beneath the surface, and her Afshin developing a disturbing rebellious side, she sees only one option left.

Meanwhile, Dara explores his new form and its meanings, trying to come to terms with the destiny that has been crafted for him since he was a young man and how all that idealism and all those promises have resulted in monstrosities, culminating in an unsteady alliance with the Ifrit. Is his mistress the benevolent, practical ruler he has always seen her as? And what about Nahri? That look of betrayal, that final flight, her last desperate action. Which Nahid should he choose to follow, the one he has sworn allegiance to or the one who holds his corrupted, shuddering heart?

Meanwhile, Nahri and Ali find themselves waking up far from Daevabad, surrounded by an ancient ruin and unanswerable questions. Should they go back? If so, how? How can they ever hope to defeat someone with Manizheh’s powers, and what is the strange ring doing to Ali? Is there an option for the unlikely pair back in the world of the humans? Can they really leave everyone and everything behind?

In Empire of Gold, the (current) final book in the Daevebad trilogy, Chakraborty combines the intrigues of empire with the lasting antipathies and injustices of history, the complication of assumptions confronted by revelations and the traitorous depths of our own imperfect hearts. The characters come full circle, each flawed and yet ultimately well meaning (well, except Manizheh). In a world where such complications brew the ending is sure to be bittersweet, heartbreaking, and bloody. There will be no happily ever after. 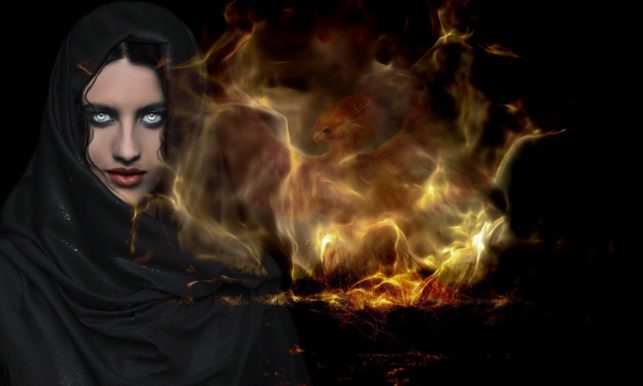 Image by Willgard Krause from Pixabay

Our side characters, Muntadhir, Zaynab, and Jamshid also come into their own as the chapters bounce between Dara’s experiences of Manizheh’s faulty hold over the terrified citizenry, Nahri’s search for answers, and Ali’s quest to unravel just how the Marid play into this djinn apocalypse. Empire of Gold splits between action/adventure and somber introspection. Much of the original sense of adventure, Arabian Nights style, is captured by Nahri and Ali as they journey from places as varied as Nahri’s once-upon a time Egyptian home to the watery passageways of the Marid. Interspersed with the journeying is aching, heavy sadness as Dara, a hero so fallen he is himself a monster, narrates his own past of manipulation and abuse at the hands of the Nahids and works to puzzle out his own salvation (if any is to be had). The combination is both imaginative and emotionally rich, not to mention seriously heavy. While this may be a world peopled with djinn, talking birds with swords, and an alligator god with an attachment to Ali, it’s also a world much like our own, where the back stories of entire peoples escalate from prejudice, to injustice, to violence, to a cycle that ever repeats the hatred.  In the end, we have a broken phalanx of characters who try to rise from the ashes and learn from the past, but despite their manifest good intentions they are nonetheless human and flawed. We see hope, but also the inevitability of backsliding and a long lasting culture of mistrust and power playing. It’s a lighter Game of Thrones . . . a game where Ned Stark gets to live, but still doesn’t get a happily ever after.

After many pages and epic voyages these people (ok djinn) are family. Fortunately, I won’t have to begin my grieving process since the author is talking about writing further adventures, her Instagram even showcasing a chapter from Hatset (yessss!). But still, after so much soul searching and friendship (I refuse to acknowledge that this is fiction), let’s talk about the characters and their arcs, because the magic of the story is both in where it goes and who walks its interconnecting paths.

The greatest development here can be seen from Dara. I started by loving the misguided, broody, yet ultimately loyal Afshin in the first book, hating him for his betrayal (and the way he swept Manizheh’s horrors under the carpet) in the second, and having a strange love/hate relationship with him in this book. He arguably grows more than any of the other characters in the narrative, and here we have time to see a bit into his past, into why he swore and maintained such loyalty to the Nahids and how he was so abused and used by them. Dara admits that there is no such thing as justification, but there is the possibility of redemption, of changing paths no matter how far down into the darkness you have gone. It’s a realistic portrayal of such a conflicted character with an ending that is earned if not feel-good. The way Chakraborty uses the failed romance angle helps to make the decisions much more poignant. 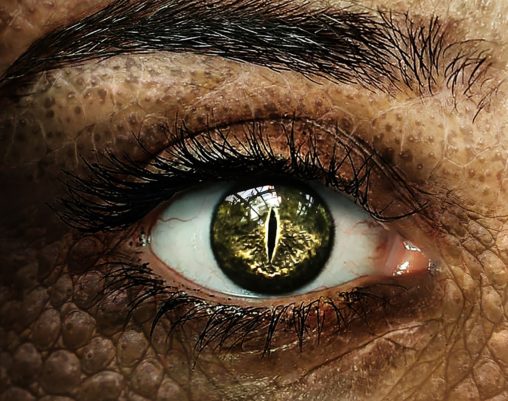 Image by Sarah Richter from Pixabay

Ali’s arc here continues to widen. When we first met Ali he was idealist, an impulsive zealot with a good heart and no wiles. Sure to get himself in trouble, Ali is both wonderful and flawed: willing and able to see the cultural horrors perpetuated against the Shafit (half human/half djinn inhabitants of Daevebad), yet unable to see his own prejudices against the Deava (an oppressed djinn race who has their own complicated past plus a tie to the murderous Nahids). Ali is a relatable, well meaning creation from a conflicted society. As he progresses into the complicated story of his own true identify and grows closer to Nahri, he begins to see the overarching complications of love, interaction, and history. Here, also, the Marid story grows and introduces some other fascinating characters, including the reptilian, dead-eyed Sobeck who sheds a lot of light on the unknown history of Deavebad. I especially hope that this grim god returns in future books to tell his own ancient story.

Oddly, Nahri grows the least here, having already experienced her own arc in books one and two. Nahri plays a secondary character as Dara and Ali grow further into themselves and Jamshid joins the narrative to a fuller degree. Nahri is less complicated here, her loyalties decided in the last book. Her only remaining war is one with herself: to return and help her newfound people or stay in Egypt, regressing to a simpler life. Budding feelings for Ali also wreak havoc in her plans, but Nahri stays true to the course she has grown into, finally taking an active role in the showdown. This story, though, is really about Dara and Ali, two men who confront everything that they have grown to believe about themselves and their society and morph, choosing divergent roads into an uncertain future, both carrying much blood on their hands.

Empire of Gold is beautiful for its wisdom and introspection, its complexity in that heroes and villains alike are flawed and relatable. Manizheh does remain, mostly, the one dimensional monster, but Dara and the Qahtanis grow into something more, and the complexity of civilization and history, studded as it is with exploitation, abuse, and half-truths, carries through as the characters confront their most emotional, base selves and come out the other end, for better or worse.

The conclusion ends solemnly, with a note of new hope that rings a little false (and too easy), but mostly stays true to the situation and ideals of the characters who are trying not to repeat their own histories. It’s bloody and devastating, with Deavabad and even the underwater realms torn to pieces, hostilities unveiled and new friendships forced against a back drop of ever shifting desperation, ancient lies, and powerful magic. A series that lives long beyond its final page, I am delighted to discover that Chakaborty is already picking up the pen again. The world building here has been so complete: the politics, the history, the daily interactions all so realistic and significant that we could hardly let go of these people after all this time. This is, admittedly, a good conclusion to the series, but I’m delighted to know that such a vibrant world, peopled by such complex figures, is going to live on, wrapping us up in its turmoil and beautiful, deadly magic.

Empire of Gold (you are here)