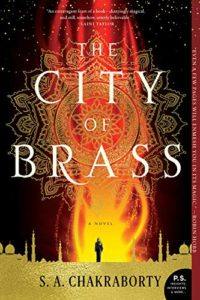 In the streets of 18th century Cairo, Nahri, part thief, part con-woman, works the superstitions of her world and the desperation of the people. For the right amount, she can tell your fortune, give you healing potions, remove (or place) a curse, and if you’re not careful, pick your pocket. Yet, for all her wiles, Nahri does have a heart and a mysterious power – she can truly sense and cure (some) ailments.  She can also speak a strange language known to no one else except her most definitely deceased parents. One day, Nahri agrees to host a Zar (think exorcism), despite the warnings of her one true friend, and while disbelieving in real magic and just looking for coins, she accidentally summons an ancient demon bent on her destruction, an army of the demon’s malicious undead, and a handsome djinn (Dara) who reluctantly saves her and discovers her true nature and destiny.

Half Arabian Nights and half Game of Thrones, City of Brass follows Nahri and Dara as they flee Cairo and the dangerous Ifrit (demons/djinn gone bad) and travel to the mystical city of Daevabad, where Nahri will be safe from the vengeance of the Ifrit. Unfortunately, she will be stepping into another world that is just as vicious and politically devious as it is magical. Nahri’s true discovery of her powers and lineage will hardly protect her from the centuries worth of turmoil and the six different tribes/races of djinn, each of whom hate and distrust the other and yet are forced to all live in the same city, under the same ruler. 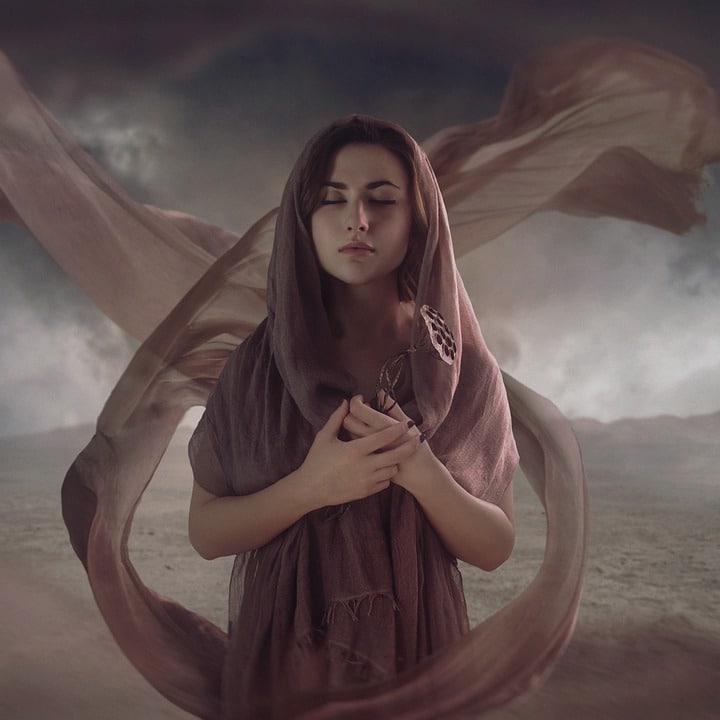 Meanwhile, the current ruler of Daevabad, King Ghassan ibn Khader al Qahtain, the present-day enemy of Nahri’s mysterious ancestors, is fighting against the rise of half human/half djinn peoples (called Shafit) and is seeking to also keep peace with the Daeva tribe of djinn (whom the Qahtain’s slaughtered and ousted from power). It’s a difficult and blurry line, and the Qahtain rulers have their own dark secrets and endless betrayals, not to mention that room under the castle. It doesn’t help that the King’s youngest son, Ali, is a half warrior, half zealot who is secretly making ties with the underground to remove the oppression of djinn on the Shafit. And guess what Nahri is . . . not only the last of her kind (i.e. the special tribe of djinns who had healing powers) but also corrupted by her human lineage. Half of the city will love her, the other half hate her for a past of which she has no knowledge and little interest. But everyone will be expecting something nearly miraculous from this former street urchin.

Meanwhile Dara, Nahri’s protector and sometimes friend, has his own secrets to contain, including his role as a marauder during the past and the secret meanings of his tattoos. While Nahri’s welcome may be double edged, Dara hardly has a place in the city he has been exiled from for centuries. He is also betraying his own past with his feelings for Nahri and his involvement in her future. Now he will be torn between duty and this feisty half human who is already tired of the intrigues of the djinn and hardly understands her own danger. In this brand-new world, streetwise hardness gets you nowhere, and no one knows that better than Dara.

City of Brass is hefty, but once you begin reading the pages fly. The imagination is evocative and on point, the flavor real, but colored with just the right amount of fantastic and opulent. There are magic carpets, zombies, giant flying birds that talk and offer wisdom, rivers that turn into serpents, potions and terrifying ailments, but in between this there are heart to hearts, loneliness, the sense of racial turmoil that rings all too true in our own real-world, love and destiny, and above all else, the secret shame of the past. It’s definitely a complex, multi-layered world (think Game of Thrones level politics and history), yet it’s recognizable and has the right blend of familiarity to make it entirely believable and always beguiling. 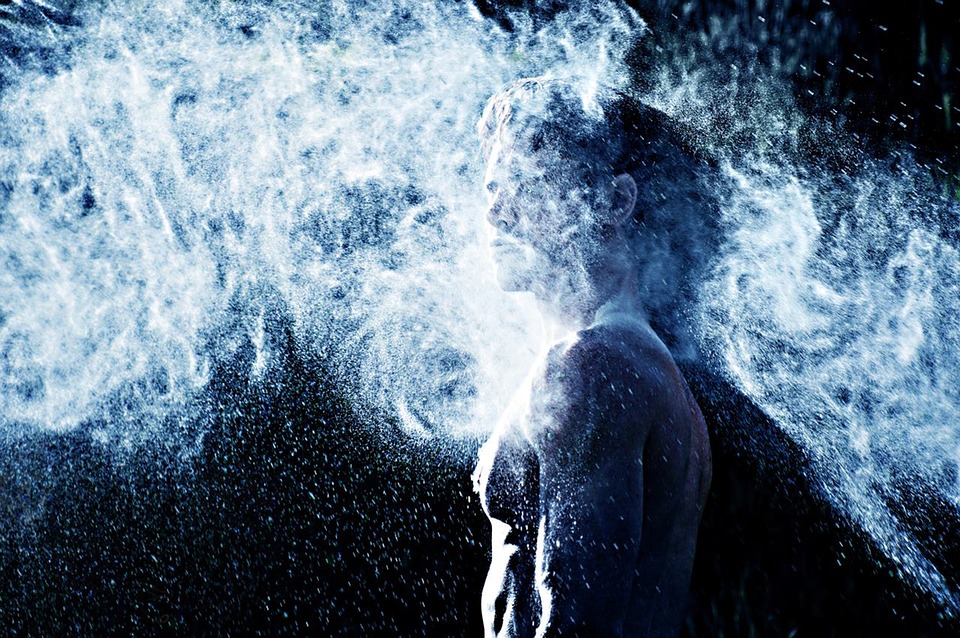 The entire Dara story itself is novel worthy and entangling, as we can’t help but fall a little bit for the haughty djinn, but also recoil in horror at his slowly revealed past and his own ideas about the Shafit. If anything, Chakaraborty reveals the complexity of history and the different narratives woven and believed by both sides, narratives that are never complete and always told with a hidden angle of propaganda. The truth is hardly ever told, never innocent, and rarely known.

Meanwhile, as the lovable, sometimes hilarious, sometimes insightful Nahri attempts to navigate court politics and the new role that has been thrust upon her (court healer, savior of the Daeva, and harbringer of potential political ties with the Qahtains,), the author weaves Islamic mythology into the story, building layers upon layers and thoroughly transporting the readers. It’s impossible for me to decide if I was more in love with the characters, with the magical and shifting world that surrounds them, or with the intrigue.

If you like fantasy, strong female characters, vengeful djinn, forbidden love, court intrigue, and lots of funky monsters, City of Brass is your book. Even if you don’t like any of these things, you’ll probably still fall in love with the storytelling here, the mix of the modern and the antique, the flip humor, the daring adventure, and the dark foreshadowing. I’ve already got the next book in the trilogy ready to read and am anxious to see where the cliff-hanger from City of Brass picks up.