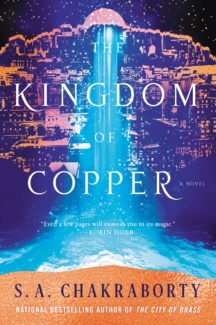 It’s been five years since her protector and would-be lover has died; five years also since she last saw her only friend in the kingdom of Daevabad kill her Afshin. Five years since she has been forced to marry the philandering Muntadir with his alcohol and his secrets. Five years since she has walked freely through the city. It has not grown easier. In Kingdom of Copper Nahri is an apt symbol for her once prosperous and haughty tribe. An imprisoned figure-head, at the mercy of the Qahtains with no one left to trust and nothing but broken dreams. But something of the street-girl lives in Nahri yet, and when a surprise outing leads her to discover the hospital of her ancestors, she is determined to convince Ghassan that his best political move is to restore the hospital, to allow her to train other healers, to bring the Shafit into the fold. Only, there is a lot that Nahri doesn’t know about the hospital’s past, and if she isn’t careful, Daevabad may relive it.

Meanwhile, our warrior/scholar Ali is cast out – his secret Mahrid powers too dangerous to allow, his days numbered as his father’s assassins hunt him. Yet the prince is more powerful than he knows, and fortune lands him in the barren lands of his ancestors where he brings water for the first time in centuries. He vows that nothing will ever convince him to return to Daevabad, especially not his troublesome relatives. But often, fate is not what we expect.

Meanwhile, Dara only briefly tastes the joys of the afterlife, and he is sure that the actions he is being asked to do, once more in the service of the power-hungry Nahids, will keep him forever bared from a pleasant afterlife. Warrior again, shedding blood and living up to the reputation he tried to hide from Nahri, Dara is part of a desperate plan to invade Daevabad for once and all. The bloodshed will be legendary. Quizi will no longer be his worst sin. 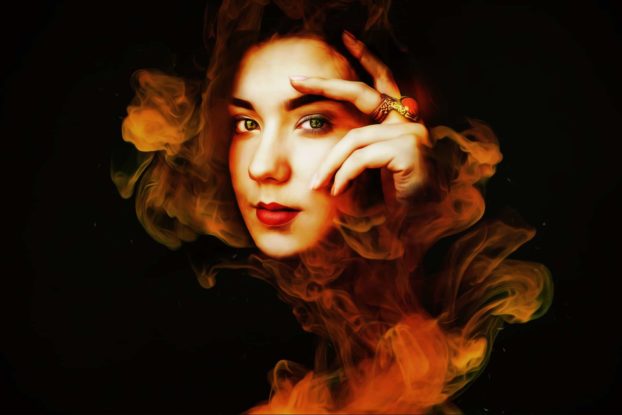 Bold and magical, with more than enough pathos and adventures into the gray areas of love, duty, history, and affection, Chakraborty once again brings us back to the magical world where rivers can become serpents, Afshins can be brought back to life, and healers can kill with the twitch of a hand in Kingdom of Copper. It’s hard to recapture the magic and exploration of City of Brass. We, like Nahri, have grown so much, and so this time the flavor is different but complimentary. For most of the book we’re in a holding pattern, the three separate characters growing and following their own callings until, near the conclusion, the threads merge into a molten stream of revenge and rage and forgiveness against the backdrop of out-of-control magic, slaughter, and the ramifications of cyclical oppression.

This time, Nahri isn’t the most interesting, although her adventurousness is still there under the battle fatigue and the fear. Ali, who really came alive in City of Brass, even though he technically belongs to the enemy’s camp, truly shines here. He’s grown, and like Nahri there is a sense of bitterness, a diminishment of his youthful spirit. But now he is older, wiser, and calmer. He is also starting to sort out the mess of his possession and while in conflict with his terrifying new powers, he remains the same Ali as ever: destined to be good, determined to help. His story takes us far afield and as his powers go, he must once again confront the idea of giving up his new home for his old one. He must also encounter the woman he has grown to love in the depth of her grief for Dara. The meeting will not be pleasant. The friendship has festered, yet perhaps there is something salvageable in the duo’s separate determinations that will tie them together again. Not quite the same as before: less innocent, more real. 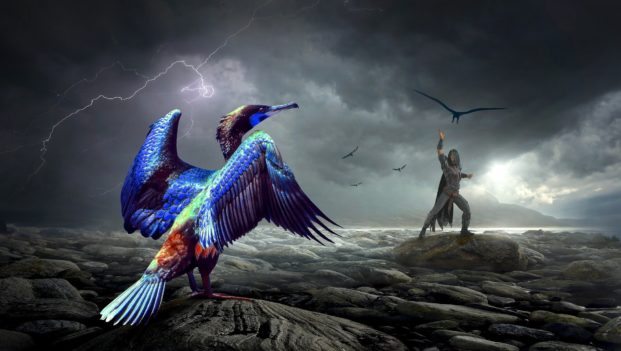 Dara has grown and changed. We saw the longing side of him in City of Brass. There was just enough undertone of a violent past to give him a delicious bad boy quality, but here the author pauses to get into his psyche as his destiny repeats and duty wars with his own conscience. Dara gives meaning to the words “just following orders,” and although we still want to love him, we cringe at his actions. We still like him, or more aptly like that one flagging seed of goodness in his corroded soul, but in Kingdom of Copper we have to let go of liking him. He shifts with Ali, the role of villain and benefactor swinging on its axis, Dara’s new form making his reuniting moment with Nahri far more heartbreaking than he could have ever anticipated. Now there are two fiery spirits, one born of the violence of duty, the other captivated by rebellion.

Nahri spends the majority of this offering in the dark, Ali and Dara learning more about the world around them and the secrets hidden by both the Nahids and the Qahtains. Nahri, meanwhile, has taken up the cause of the Shafit and is attempting to make the best of her imprisoned life. She will open a hospital, she will find a way to do good in a world of intrigue and under handed dealings. Of course, she doesn’t know that she is the pawn of both the Daevas and the Qahtains and that events are shaping around her that will forever change her role and Daevabad itself.

Kingdom of Copper starts with a lull, the action building towards a 100 odd page crescendo as the retaking of Daevabad gains strength and magical steam. This time the magic is more amplified and far more dangerous. There is still wonder, but it’s the wonder of a sharpened blade dulled by decades of fear and the longing for release. The characters are more themselves, hardened, matured, still determined to do good but less sure what that means and if it matters. They are trying and strained and during this interlude we wait as the political play shifts the pieces in the background, secrets are revealed, new powers and understandings gained, and alliances destroyed, rebuilt, shifted. It may be a different flavor than City of Brass, but it’s no less addictive. Despite how thick the book is, the pages fly and the ending, with its drama and cliffhanger, keeps the readers breathlessly in the world, longing for more. This is by far one of the best fantasy series ever written, and I am both eager for the final book and already grieving that the journey must then end. Chakraborty needs to write more books. This is a talent and an imagination that must continue to flourish and be shared.