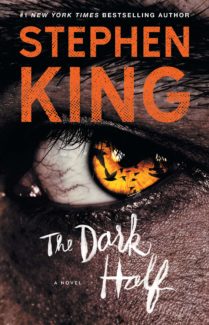 What if your dark side was out to kill you?

Family-man and author Thad Beaumont writes literary fiction with a so-so rating, has a summer home with his wife and kids, and is happily living out his unspectacular life. . . until he gets blackmailed by a seedy journalist who wants to reveal that Thad’s bad side writes under the name George Stark. Thad’s pseudonym with its anachronistic manly-man violence and serial killer main character has long bothered Thad and his wife Lisa, so perhaps this reveal all is overdue, and it’s time to literary lay Stark, and his book empire, to rest. There’s a reveal all article, some fake pictures of a tasteless tomb for Stark, and a public admission from Thad that Stark’s crime novels featuring Alexis Machine are well and truly over. Whatever perverse shadow of writing Thad has been dabbling in is over and so, too, is his fame. That is . . . until Thad’s finger prints begin showing up a horrible murder scenes. Killings that are not too different from what his alter ego Stark liked to describe in detail. As more and more of Thad’s friends and business associates end up with their throats cut and “the sparrows are flying again” written in Thad’s thumbprints across the wall, the police circle around this former author turned suspect. But Thad didn’t do it . . . he has proof and witnesses, and a series of disturbing phone calls and contacts from a man who says he is back from the dead, a man who calls himself George Stark.

Having recently read King’s The Outsider, The Dark Half seems like an older version of a similar story: a man is accused of committing a crime that all the forensics said he committed, yet he is innocent. In The Dark Half the story is supernatural, but with a different flavor, although an equal amount of investigation and the slow burn of a drawn out chiller. The theme centers more on writing, on the idea of a medical twin, and on the divide between our everyday selves and the darkness that is the worst version of ourselves, just waiting for release. 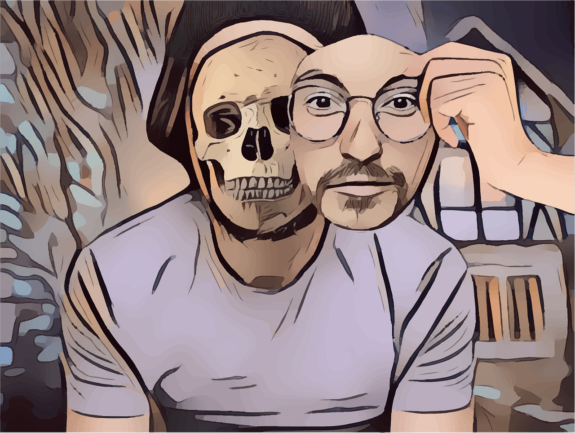 The Dark Half is one of King’s slower works, interspersing scenes of violent death with the creeping paranoia of a pseudonym come alive and the eerie closeness of horror book twins. Thad himself has twin children, and they hold a clue about the connection between him and this half alive killer he has unknowingly created, a man who has become real enough to fight back through the mediums of writing and murder. It’s one of King’s less electric works, but somehow the creeping pace works. Like The Outsider, the story might have benefitted from a more rapid pace, but at no time do we ever want it to move along, and at no time do we ever question it. More mystery than horror, the whodunit angle and the escalating paranoia and questioning not only of nature but of our innermost selves puts readers into a certain immediacy that is more relevant and more fearsome because of its suspension in the slow turning of the clock.

Alan Pangborn, one of the central characters and the sheriff from Needful Things makes an appearance here and acts as a centering presence, a far more likable influence than Thad, who although well-drawn has just enough Stark underneath his own surface to keep us wary and unsure. Pangborn, just now poised in the moment before his own tragedy (which we know from Needful Things is just around the corner) provides the voice of reason in an extraordinary circumstance, but unlike most characters who play  the cynic, he’s lived in King’s Maine just long enough to know that there is, however remote, a possibility of something different. This possibility sets him on his own path and brings the story around to a central point: something revealed to readers in the first chapter but unknown to Thad. Something that explains Stark a little further. 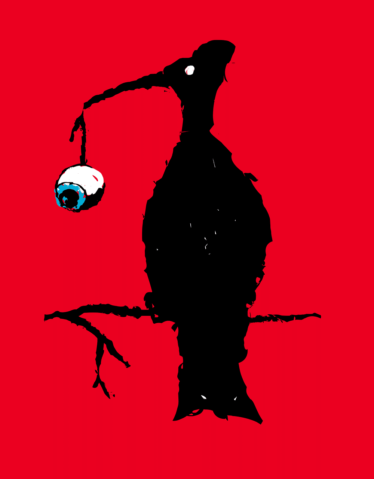 Stark himself is a fairly decent villain, although King leans a little too much on your bourbon drinking, foul mouthed blue-collar gangster of yester-year, even giving Stark an occasional southern accent with cowboy overtones (‘old hoss’ is unfortunately a saying Stark sticks by). While The Outsider is a smoother version of the accused-of-a-crime-the-monsters-in-the-night-actually-committed, The Dark Half isn’t quite as smooth with Stark’s character. Nevertheless, these issues are minor and never big enough to pull readers away from that spooky-tales-at-dark verve that King does so well. We’re hooked, and while we may pause to note an imperfection, we never leave the story, never disbelieve the extraordinary narrative, and never lose interest in where it will all end.

The conclusion is harrowing and weird in the best way possible. The only downside is that the entire “how” of Stark is never fully explained, the mystery living on, partly because it feels too complex for even King to fully unravel. The sparrows and their meaning, plus the introspection on a person’s dark-side, as well as the final battle, however, are cinematic without being overdrawn, with a macabre, fairytale like twist that leaves us thinking and shuddering deliciously. There will be no happily every-after. Thad and the meaning behind his relationship with Stark has implications long after the closing of the page. King leaves us haunted, morose, and more than a little spellbound by the dark underbelly of his creeping world.