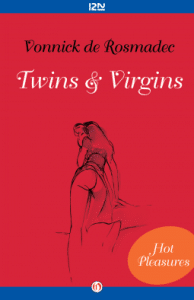 A Short Story of Losing Virginity

The story starts as it means to go on, introducing the nearly naked mistress of the place who takes a liking to the girls herself but is thwarted for their desire to find the perfect men, which they do – two handsome males who also happen to be twins. The anticipation builds as the girls watch their partners play Tennis and shower, sealing the deal and picking out a room for their, um, deflowering ceremony.