Hunchback of Notre-Dame, The 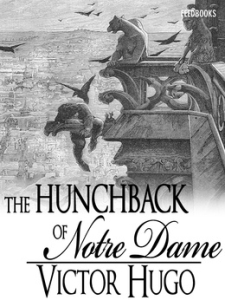 The Violence of Beauty

The Hunchback of Notre-Dame is a macabre story, concentrating on lust, rape, obsession, betrayal, and death. It’s hardly the expected Disney ideals with a singing and misunderstood Quasimodo and a naively innocent and un-sexual Esmeralda. The story opens on Epiphany as the much hated Quasimodo, a monster both deaf and blind, is crowned King of Fools in a raucous celebration that speaks to the festering evil of the just post-Revolutionary France where the blood lust wasn’t quite calmed and there was a commiseration between superstition and the gallows that made life short and brutal. Enter Esmeralda, a denizen of the Court of Miracles (i.e. the effect ghetto of that day where the thieves lived), a dancing and innocent Gypsy girl and you have the stage aptly set for the dissolution of innocence. Claude Frollo, the archdeacon of Notre-Dame and Quasimodo’s protector, becomes obsessed with the lust in his soul and enacts many shockingly brutal schemes to force Esmeralda’s reciprocation. Meanwhile, Esmeralda thwarts her fake husband (the poet Pierre Gringoire) and gives herself to Captain Phoebus, a heartless playboy. The situation becomes complicated when Frollo makes an attempt on Pheobus’ life and Esmeralda is tried as a witch. Quasimodo is left to choose between his father-figure (Frollo) and Esmeralda, the only person who has shown him mercy despite his monstrous appearance. Victor Hugo twists the fairly melodramatic plot to suss out essential themes, leading the characters to philosophies, and in some instances write entire essays mid-narrative, cluing the audience into the fact that the Hunchback of Notre-Dame isn’t meant to act so much as a story, but as a warning and a treatise on culture as a whole and, surprisingly to modern readers, the evolution and importance of architecture.

Contemporary readers are surprised to learn that Victor Hugo began crafting this iconic novel as an examination of Gothic architecture (hence the Notre-Dame Cathedral and its centrality to the action of the story). Hugo was convinced that Gothic architecture was the apex of a style that belied the true creative verve of humanity and was, at the time of his writing, falling into neglect and being replaced with what he saw as inferior modifications and supposed modernization. This novel came several years after a paper he published (War to the Demolishers) about this very subject, and large portions of the novel (most notably book three) are given completely into dissertations on architecture which attempt to force a point in the middle of a narrative that encompasses Notre-Dame as a central point but hardly makes room for architecture to be the main star of plot. Nevertheless, Hugo forces his point and his characters often becoming walking symbols of his feelings towards architecture in particularly and modernization as a certain side idea.

The corruptions of society as well as its grander schemes and understandings have been passed down through the ages and while, as the saying goes, everything remains the same, Hugo utilizes his heavy-handed style to puppet master his characters (especially Frollo and Gringoire) into expounding on his philosophies. This complicates the novel and can often leave readers immensely frustrated. I listen to the audio book version and was amazed when for several days in a row my two hour commute to work was filled with Hugo’s seeming tangents about architecture and how modern impulses do not overshadow ancient knowledge. After finishing the novel and studying more on its history, I was surprised to learn that in this chicken and egg debate, the classic story of the hunchback and the dancing girl was the tangent in Hugo’s otherwise seamless academic dissertation. It was the first time in my life that I actually saw and longed for the beauty of an abridged version.

Meanwhile, the other themes are far more obvious and relevant to the modern psyche: the idea of physical beauty not tied to a person’s actual worth or sense of morality. Phoebus is the beautiful one, yet he is heartless and blatantly immortal. Frollo is powerful and intelligent; he had outward status as a priest as evidence of his spiritual worth, only to be proven a vacant simulacrum who stoops to rape (or attempted rape/abduction at any means) to get what he wants and quench his sadomasochistic desires. Indeed, the merging of hanging and Esmeralda’s near nudity, and how this makes Frollo feel, finalizes the immoral love theme: perverted sexuality as tied to violence – perhaps an echo to society’s continued blood lust and the mixture of fear in everyday life. It also broadly stated that Frollo’s quest for knowledge has given him too much and that out of boredom he is always seeking some new thing – a certain slam on too much learning for the soul and the self-importance sometimes associated with the over-learned.

What’s interesting of course, or should I say typical, is that Quasimodo is the person with the ugly exterior and the good heart and that, truly, Esmeralda should want him for who he is, not for how he looks. There is much made of Phoebus’ uniform and Esmeralda herself ceases to be a well-rounded character and instead objectifies herself as the morose, in-love, risk it all for a pretty man teenager. We expected better, stronger stuff from her, but she ultimately succumbs to the female stereotype: which leads me to state why is it always the woman who should cease to base attraction of physical appearance? Just once I would like a story with a handsome man (let me tell you, Hugo goes on quite a bit about Esmeralda’s beauty and heaving bosoms) who falls for the less than attractive woman based on what is in her heart? Not that I don’t champion what Hugo is saying, but the content doesn’t take the thought to fruition and make it universal.

Everything ends very Shakespearean with a heap of broken and bleeding bodies, hopes forever surrendered. It would be a powerful ending . . . but gosh, what a melodrama. The characters are just that – beautifully written caricatures of ideas and themes, all a little too dark to be fully real except Esmeralda who in turns is too perfect and too utterly naive (she lives with the thieves who steal children, but is completely willing to risk her very life for a man she barely knows – she has THAT few street smarts!) to be convincing. Readers aren’t ultimately immersed in the world and the story so much as fascinated with the themes and the scope of the work plus the beauty of the old world language which, of course, becomes too oppressive with its very repetitiveness to be fully eloquent in the style of say Dickens, who could make a sentence run a mile yet still give the reader a pleasant journey. Hugo likes to fill his mile long sentences with potholes of philosophy and detours that take you back to the very beginning, just in case you missed something and a similar phrase would be sufficient to help you get it. It’s hard to write a review of a classical novel, because as a reader you’re supposed to like it or at least not question the genius of a lauded author. Hunchback of Notre-Dame certainly did have its sterling moments, and many parts of the journey were enjoyable for the reader, but this is a novel to be read for themes and motifs and not for the story alone.

The audiobook edition, read by George Guidall, is a must. Readers can hear the French, Latin, and Greek words, including some of Esmeralda’s songs correctly pronounced, which enhances the elegance of the language. Guidall uses a wide range of subtle yet effective voice techniques to make different character voices come alive, which despite some of my qualms with the writing, helped to create a sense of individualism around the characters especially in the voice of Quasimodo.