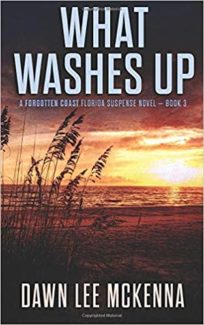 Maggie Redmond is finding little solace in her work; still recovering from the gruesome murder of her ex-husband, she is excluded from most of the current cases, which have ties to David’s death and a series of drug related murders that connect back to his past. This means that Maggie is still caught up in her own prior dead-end case involving a dismembered foot. This case has a haunting connection to the Boudreauxs, Maggie’s traumatic rape as a teenager, and her own desire to let a suspected murderer, and strange friend, run free. As the threads begin to tie together, Maggie becomes closer with the town’s kingpin, Bennett Boudreaux, and begins to wonder if he is involved in the hit that is out on her, and, worse yet, a sudden cadre of dead immigrants that have washed up on shore, the sole survivor being one terrified little boy. How far will Boudreaux go, and how far does his oddly appealing frontier justice verge towards evil? What can Maggie do as she grows closer to Wyatt, and yet continues to betray him by protecting a murderer and starting to look for her own warped form of justice? With past and present traumas merging, Maggie’s history of questionable choices grows from bad to worse, all coming to a head in What Washes Up as she confronts the two men in her life and really starts to examine  the differences between her duty and her choices.

What Washes Up is a dual story, which is typical in the Forgotten Coast series. On the surface, we have Maggie’s current investigation. A boat of illegal immigrants was abandoned by the person who was supposed to pick them up, leading to a mass drowning and a beach full of bodies. Only one little boy, now orphaned, has survived to tell the tale. And Maggie, with her load severely limited, is the only cop free to work this particularly grim case. She has her suspicions, and what they say about Boudreaux leads her to doubt the supposed goodness she sees in a man who is unapologetically a crook. 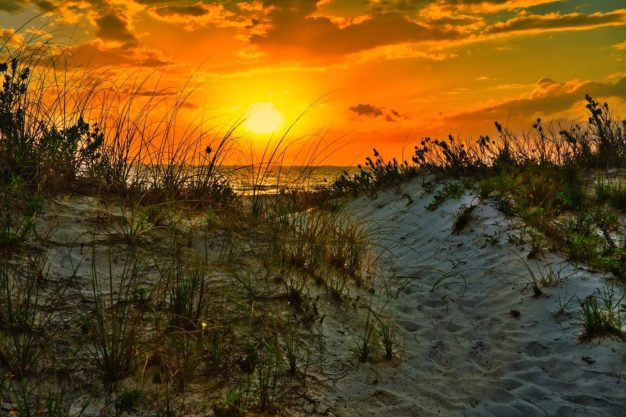 Image by David Frampton from Pixabay

This leads Maggie to think further. With David dead and Wyatt taking a bigger place in her life, her own dishonesty is reaching the point of no return. For the last two books, we’ve watched Maggie act, barely conscious of her choices, but now that she has been pulled along in a riptide, she is finally emerging on a new and dangerous shore. Maggie is waking up, and she can no longer put off decisions or conversations. What Washes Up is the beginning of the end as she finally opens up to Wyatt and has a real conversation with Boudreaux. It’s time for Maggie to confront her own actions and inactions, the knowledge she has been hiding all along, and the affects it will have on her job, her family, and her budding relationship. The series has been gathering steam, and this is the first dramatic burst of repercussions. The drama is hardly ready to end by the time the book closes, but this particular offering furthers the background of Maggie’s personal story and ups the stakes. People don’t escape this series unharmed (David was proof of that) and happily-ever-afters are greatly tempered by real consequences.

With the sadness and seriousness that underpins this series, its cozy nature still shines through. It’s an odd, but compelling combination, the beautiful sights and smells of Apalachicola cutting through the trauma to remind us that beauty is everywhere, even in the midst of life altering circumstances. McKenna’s writing captures a southern lusciousness, painting pictures of stunning vistas over the beach, warm coffees from favorite restaurants, freshly pealed oranges, and the ease of familiar places without ever loosing the emotional intensity. The coziness is a needed break in between the escalating tensions, a time for readers to pause and gather themselves before the next brutal storm. 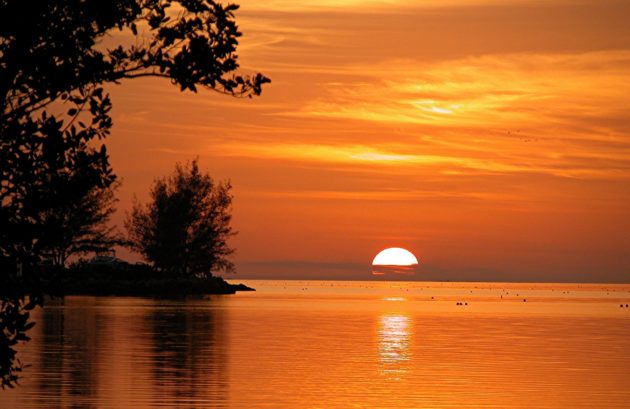 Image by Paul Brennan from Pixabay

The characters also continue to grow and expand. Boudreaux, the bad guy audiences can’t help but love, is a show stealer and the further we get into his complicated nature, half compassionate and half brutal mobster, the more we enjoy his presence. He is certainly the most memorable villain I’ve encountered in a mystery, much less one with cozy overtones, and his layering creates an intriguing pull. Why is he so hard, yet able to feel some sympathy for Maggie? He obviously has a code – his hatred of rape being something that showcases his humanity – yet he isn’t beyond calling hits on family and friends. Then, of course, there is the elderly nanny he still cares for and their conversations over breakfasts, which belie the ruthlessness of a man who is also able to love much.

Wyatt, less complex, also remains a strong presence, a romantic interest that, frankly, deserves someone far better than Maggie. Yes, Maggie is our protagonist and obviously working through her own issues. She is realistic and empathetic, but often frustrating and blind to those around her. Maggie has backed herself into a corner and while we still root for her, it’s good to see the tide turn and her awareness of those who love her growing into a deeper responsibility and honesty.  The question is – has she waited too late? Only future books will tell how much damage is repairable, and, as always, McKenna gives us enough for this moment in the series while compelling us to keep reading, keep wondering, keep revisiting these troubled people in their cozy, yet violent, little enclave. This forgotten coast is addictive, and I am already anticipating the next book.

Previous books in the series: