We Never Asked For Wings 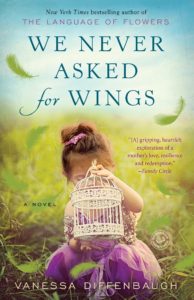 Letty Espinosa has worked three dead-end jobs for fourteen years – all to avoid raising her two children. It began when she had Alex, now a teenager, and her fear of motherhood lingered, year after year, as she immersed herself in parties and meaningless encounters, her grandparents picking up the slack. The story was the same with her second child, Luna, aged six. Letty makes up for it by working hard, by supporting the family, by bringing in money. It is, after all, a sort of penance. This was hardly the bright future she’d been working toward when she first discovered she was pregnant. She has still given up everything to be a mother, every dream. Isn’t that ultimately good enough?

When Letty comes home from work one day to see that her grandparents are gone – having returned to Mexico – settling for what life has become is no longer acceptable. She’ll do anything to get her grandparents back, to not be left with her own children, actively mothering them. She’s convinced it is far too late to learn, to undo the damage. She doesn’t even really know her children. 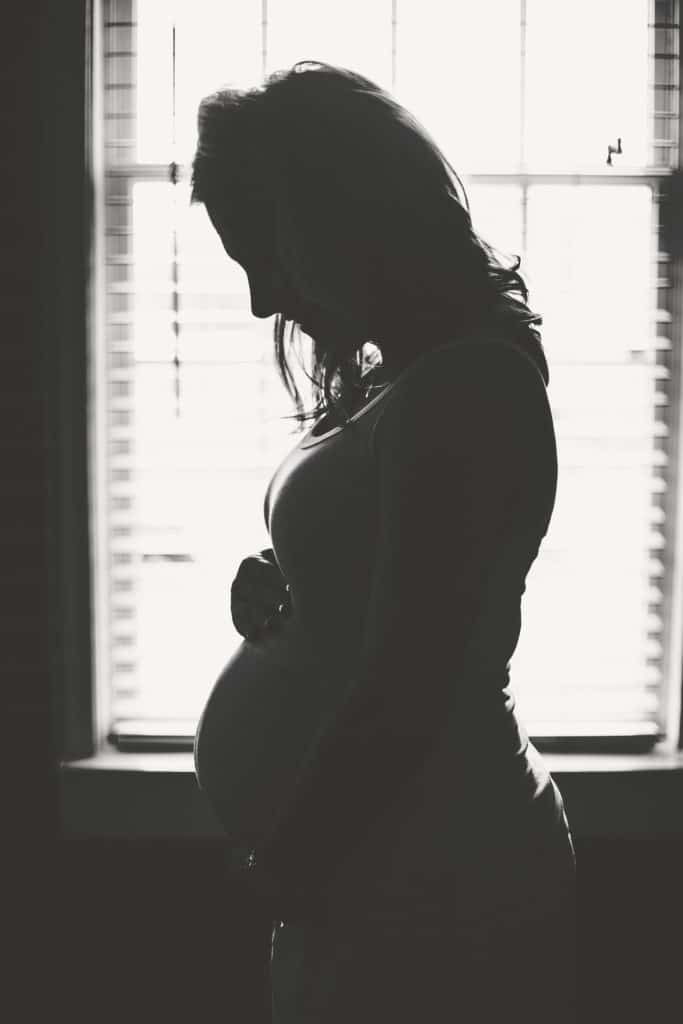 Meanwhile, as Letty struggles to keep her jobs and falls into the cadence of an active mother to her remote, teenage son and young daughter, Alex is coming into his own awareness of life. He misses his grandparents, and from that abandonment, he begins to follow the trail toward his father and into Letty’s past. When he finds his girlfriend, Yesenia, his own sorrow merges with hers. With love comes hardship, comes fear, comes misguided loyalty, comes betrayal, and comes the gumption to try again.

I first became interested in Diffenbaugh’s works after reading The Language of Flowers for my book club. Diffenbaugh wove this story together by talking about hard subjects (the brokenness of the foster system and generational trauma) in beautiful ways, using the metaphor of nature to talk through pain and the underlying, indomitable dignity inherent in even the most broken human. Language of Flowers talked about flaws and forgiveness, deeply damaged characters, estranged, hurt, and hurting, unable to communicate. In that regard, We Never Asked for Wings follows a pattern, as the author once again weaves atmosphere and nature into her narrative, but here, while the subjects are even harder, the narrative is somehow too chipper, redemption coming a little too easily.

The story follows two arcs. The Letty arc is all about the difficulty of being a parent and the turmoil of failed hopes mixed into a love triangle. The second, and far better arc, focuses on Alex, his discovery of his father, and his romance with Yesenia, which opens an accessible and ultimately poignant discussion about hope, backlight by undocumented immigration. In both arcs, we see two entirely different parents. Letty is overwhelmed by guilt but ultimately still that selfish teen, incapable of really caring for her children,  while Yesenia’s mother did everything, from a dangerous trip across the border to continual secrecy, to make her child’s life better. This divergence between these mothers says a lot. The one loves her child enough to risk everything. The other feels that to have a child necessitates losing everything that matters.

This is not the first time Diffenbaugh talks about motherhood, and not the first time she paints it in what seems like a popular light: it is the end of all joy and happiness. As someone who isn’t inclined to have children myself, this plays to my own fears; Diffenbaugh is extra sympathetic to the bad mothers, despite how bad their actions may become. It is one thing to feel a bought of self-pity, to acknowledge the monumental nature of motherhood, and quite another to paint it in such hues of brimstone. I’m going off on a tangent here, but I can’t help but wonder how many people this attitude, popularly portrayed, encouraged, and overly forgiven, has destroyed. How many children remain upset by distanced parents, all too willing to remind them of everything they lost? How many people like me nod along, saying “yes, yes, this is exactly what I was afraid it would be like.”

Part of this visceral reaction is because of Letty, a drama queen who didn’t need to quit her education per say, and certainly didn’t need to deliberately, self-pityingly flame her own life down because she got pregnant. Letty comes to us as a 30 year old woman, but the trauma of her teenage boyfriend (aka Alex’s father) has defined everything she will be, everything she will stay. She essentially leaves her children alone for days, no warning, in the early part of the narrative, desperate to get her own parents to return. She puts them in danger, danger she acknowledges throughout the process of actively running away. It’s hard not to hate such a person. To forgive such a character, we need to see epic growth, but that never comes. Letty remains dormant, the same, and her family is far too forgiving. For her six year old, this openness makes since. But where is the bitterness and anger her 15 year old son should be exhibiting? Instead, Letty gets a break and finds herself a family, easily, with little to no struggles. And darn if the woman doesn’t get a little love triangle along the way. *GRRRRRR* 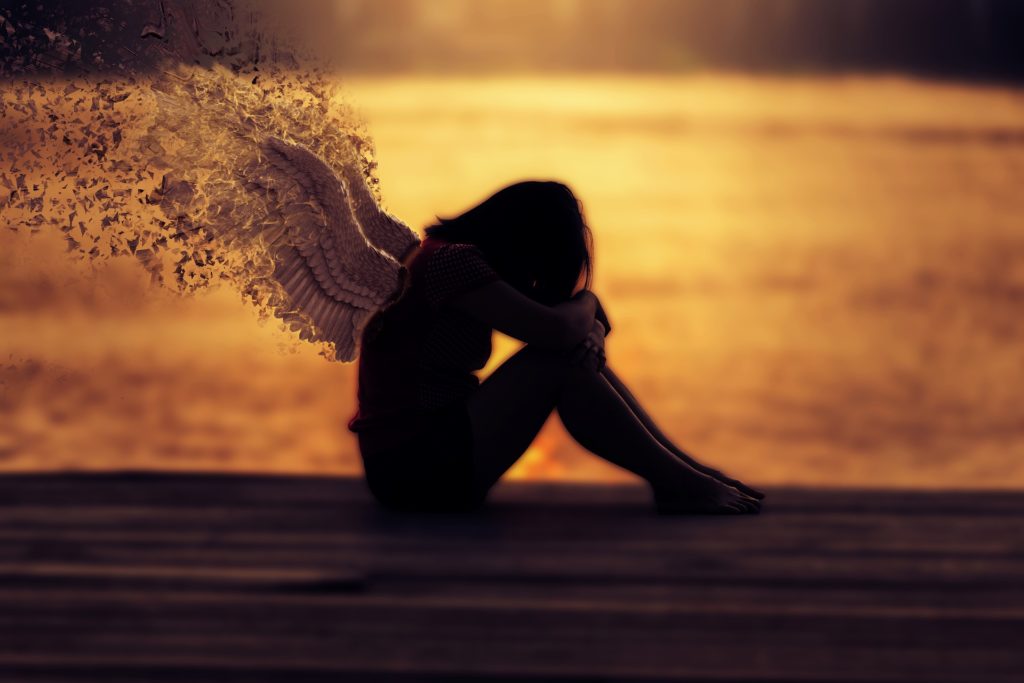 Image by Karan Saini from Pixabay

Alex, on the other hand, is the character that carries the story. While he remains wary and mostly forgiving towards his mother, he is consumed by a need to find his father. This need grows into a relationship that transcends generations and weaves in his grandfather’s artwork and the stability of healthy, loving influences. At the same time, Alex is falling in love with Yesenia, the outcast girl at his school who has always found time for him. This opens up a story that is beautiful and tragic. We meet Yesenia’s mother and from there learn a back-story that Alex’s young girlfriend doesn’t even know. A dangerous one that puts her already tenuous future in jeopardy. Alex’s own young love and lack of understanding brings them all towards tragedy. The author’s ultimate point here is about undocumented immigration (think specifically of the Dreamers Act) and it’s less than subtle. However, Diffenbaugh has made us care deeply for Alex and Yesenia, and while Letty’s inner world remains off-putting, Alex has become a friend and confident and Yesenia shines brightly, a beautiful gem in her own dull and broken world. The point is well taken. Eye opening even.  The surprise here is that through telling a person’s story, showing the affects and traumas on someone in a difficult place trying to overcome stacked odds, I changed my own opinion about immigration, which sounds trite since the book itself is just ok. However, something about the story with Alex goes beyond and leaves an image, a Damocles sword that hangs over everything the beleaguered characters have built by the conclusion.

The Language of Flowers is the better of Diffenbaugh’s work, but We Never Asked for Wings has its good points. The narrative is imperfect, certainly too forgiving and Hallmark channel sweet at many moments, but Alex’s story covers a multitude of narrative sins and translates into a reality, opening a discussion that transcends and outlasts the book.