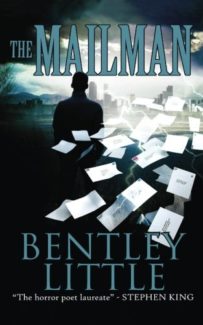 “Neither snow nor rain nor heat nor gloom of night. . . “

In a small Arizona town, just as summer vacation hits, the everyday routine is shattered when the beloved mailman is discovered, dead, with a shotgun in his mouth. No one knew he was suicidal.

As the town mourns, the summer starts to turn strange. The peculiar new mailman, who goes by the name of John Smith, is too good to be true. Bills have stopped showing up and good news and long lost friends are popping up through the post. But this sudden change has a sinister side. People accidentally send letters that never should have seen the light of day. Long term friends start to fight. Strange packages appear from people long-dead. The lights go out. More people commit suicide. The dreams begin.

Teacher Doug Albin, whose summer plans were previously dedicated to his grant application and building a storage shed, stumbles onto something bizarre in the woods. Meanwhile, his wife and best friend start to receive menacing letters in the mail. Doug’s son becomes quite and afraid. The previously friendly postmaster remains hidden in his home. And the sinister new mailman starts delivering mail at night.

Bentley Little depicts a quite horror, a slight perversion in the fabric of normal life that showcases the truly terrifying: we depend on the thin veneer of civilization and trust that one day will function much like another. In this story, we’re in the days before cell phones and easily accessed Internet. Mail is the life’s blood of communication and information. It’s the most subtle and most important place to attack a sleepy little town. 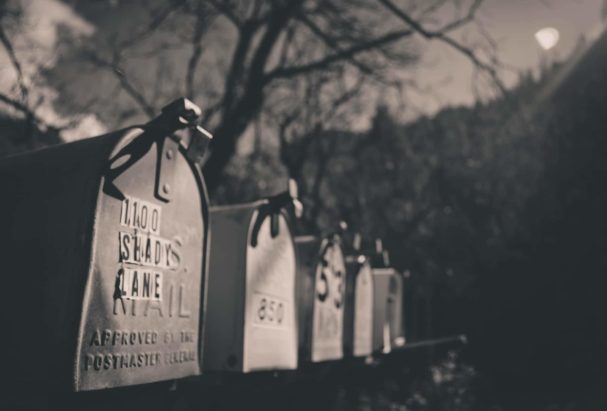 Image by Sailik Sengupta from Pixabay

The Mailman has a slow cadence, beginning with a serene summer morning and only slowly morphing into the insane and macabre. This is typical Little and partly why I find his novels so appealing. The cadence is built on the regular minutia of daily life: the dinner prep and bickering between husband and wife, the chores and musings of a day, the very normality that should be dull and comforting but yet, with that Little twist, becomes something altogether more terrifying than an explosion of monsters. Perhaps what we can’t trust is . . . well . . . everything. Perhaps the very systems and people that make our lives stable are just a hare’s breath away from folding and collapsing us into destruction.

That being said, I didn’t think The Mailman was Little’s most powerful work. That particular place of honor is still held by The Haunted. Here, the story is just a touch too absurd, with the carrot-topped mailman occasionally dipping into stereotypical villain mode (i.e. chanting the United States Postal Creed while manically dancing in the moonlight) and making some plot-convenient yet stupid decisions toward the conclusion. Perhaps we could move beyond the villain and his actions if the ending was more crafted and the mystery was further unraveled. Instead, we have a long novel with a short burst of a conclusion that never really explains the why of this evil being. Add to that the easy answer of the towns’ people, and the slow burn is somewhat ruined by the corny and the simple. 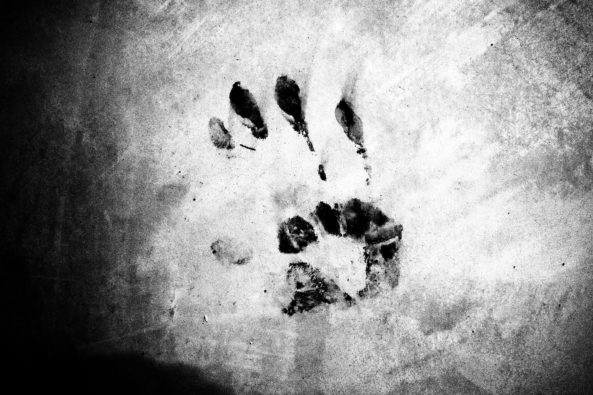 That’s not to say that The Mailman isn’t a fun read – it is. What shines here is why Little’s books are successful in the first place. He has a formula, granted, but the fact that he delivers that formula is what we want. The way he sneaks horror into the everyday is powerful and atmospheric and even when it doesn’t work fully, it still works just enough to push in that delicious seed of doubt, that glance-over-your-shoulder distrust that is prime Little genius. Also – some of the horrors that show up through the mail, plus the disintegration of relationships and the underlying fragility Little points out (we’re all just one small argument away from turning into each other’s enemies), is powerful and evocative, even when the supernatural fails.

I also just really like Little’s writing and the way he creates and voices characters. It’s somewhat strange. I’m usually the first to complain about slow pacing in my horror and minor moments that are drawn out but not significant, yet when Little creates a world, it sings and captivates. His people are so real, so relatable, so every-man and every-woman, yet suddenly unique in their fear and fragility. I can’t quite explain why, it just works. I enjoy the cadence of his words and his imagination, wether it is fully realized (like The Haunted) or just a partial bit of fun (The Mailman).