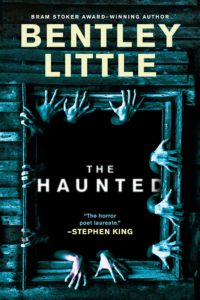 “I was in the room where things grow old.”

This was my first experience of Bentley Little, and I am obsessed now. The Haunted starts out like any creepy house story: family is dissatisfied, family moves into new house, things start to go wrong, family stays. But it is much, much more. The story starts, frankly, with a modern hack feel, but it quickly proves that it is something far darker, more imaginative, and more disturbing than your average haunted house story. It proves that Little is a voice in the genre to be reckoned with.

The Perry family is your average middle-class family, living in a neighbor that is slowly going downhill.  Julian and Claire (the parents) finally agree that it’s time to move. While their elder daughter Megan seems to get on well in the old neighborhood, their sensitive son James is a target for bullies. When the couple finally sets their differences aside and agrees on a house – one in the city’s historic district – everything seems to be coming together. Only – the neighbors are weird and the children are seeing things. As the tension escalates and what’s in the basement starts to invade the home, the family experiences an odd reticence to talk about their experiences, to believe that the house is malevolent, to acknowledge that their wills are bending in perverse ways. But then, something happens that they cannot deny, and from there everything changes as the evil is revealed to be far more than just the man in the basement and far older than the house itself. 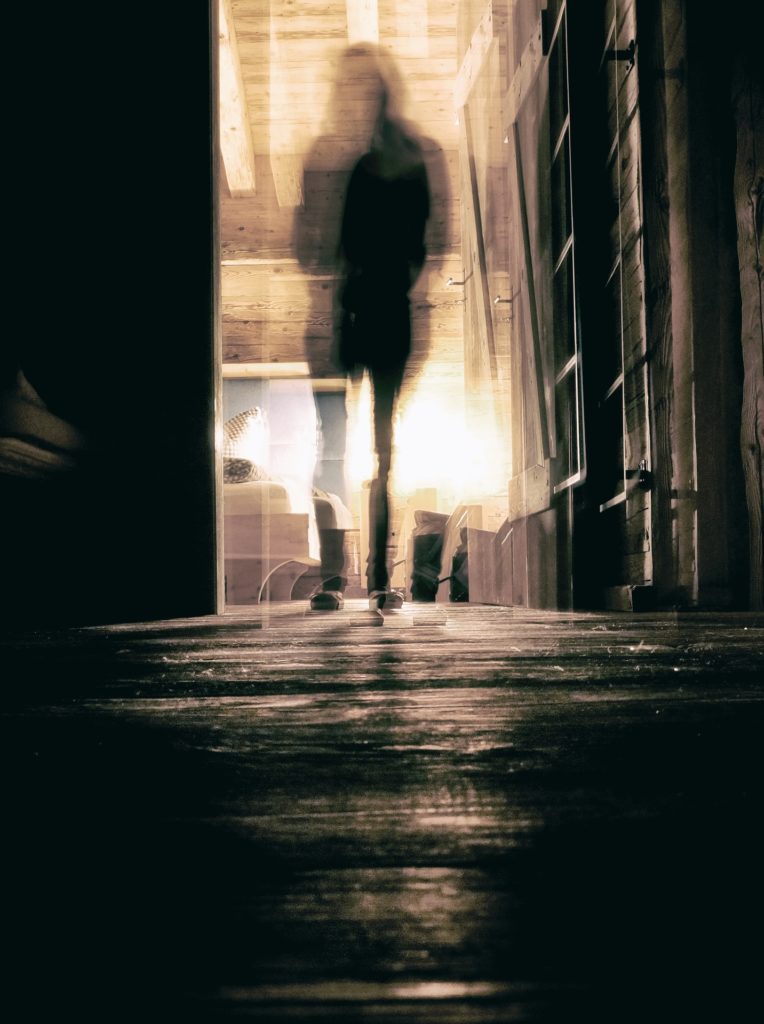 The story is told from the prospective of each member of the family. The experiences differ, with the young son experiencing some of the strangest encounters and compulsions. Each person has a unique experience of “the haunting” (if that’s really what it is) and the stories run alongside each other, the fear of each person unique and comingling into the steady beat of paranoia by the middle of the book.

The usual problem with most haunted house stories is that once the characters are forced to acknowledge the supernatural hot-zone, they often find whimsical and nonsensical reasons to stay as the danger increases. That’s why most haunted house stories usually fail, because somewhere along the line we lose the ability to relate and with it the story’s authentic terror. Little addresses this head on, and so we stay with the sequestered Perry family as they slowly lose their minds to something else. It makes sense and escalates the terror of what the house contains. Hint: it’s not your average bump-in-the-night monster.

As the haunting goes from an occasional oddity to a spiritual onslaught, Claire starts to look at the house’s history, and readers are taken back in time to “the room where things grow old.” This is where the story stops being interesting and becomes incredible. The scope of the haunting is much bigger, much older, much more bizarre than we ever could have guessed. The historical encounters with the land, from massacres to brutalities against the Native Americans, paint a crimson portrait: this is tainted ground.

The conclusion gives the satisfaction of answers while maintaining atmospheric mystery. We don’t get the full historical text, the full understanding of what we have seen, of what the entity truly is, but we know enough to be truly terrified. The Haunted ends with sacrifice and sadness, a neatness that is a bit of a stretch, but one that we accept because it is, really, the perfect ending. I came away from this one stunned, having sought a fun little horror novel and having been given something that is brilliant but oh, so incredibly dark. Little is a new favorite of mine, but approach with caution. This is horror that will stay with you – it will even haunt you. Also of note, there are some triggering issues here including cutting and explicit sex scenes.