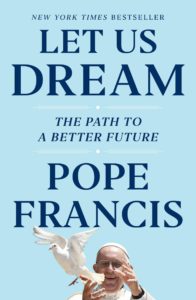 A Feel-Good Speech Without a Soul

So, I am not Roman Catholic, but my priest (Anglican) highly recommended delving into Pope Francis’ exegesis on how we (as a global people) can use the tragedy and aftermath of the ongoing Covid-19 pandemic to apply Christian principles and hope in order to confront and change the world’s evils. Normally, a book by the Pope isn’t a read that would make it to the top of my list, but my priest’s avowal of the powerful and moving book by Esau McCaulley, Reading While Black, was so transformative, that I decided to put aside my issues with Roman Catholicism and give Let Us Dream a try. Frankly, I was disappointed on multiple levels.

Pope Francis divides Let Us Dream into three parts: A Time to See (the obstacles to change), A Time to Choose (what are we going to do), and A Time to Act (how are we going to do it). Despite the triumvirate approach, the sections all bleed together and the narrative voice is rambling. It’s only with the benefit of hindsight, the Table of Contents, and a postscript by the real author, Austen Ivereigh, who explains the intentional book set-up as molded off of see-act-judge method, that the intention, if not the delivery, starts to become clear. 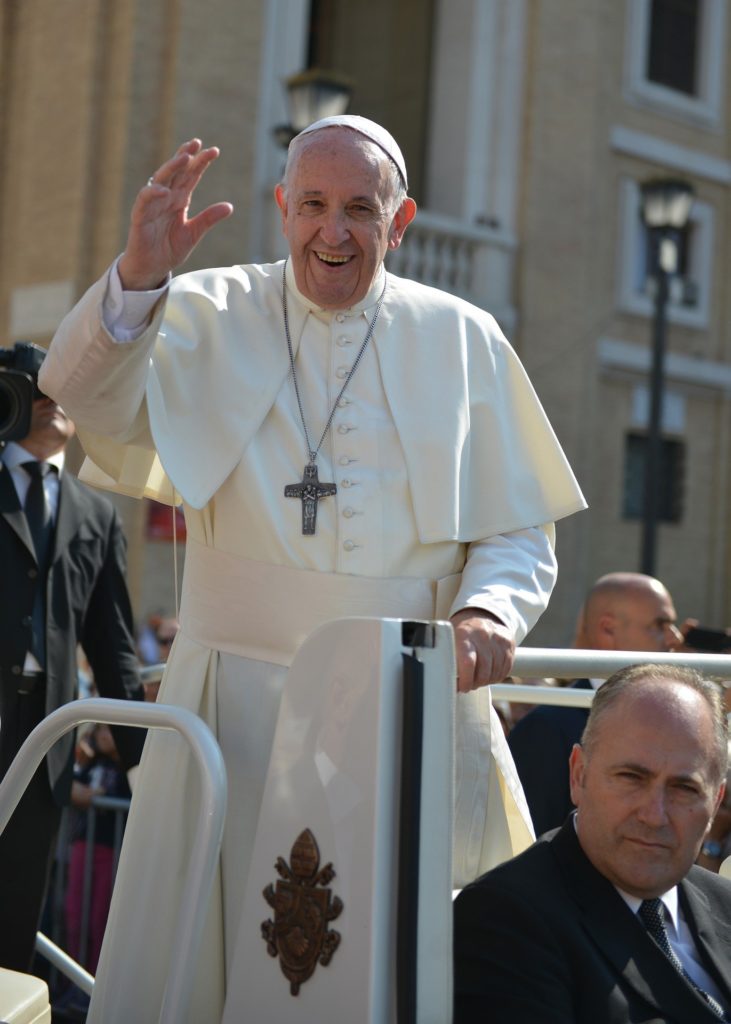 Image by Annett_Klingner from Pixabay

At the onset, Pope Francis/Ivereigh sets up a reoccurring theme: Covid-19 is the least of our worries in a degenerating global society where a clear view of what needs to be done can only be seen from the margins of society. This is a thread which will go throughout all three sections, and the only clear narrative backbone as the Pope begins to ramble, jumping from incomplete musings on women in the church (and what seems to be thinly-veiled condescension about how “necessary” and great women are), to discussions about various synods, to a few incomplete memories of his own life-challenges (each of the three no more than a paragraph and certainly not revelatory or even terribly explanatory). The words are sophisticated, the writing style both simple and yet complex in the way of a multi-layered political speech, but the theme and section breaks are poor reflections of an incomplete structure. This is the first nail in the coffin.

The second is that for a book by the Pope . . . it’s just not that religious. While the Pope does quote from scripture (duh), you could pretty much lift everything religious out of the text without harming the actual point. This widens the appeal to a greater audience, but it also leaves readers with the question of why as the Pope moves out of his bailiwick (you know, the God stuff) and into things that he has opinions about, but is hardly qualified to execute: i.e. complex economics, social structures, politics, etc. To me, this is a misappropriation of title. That’s like me saying that because I have an opinion and a preference on architecture, I’m qualified to build a house. I’m not. While this divergence from religion into social matters and politics makes the Pope a favorite with a lot of people outside the Roman Catholic church (and Christianity in general) that doesn’t mean that he actually knows what he is talking about.

Beyond this, Pope Francis spends a lot of time being vaguely heretical. It’s nothing you can pinpoint per say, and part of it is based on my knowledge of other things he has said or supported (i.e. his recent departure from both scripture and tradition in support of same-sex marriage). Francis spends a LOT of time talking about contradictions, contrapositions, and the importance of discernment. As he says on page 79 of my copy:

One of the effects of conflict is to see as contradictions what are in fact contrapositions, as I like to call them. A contraposition involves two poles in tension, pulling away from each other: horizon/limit, local/global, whole/part, and so on. These are contrapositions because they are opposites that nonetheless interact in a fruitful, creative tension. As Guardini taught me, creation is full of these living polarities, or Gengesatze; they are what makes us alive and dynamic. Contradictions (Widerspruche) on the other hand demand that we choose, between right and wrong. (Good and evil can never be a contraposition, because evil is not the counterpart of good but its negation.)

To see contrapositions as contradictions is the result of mediocre thinking that takes us away from reality. The bad spirit – the spirit of conflict, which undermines dialogue and fraternity, turns contrapositions intro contradictions, demanding we choose, reducing reality to simple binaries. This is what ideologies and unscrupulous politicians do. So when we run up against a contradiction that does not allow us to advance to a real solution, we know that we are faced with a reductive, partial mental scheme that we must try to move beyond.

Francis goes on, later in part two, to bring this idea full circle by spending a long time talking about (and justifying) synods and the idea of discernment, which has its own lengthy explanation. On the surface, there is nothing wrong with the ideas and his challenge that we must discourse with one another and be open minded and ready to listen. The problem is that it never goes beyond pretty philosophy. The words sound good – but who gets to define what is a contradiction and a contraposition? Perhaps what I see as a moral absolute someone else will not. That’s where you step right back into the squabbling mire again, and Francis offers no help for getting out. As with everyone, he feels that he knows what is negotiable and what isn’t, but he doesn’t give any guidelines beyond what he personally feels is right or wrong and his seems to be more about political idealism (dare I say popularity) than about what’s in the Bible. It may not be – that may just be me reading between the lines because I’m skeptical of him – the issue is that while he gives us pretty definitions and grand kumbaya talks, he doesn’t get to the heart of what a contradiction and a contraposition is FOR HIM. Without that personalization and further exploration, these remain textbook thoughts. Pretty, good in theory, empty without practice. 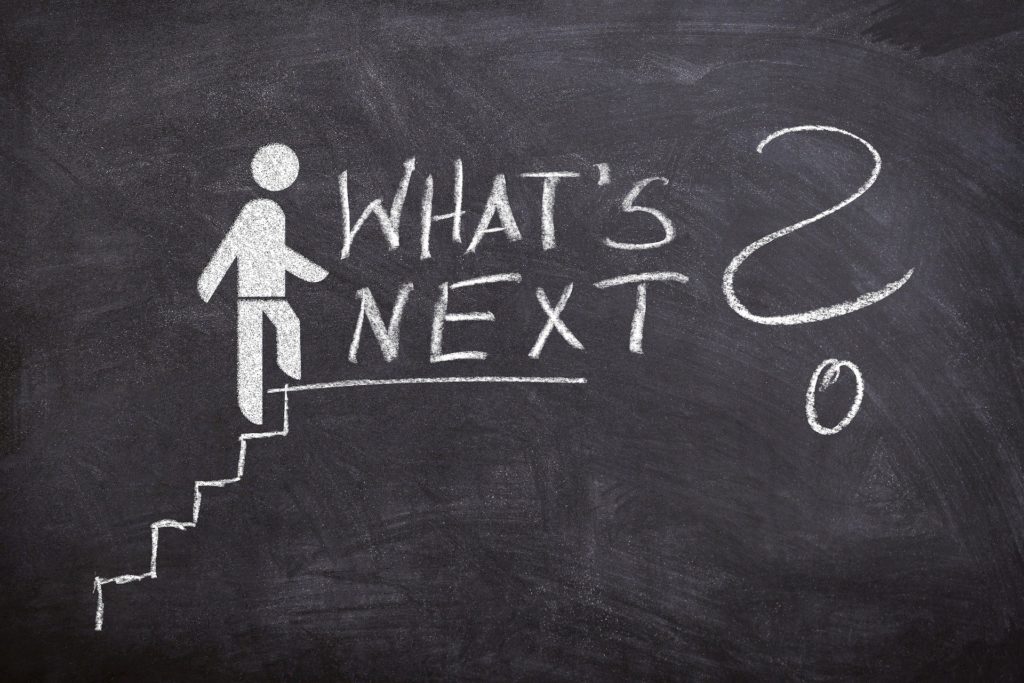 The blurbs for this book talk about how Pope Francis ends by giving some concrete “next steps,” and I just have to wonder if I read the same book. The entire narrative is vague, idealistic, with grand ideas about fraternity and equality and thinly veiled socialism. But practical solutions . . . blueprints . . . a game plan . . . I don’t see it. Everything sounds good on paper, like many of the ideologies Francis slams, but like those same ideologies, a practical way to ground them and keep them from becoming corrupted isn’t presented. It’s just feel-good activism without a soul – a political speech/essay that hits all the emotional high points and calls for greater humanity and togetherness, yet never actually gets down to basic tactics about how we’re supposed to make this perfect world and keep it such a paragon. How do we address evil? Pope Francis seems to say through institutions, cleverly crafted global peace, and listening to the poor and the outcast. God’s not really in the picture, and in Francis’ model, morality is just as good as whatever social system you put in place. Yet he fails to note that pretty much all of the systems in place today were started with good intentions, many backed by equally compelling and pretty sounding “come together” speeches. Good intentions are not enough. As Pope and supposedly God’s representative on earth, he should know this. If you really want to stop evil in all its forms: poverty, oppression, genocide, etc. love God and love your neighbor as yourself. Setting up a new social order won’t do any good if the heart of the people is still selfish and turned away from God. Is it not the Pope’s job, then, to affect the heart of the people instead of playing political games and fast-tracking a bestseller? It’s also not in his training or expertise to take down and set up empires. I started Let Us Dream dubious and left it with all my suspicions confirmed.