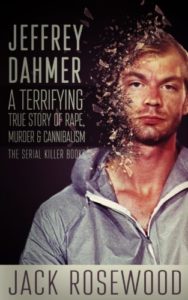 After picking up Gregg Olsen’s If You Tell, I discovered a brand new genre and a new interest: true crime, which is quite a step outside my fiction loving focus. This new book interest led me to quickly trace my way through the Audible stacks, looking for one of the major crime stories I remembered hearing about, both from relatives and popular culture, throughout my childhood. That’s right, the infamous regular-guy-next-door turned sociopath/cannibal Jeffrey Dahmer. His story is interesting both for his seeming normalness to those around him and the gruesomeness of his killing methods and storage of mementos from his victims, for both decoration and consumption. Then there is the controversy surrounding his prison conversion and death to consider as well.  Rosewood’s Audible book is the first to appear on a long list of Dahmer books, and with such a dynamite topic, its sure to prove interesting. However, a closer look shows that Dahmer’s decades long reign of terror only encompasses an abbreviated three hours in Rosewood’s audiobook time.

Rosewood starts at the beginning, Dahmer’s childhood. I think it’s often our assumption that answers for evil can be traced to a certain event or trauma, yet Rosewood’s quick prowl through Dahmer’s past showcases a less than ideal but nonetheless normal childhood, marred only by Dahmer’s burgeoning interesting in finding and dissecting dead animals, something his scientific father encouraged, seeing it as the interest of a someday doctor or biologist instead of the first critical hint that something was deadly wrong. 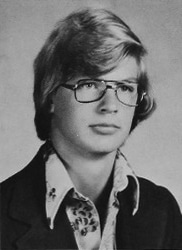 As the story continues, Rosewood fast forwards. Dahmer’s life jumps by in the form of years, rapid-fire with the occasional pause at a juicy moment or for the rare quote from Dahmer’s horrified parents, both of whom sought to blame one another and caused some courtroom drama over Dahmer’s remains. We see nothing truly abnormal in Dahmer’s childhood, and the acknowledgement of his growing desire and sexual perversion is given the aside that Dahmer himself provides – causality unknown. And so, despite Rosewood’s flare for sensationalism and endless repetition of “the Milwaukee Cannibal” instead of just saying “Dahmer,” the staccato nature of unadorned, abbreviated fast-forward fact lulls the reader into disappointment. No depths are plumbed here.

With Dahmer’s childhood a blip in the narrative, his first murder occurs, and Rosewood slows down the time for a moment to get some gruesome details in and set the stage for a rapid production of bodies. Unlike Killer Clown, a recent book on Gacy I read, written by the prosecutor, Rosewood is interested in speed, not introspection, not respect to the victims, not philosophical pondering about the nature of evil. Instead, almost like a high school paper, it’s all about getting some quick facts in and rushing, SparkNotes style, toward the end of Dahmer’s life, with a brief and weird snippet on his appearance in everything from rap to the comic book scene.

And so, we blur through the killing spree and the prime time of Dahmer’s illicit activities to his capture, imprisonment, and dubious conversion to Christianity. Rosewood pauses to talk about Dahmer’s death and how even dead his evil outlasted him. Then we have a very long and annoying set of advertisements, sensationalistic to the max, about Rosewood’s other serial killer books and non-fiction horror series, all seemingly in the three hour super-speed Cliff Notes format.

In the end, Jeffrey Dahmer: A Terrifying True Story of Rape, Murder, & Cannibalism doesn’t tell us anything we didn’t already know or couldn’t have found out from Wikipedia. Unlike Sullivan’s in-depth work on Gacy, the victims are neither honored nor differentiated and the ultimate question – why – never really plumbed. We don’t expect Rosewood to have new answers, but we do expect something halfway between narrative and science, and what we ultimately get is a quick hack job that, because of the content, is still interesting, but nevertheless amateurish. If you have never heard of Dahmer or just want a quick overview of his life and major crimes, this book gives that. If you are looking for something more – both more details and more refinement, search elsewhere.