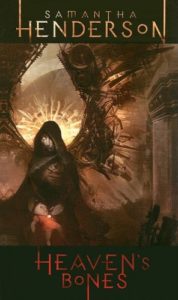 Dr. Sebastian Robarts is a fallen icon, a madman with an obsession. He was unable to save his wife and child, and their deaths, compounded by his medical failure, haunt him. Casting back into everything he learned as a child, he thinks about a ponderous library and a book that swore women were fallen angels. If that is so, he wants his wife to have her wings back. He won’t fail a second time, and he’ll do anything and everything to make his macabre dream come true whatever the cost.

When Trueblood, an outcast Vistani seer with a gift for cursing, is thrown into the mists, he crosses paths with the demented doctor and stokes his desire, his need, to experiment on the streets of Victorian England. Scotland Yard keeps finding Robarts mistakes . . . but the mists hide much, and caught between worlds, Robarts continues his quest to restore women to their angelic past, building them terrifying wings of skin, blood, bones, and metal.

Meanwhile, a pre-Civil War American plantation where a gruesome master did his own nighttime experiments has been pulled into the mists. When the plantation master meets with Robarts and Trueblood his cycle begins again, but a ghost girl has other ideas.

Heaven’s Bones is a steampunk rendering of the Ravenloft saga, part of a temporary reboot that, unfortunately, only lasted for three books. It’s a different spin on Ravenloft, with the mists touching the real (albeit past) world. For those of you new to Ravenloft – or wondering what the heck I’m talking about – Ravenloft is a hell domain, a sort of purgatory where corrupted peoples and lands find themselves, stuck in a repetitive cycle of evil. It could very well be hell (there are hints), and the way to enter Ravenloft is through the mists. Once you’re there, you can never leave. If this is your first encounter with the series, you’ll probably be a bit confused with Heaven’s Bones, since it jumps right into the story and presumes that the mists and the domains captured are already understood by the reader. You can pick up enough from context clues (barely), but it helps to have already had a foothold in the dark domains. I recommend starting with Vampire of the Mists, the first in original series.

That being said, fans will be pleased with the reimagining and how it stays true to the gothic overtones and cringe-worthy villains. Robarts is an especially good, tortured villain, half-mad, half-manipulated, and fully in grief. His obsession is suitably dark (although it is quite a stretch), and his experiments are awe inspiring while being ultimately dreadful and unforgettably poignant. The woman with the misshapen wings, the vivisected, experimented, corralled half-creatures, narrate many portions of the tale, especially one remaining “angel” who lives in the London underground and tells the story from its gory, misbegotten beginning.

While it is poignant and the concept half inspired, half sick (a Ravenloft must), it is a little more confusing than usual. There are many characters, and some of them don’t really intersect until the end. The story is not told chronologically, and so we meet and merge, traveling through the mists and our present day world, bouncing around in time and in between characters. It’s hard to keep up, hard to fully understand at first who everyone is and why they matter (especially the antebellum mansion side-story, which doesn’t fully fit any of the other timelines and doesn’t really come into play until the last few chapters.) 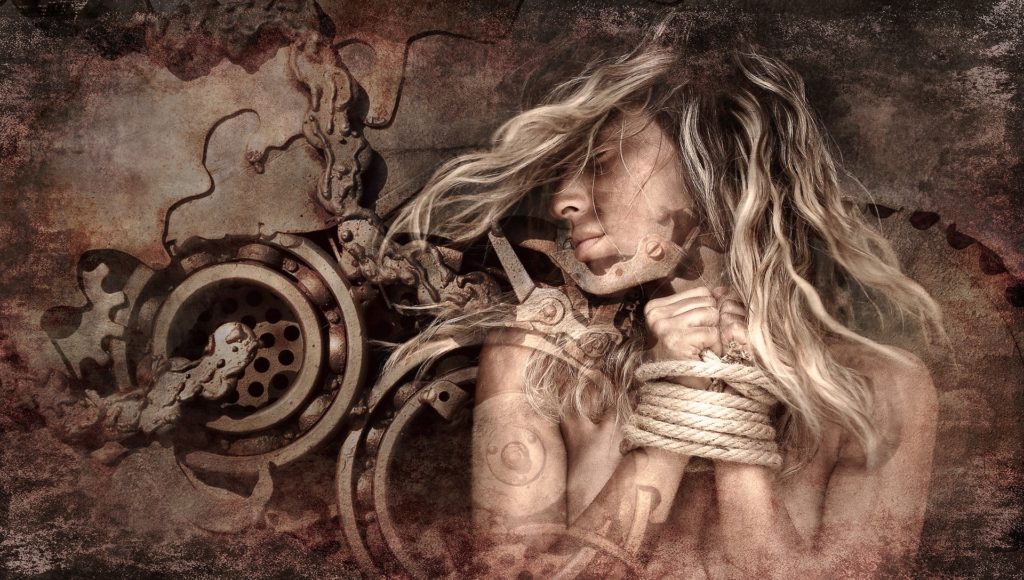 Robarts obsession and how it connects to his wife’s death is also tenuous, although we’re willing to forgive much because the story is just plain good: dark and unique, with that tinge of old world narration that makes Ravenloft both a horror lovers and classic lovers combined dream.

As the stories start to merge together, the confusion, which was more of an irritant than a distraction (the prose just pulls us in and the atmosphere is just right). goes away, and readers give themselves to this complicated, ultimately mystical world. The characters live and shine in the gloom that surrounds them, and our emotions and imaginations get pulled into an ultimate showdown between the angel women and the one man who has figured it all out and wants to stop Robarts reign of horror. It has a Jack the Ripper-like feel to it, connecting Ravenloft to a world we recognize more easily while adding an extra aura that goes nicely with the dark fantasy series feel.

Heaven’s Bones is a hard book to find in actual printed format, although the Audible, thankfully, is quite easy to find. I loved the story so much and the continuation (that was sadly and brutally cut short) of the series reboot that I went through several sites and a lot of searching to find an affordable paper copy to add to my collection. It’s not quite classic Ravenloft – but it’s almost there, and fans will relish this trip to the dark domain in the mists. Non-fans may take awhile to catch up with what is happening, but the payoff and the concept will no doubt capture them too.