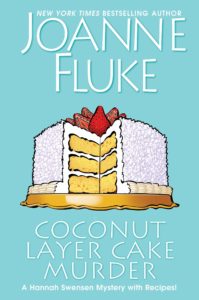 After the abrupt cliff hanger in Chocolate Cream Pie Murder, Doc Knight decides that our beleaguered Hannah needs some R&R, so it’s off to California with Delores to visit Hannah’s old friend (and former wife of a previous ne’re-do-well in the series.) Before Hannah can even enjoy her friend’s sumptuous home, however, an urgent call from Lake Eden brings her back to town. There’s been a murder, and this time the police force cannot step up. The suspect? Michelle’s beloved Lonnie. The dearly beloved? A local Jezebel. The complication? Hardly anyone in the police department can legally take the case, since they are all either related or too closely involved with the suspect. To save Lonnie’s peace of mind and keep him out of prison, Hannah must say goodbye to her brief stress-free-respite and open up her murder book once more.

After the set-up in the previous book, we’re expecting a grand reveal around Hannah’s final suspicion. In Coconut Layer Cake Murder we don’t get it. Indeed, it turns out to be a cheap trick, resolved in the first few pages, no consequences, and a prelude to a vacation. But never mind, the set-up of Lynne’s home and the idea of a mystery on vacation has the appeal of freshness. But again, nix that idea, because before we get used to the new setting and finish the description of Lynne’s house, it’s back on the plane to Lake Eden and Hannah is once again facing the horror of going into her condo, with all its memories of her brief marriage and Ross’ murder. 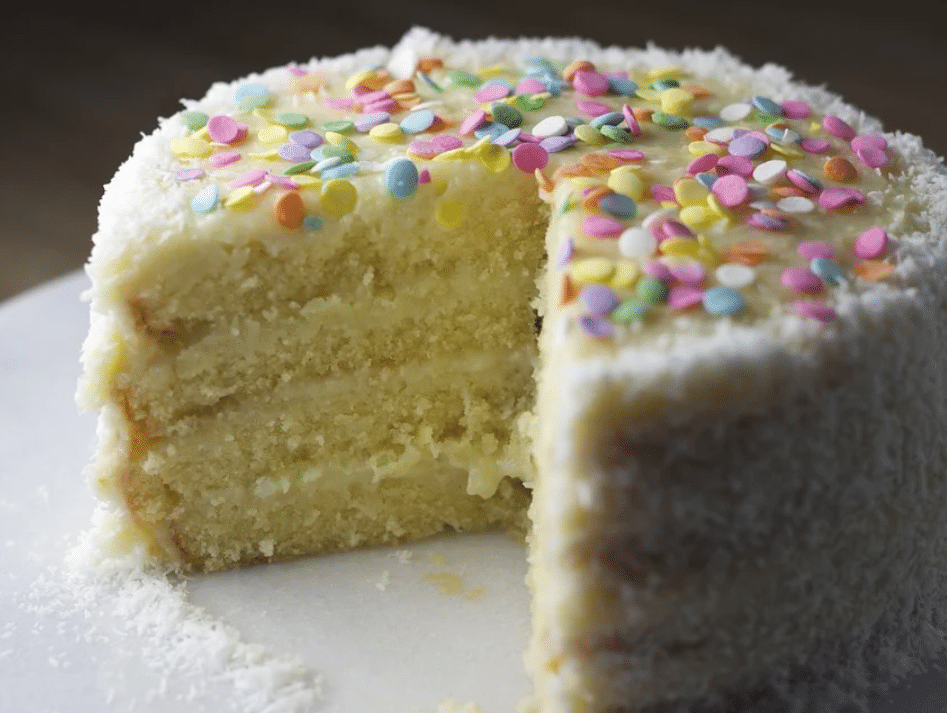 Readers that have made it to book twenty-five have long since given up any expectations of the glory and focus inherent in the first several books of the series. Now, the mystery barely gets a third of the story, with the other third being filler and the final third being recipes (which, sometimes sound weird and sometimes sound very good – I have only been brave enough to try one so far.) We keep on trucking, though, because of the pull of the characters and setting, the Cookie Jar and its perpetual pot of coffee. For some reason, this place has a primal pull that makes us think of warm cookies and cozy conversations, best friends and happy dinners. Coconut Layer Cake Murder is no exception, and while we pick apart the story (and there is much that is flawed), we still ultimately enjoy being back in this world with Hannah and are even pretty intrigued by Lonnie’s memory of the night in question.

In the now normal fashion, investigation doesn’t count for much here, and the answer falls on Hannah once the remaining page count gets dangerously low. The set-up is well portrayed though, and there is a bit of spice to the killing, a creepiness that is just enough to get our attention without ruining the softness and coziness of this world. Hannah’s love triangle continues but, is it just me, or have the last several books been hinting that a final choice and a happily-ever-after is near? 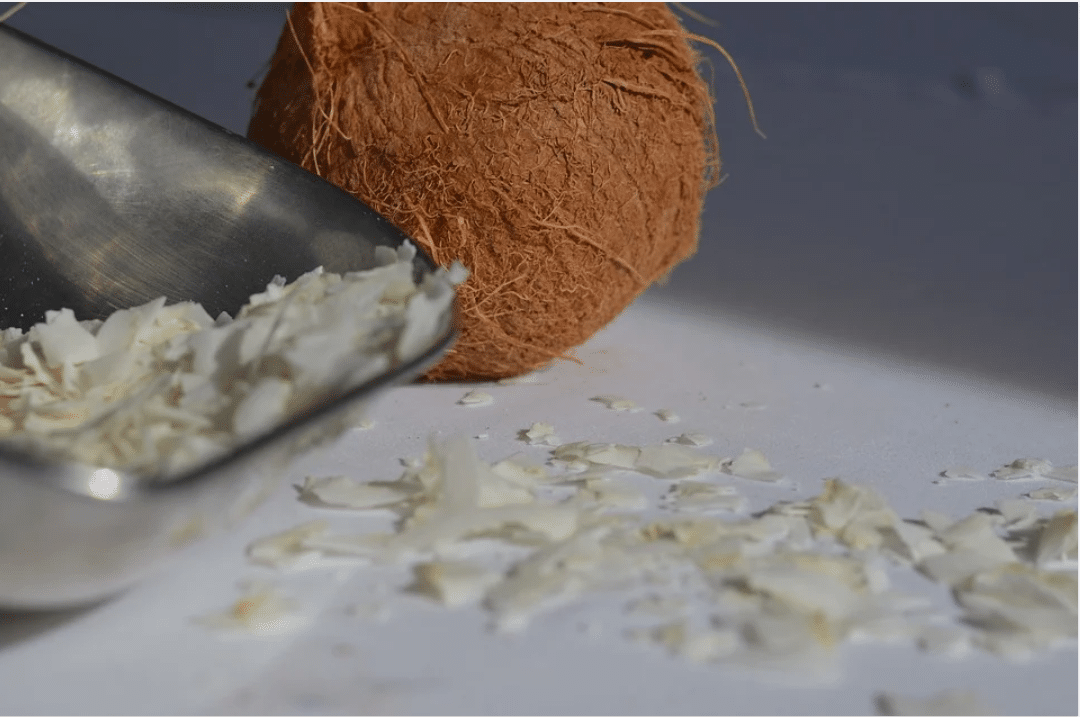 Oddly, the Ross-is-a-real-bad-dude story continues, with Hannah once again finding a piece of the puzzle her departed husband left behind. This still feels like an afterthought, an overly complex, multi-book reveal that is mostly intended to justify the very unpopular choice of marrying Hannah off to someone not involved in the long going triangle or even the story. For a cover, it has its entertaining value, and I am half interested, and half peeved that Ross is still hovering around the outsides of my sweet series. Go away Ross, you were never wanted here.

This time, the author has refrained from a big cliff hanger, although there are a few items that will stretch over several books, not the least of which is hopefully a final decision (Mike or Norman) from Hannah. The killer confrontation has the usual formula, a little more abbreviated than normal this time, with Hannah getting herself stationed alone, accusing the killer, and getting a miraculous rescue in the space of a few pages. It’s old hat, but now that its book 25 and readers have been steadily complaining about the same thing for many, many books, it’s obvious that this hat we like to abuse kind of works for us too. Shame on us, we like and are attracted back to a series, again and again, that isn’t perfect and yet still has that magic to it – lovable, albeit unrealistic characters, silliness and coziness mixed together. Yes, I’ve preordered the next one, and the one after that, and I’ll read both the moment they come in, as usual. Recommended for Hannah Swenson fans. For newcomers, go back to book one, Chocolate Chip Cookie Murder, and start your addiction properly.