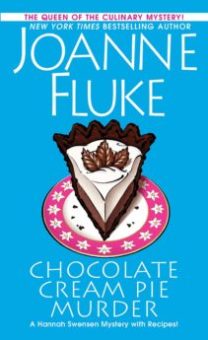 Chocolate Cream Pie Murder starts by going back, all the way back to book 8 (Cherry Cheesecake Murder) in the series where Ross Barton (Hannah’s now ex-husband) makes his ill-fated appearance in her life when he directs a movie set in Lake Eden. Now, the film, Crises in Cherrywood, has received some unexpected acclaim and The Cookie Jar is slated to become the site of a star studded reunion. The good news – the newly betrayed Hannah has something to focus on besides her dissipated marriage and a town threatening vengeance on her dearly beloved. The bad news – ex-flame Ross Barton just may be coming back to town. Throw in some stalking, abusive phone calls, a best-friend’s bad news, and a dead body, and you have another odd-twist in this cozy turned drama. 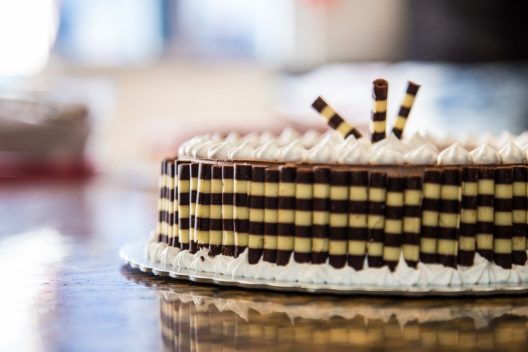 Many reviewers have complained about Hannah’s love triangle and its lack of resolution; all of us complainers, however, have been more than unhappy with the sudden Ross-wins-Hannah’s heart resolution. After all, we wanted Hannah to just pick Mike or Norman (ok, Norman). And so, voila, Chocolate Cream Pie Murder responds to our “let’s remove Ross” chant with a literal bang. We know this bad boy is back in town and now, it’s time for a full (albeit overdone) character revelation plus some retribution. This initially gentle, yet unknown man is coming full circle with a nearly schizophrenic character transformation that speaks more of insanity than the carefully unraveled schemes of a genuine playboy with some side schemes, including a newly hatched financial agenda.

Ross’ new personality doesn’t entirely make sense and let’s just say that this reader suspects that Fluke’s original intention (her set-up with Ross leaving Hannah so much money, for example, and the possibility that he was in danger of being murdered) changed with the demands of her audience. And so, we have a forced resolution that technically fits the set-up but doesn’t really go along with the established character of Ross. Of course, by now we’re used to seeing more haphazard than honed storylines. If you’ve come this far in the series and are still grabbing it hot off the presses, you’re not expecting quality per say, and you’re mostly likely willing to look the other way. Plus, let’s be honest, just anything to get rid of Ross. Still, there is a gaping blank in answer to the why-did-Ross-do-this to Hannah question; why marry, why immediately leave, why leave her an excess of money? Why turn into a sudden psycho ex wanting said money? It’s a plot thread started and then abruptly changed by popular demand, and so it’s unapologetically incomplete. 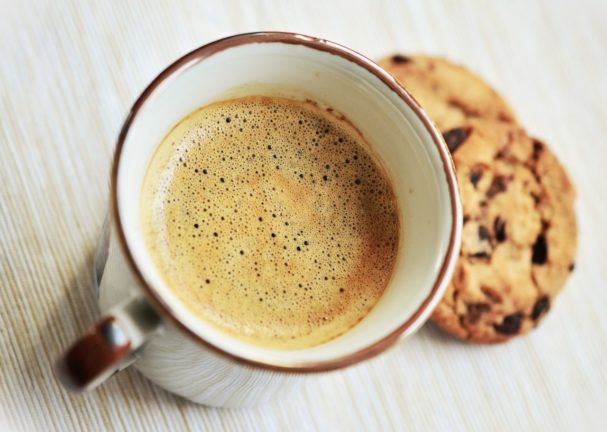 With the Crises in Cherrywood story returning, we reconnect with some old side characters from Cherry Cheesecake Murder. The issue here is that after 16 books, we no longer remember these people or their stories. Unfortunately, they are integral here to the mystery and the solution as well, making readers wish for a little bit of a recap.

Mike and Norman are now Hanna’s dedicated body guards as the cozy turns more sordid drama. It’s actually enjoyable now that the ante has been upped, especially toward the end of Chocolate Cream Pie Murder. We have moments of cookies, coffee, and confidences, but we also have escalated drama for Hannah. Still, it’s Hannah, so her reactions are low, her betrayal and heartbreak easily offset by endorphins and her young niece, but the added sense of underlying imperfection takes us a little closer to the real world and gives a jolt of sensationalism that spices up a waning series. Add in the murder victim and the details of the find and you have a recipe that keeps readers interested although, as I’ve already shown, more than a little critical (read, skeptical).

I’ve already pre-ordered the next book in the series – Coconut Layer Cake Murder. Here’s hoping that this jaunt with Ross will lead Hannah to finally chose between Mike and Norman (Norman!) for real while moving the series into a more serious yet still cozy, cadence.