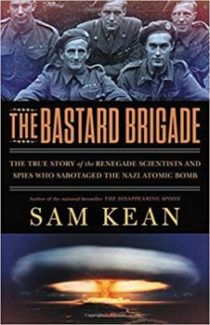 It was a real-life nightmare scenario.   Whenever he deemed it expedient, Hitler could load up one of his powerful V-2 rockets with a nuclear bomb and wipe London off the map.   At the time, no one on the Allied side of the conflict knew if a nuclear bomb was possible or if Germany’s scientists had enough knowledge to achieve such a development.  But just the thought of Hitler possessing a bomb of indescribable power had Allied leaders terrified, recognizing that the even a single bomb would be enough to tip the balance of the war toward Germany.  Someone had to do something to keep the unthinkable from happening.  In The Bastard Brigade, acclaimed science writer Sam Kean tells of the men who risked their lives to make sure the Nazis never got the bomb.  As I’ve come to expect with his other work, Kean delivers science (and history) writing at its best. 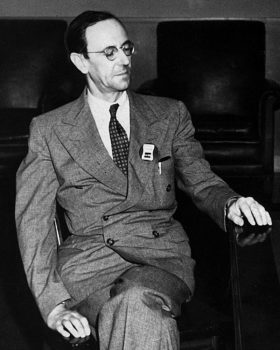 In the 1930s, as it became increasingly clear that war was likely to resume in Europe, scientists were just beginning to realize that tantalizingly large amounts of energy were hidden in the nucleus of the atom.   It didn’t take an Einstein to figure out that that energy could be put to incredibly violent uses.  The details – and there were many crucial ones – remained to be elucidated, but the basic terrifying possibility that a bomb of unfathomable destruction could be assembled gave the shrewdest scientists nightmares.  Moreover, the best scientists of the time were in Germany and as Hitler amassed power and the likelihood of war grew, the fear of a Nazi nuclear bomb became increasingly realistic. 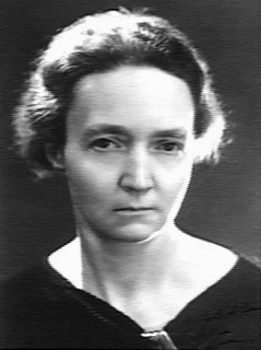 Irène Joliot-Curie discovered artificial radioactivity in 1938 with her husband Pierre.

Kean starts the story with plenty of early 20th century science, describing how researchers had come to understand the basics of atomic structure as well as the related concept of radioactivity.  Remarkably, it wasn’t until 1932 that the existence of the neutron was determined.  It didn’t take long to figure out that this particle would play an essential role in initiating and sustaining a nuclear fission reaction, a phenomenon which wasn’t observed in the laboratory until 1938.  If it wasn’t for the fact that a nuclear bomb’s only purpose is to kill human beings, the fact that scientists managed to go from basic science to concept to functioning bomb in just a few years would rightly be considered nothing short of miraculous.

The author goes on to introduce the motley assortment of scientists and spies who were given the task of making sure that Germany wouldn’t get to the fission finish line first.   Whether they were destroying a Norwegian heavy water plant, kidnapping a world-famous physics Nobel laureate or bombing heavily fortified missile launch pads on the north shore of France, their missions were often as dangerous as they were ill-conceived and disorganized.  Throughout, Kean’s storytelling is top notch and riveting, filled with countless fascinating details and frequent humorous asides.

There’s a reason Sam Kean is my favorite science writer.   Whether he’s writing about the earliest days of neurosurgery, the Earth’s atmosphere or World War II espionage he takes on the mantle of storyteller.  He recognizes that science, like any human endeavor, is full of great tales of passion and adversity and then he uses his own natural wit, curiosity and gumption to weave these tales together into a thoroughly entertaining book.

Deftly balancing both science and history, The Bastard Brigade is yet another rousing success by Sam Kean.  Featuring a large cast of real-life, oddball characters who repeatedly risk their lives to sabotage the Nazi effort to create the first atomic bomb, the book is sure to entertain both science and history enthusiasts.  A fine example of truth being vastly crazier than fiction, it’s the wildest real-life physics story one could ever conceive.   Highly recommended.

Check out Dave’s reviews of other Sam Kean books:  Caesar’s Last Breath   /   The Tale of the Dueling Neurosurgeons   /   The Violinist’s Thumb