Prime of Miss Jean Brodie, The 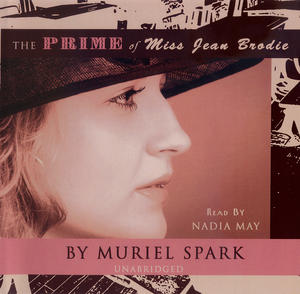 “Give me a girl at an impressionable age and she is mine for life.”

A novel about attitude and rebellion, The Prime of Miss Jean Brodie follows a middle aged teacher in her prime as she seeks to educate and form a set of girls by her own outspoken ideas against the strict nature of education and Scottish (specifically Edinburgh) society in the 1930s. Her unorthodox methods center around sensuality, idealisms, and the building of characters so that her girls will be the crème de la crème. “Give me a girl at an impressionable age and she is mine for life,” states Miss Brodie. As the girls grow from fascination of the irresistible Miss Brodie into their own budding adolescence and later middle ages, perceptions change over time and their near sycophantic adoration of Miss Brodie’s cavalier morals and teaching styles leads toward a betrayal and a consequential domino effect of revelations as each girl reaches maturity and character on her own, using the layers of time to reveal how at each age we learn a little something more and see the world and the people who influence it in different lights over the progression of time.

Perhaps most stunning is Miss Brodie’s sexual freedom: her denied and then voyeuristic love affair with the art master and her actual affair with the music master, introducing an element of danger and deception into her girls’ lives who would never think to betrayal their Miss Brodie’s secrets – or would they. Miss Brodie herself misjudges her own influence and insight and the girls, as they become older, begin to wonder just what Miss Brodie is rebelling against and how, ultimately, her rebellion is fairing. Is she making the world a better place? Is she making her girls’ lives freer and better or is she secretly stirring trouble? Her fascination with the rise of fascism in Italy and Hitler in Germany foreshadow how misguided her understanding of the world and her attitudes are, giving readers perceptions before the girls themselves develop understanding.

The Prime of Miss Jean Brodie is a mature person’s novel in that, plot wise, it’s really a sleeper. The story, which layers time and intermixes it, jumping forward to tell us endings before beginnings and mixing perceptions and times like a dream, is interested in making a point and showing how growing up and development occurs. The girls go from giggling over the scandalous forays of Miss Brodie to truly considering the impact of her actions to, as we see in their own later lives, a certain sense of pity. The maturation process is expedited in the short seamlessness of the novel, which interweaves time effectively, making readers feel as though we have been with this Brodie set throughout their entire education, instead of just seeing the key moments.

The girls themselves, namely, Eunice, Jenny, Mary, Monica, Rose, and Sandy are each known for something and the repetition of this,(for instance Rose, to Miss Brodie’s joy, is known for sex) drives home how Miss Brodie is trying to place labels that will stick, almost to create living statues to her own ego as it were. These labels mostly take the place of the girls, and they remain largely indistinct, all except Sandy who turns out to be the central narrator and the voice that speaks to us loudest. Miss Brodie herself is a character both larger than life and pathetic in her own way, and she draws us in and repels us in equal measures.

While this novel is certainly one for the mature person who can understand the dawning of true characters and perceptions, it would be valuable for a teenage audience as it serves in a warning capacity about picking loud and rebellious idols without first testing their ideas and their messages.

The writing weaves the story together in a rapid tale that flows and fluctuates with the subtle narration puncture by the boisterous voice of Miss Brodie, working like a memory and giving us that hazy feeling of something recalled long ago yet still very vivid and, in many ways, mysterious. Even in adulthood, the girls still don’t have all the answers about Miss Brodie, and they cannot truly say if they loved her or hated her.

I listened to the audiobook rendition read by Nadia May. Her voice and her manner of intonation make the tale truly come alive. She does a different, subtle yet distinguishable voice for each character and shines as the over-the-top Miss Brodie.