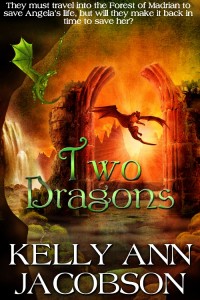 Enter a Land of Magic and Dragons

Left at a cliffhanger ending, the Zaniyah trilogy returns in a fiery blast with book two, upping the tension and the stakes as our characters are left with a ticking clock, a powerful nemesis, and few options. After her confrontation with Danger (the demi-god like villain of the piece) Zoey now has all of her memories. She remembers being the White Witch Zaniyah, established in the beginning of time to bring goodness to the earth, and she remembers the ongoing reincarnations and the continual shifting of balance between good and evil with Danger representing the growing and chaotic nature of evil magic. Armed with a second dragon friend, the inimitable Mothershipton, and her knight-in-shining-armor immortal husband Will, it’s time to prepare for the final battle. Can this rag-tag crew defeat an evil wizard who has planned for centuries? Can Zaniyah, now in the form of a 16 year old girl, defeat the seemingly insurmountable?

Weighing in at 70 pages (according to Amazon), this second novella in the trilogy provides another fast-paced, breathless adventure that will have readers glued to their seats and snuggling up with dragon plushies (yes, yes, I bought another stuffed toy – get over it.) Riding their newfound dragon friends, Zoey, Mothershipton, and Will return to Dreamweaver Road, now overgrown and bleak, to discover what Angela’s been hiding all along. Armed with additional information, Zoey and Will search through a magical forest and confront an ancient evil being to acquire a precious stone from his lair. They return just in time, just as the big battle is about to begin.

I adore this series. Unlike most fantasy stories (which I like to call arm breakers for their voluminous size), The Zanyiah series reads quickly, the action moving to give the reader a sense of the true danger and the lack of time our protagonists have to find a saving solution. Each novella (so far) has ended on a cliffhanger, which was especially painful because when I brought up trusty old Amazon, the third and final book in the trilogy was not yet available, even for pre-order (starts pouting.) Nevertheless, now I’ve got something left to look forward to, even if I am pulling out chunks of my frizzy hair, waiting to see what Zoey has up her sleeve.

Although each novella moves quickly and is packed non-stop action, the writing and beauty inherent in the fantasy genre does not suffer. Author Kelly Jacobson has firm control of the language. As we say in grad school, it had density which means that there was neither too much nor too little, that every word was necessary and multilayered, and that the writing was artistic and enjoyable in its own right.

Intended as a YA book, admittedly a genre I don’t forage into often, Two Dragons also proves quite captivating (and even cozy!) to adult audiences. Highly recommended.