Problem of Pain, The 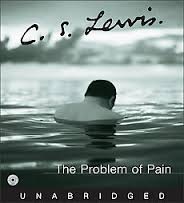 The Age Old Question: Why Do Bad Things Happen to Good People

Why do bad things happen to good people? If God is so loving, so good, why does he allow us to suffer? He created this world and everything within it – doesn’t it necessarily follow then that he created evil? Is God truly good? Is he just neutral? Why would a being supposedly composed of all compassion and goodness create Hell – an everlasting place of torture? Does anyone really deserve to go to Hell? Does the worm really never die there; is it all flames an punishment? And what of Heaven? If God is all knowing, why create man when his fall was inevitable? Why create the angel that would eventually fall and become Satan, man’s first tempter. If God allows all these contradictions to exist, is it a place we really want to go? These are the big issues that haunt Christianity and most questions concerning God and salvation prove to have origination in these very basic queries. C.S. Lewis answer them with in-depth yet conversational theological precision in The Problem of Pain, admitting his viewpoint as an imperfect human which just proves to bolster those convictions that he presents to his audience.

Lewis has the odd magic of writing on a level that doesn’t feel scholarly, yet is unmistakable theological and complicated. He shakes the dust off the tomes of education and winds them into a conversation with examples and direct addresses. It’s evident that the subject matter is hardly easy. Indeed, Lewis is discussing the matters that stop many from even approaching Christianity and haunt the minds of Christians at night. Lewis is approachable and he spills the beans. He is not afraid of his own questions, indeed within each returned counter point of his own he progresses the argument by asking yet more questions, playing devil’s advocate as it were. This isn’t a sentimental piece with that “Precious Moments” veneer. These are the questions that we sometimes feel sacrilegious, the doubts we fear to voice, because what if they don’t have an answer or, worse, what if they have an answer we don’t like? These questions could destroy faith after all, so they haunt us, but we deliberately avoid summoning those ghosts and we certainly never confront them. Lewis does just this and it’s scary, exhilarating, and freeing. Most importantly, the answers and debate are presented in terms that bring the argument to a level in which we can comprehend and participate.

The book, approximately 130 pages, covers a great deal of subjects, even the issue of animal pain and suffering (for, why would a loving God allow innocent animals to suffer?) Each topic is approached in a chapter, the issues of pain and suffering receiving the multitude of chapters with animal pain, Heaven, and Hell approached in the latter chapters. It’s a layout that allows for digestion and leads readers actively through all the stages of the argument and the questions that arise at different points. It’s certainly not an easy book in that concentration is required and the concepts, while simply presented, are deep and complicated. Indeed, it’s a book you’ll want to read many times, as on each reading it opens the readers’ eyes a little further.

So is Lewis for or against God? History has shown C.S. Lewis as the progenitor of Christian Apologetics, an atheist converted by logic and not the desires of his heart. So, with this knowledge, it’s evident that The Problem of Pain is going to address these questions and come out on the side of God and Christianity, how does Lewis refute the terrifying facts of our very existence?

In a nutshell, this being a poor summary, Lewis addresses the limits of our understanding specifically concerning the meaning and necessity of pain and the full fruition of free will and love. Ultimately, to remove all pain would be for us to ask God to love us less, to stop attempting to bring us into perfection and full happiness and instead just leave us alone. But what of Hell? Well, maybe Hell isn’t the traditional medieval picture of torture that we always imagine. Perhaps Hell is more about being put away from God, as the soul has chosen, and being drowned in the selfishness of a contradictory, self-centered will. The concepts are certainly heady, and nothing that can be approached in a review to any satisfaction. I’ve barely skimmed the surface of what this book means and how it approaches all these diverse and seemingly insurmountable accusations against God. But it does and it does so satisfactorily. While listening to it (notes on the audio book edition below), I felt changed and unafraid, ready to leap into those questions, to summon those ghosts, and confront them. Ultimately, upon finishing it, I felt a deeper closeness with God and a budding, new born understanding. Highly recommended.

Note on the audio book edition:  The audio book edition of this work, read by Robert Whitfield (aka Simon Vance), is superior and allows readers to fully digest the argument. Whitfield reads slowly, with emphasis and promotes Lewis’ conversational tone. His voice is mellifluous and calming, well-articulated and paced.