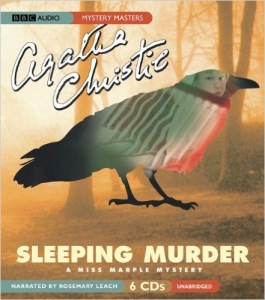 “Cover her face; mine eyes dazzle; she died young.”

Coming from New Zealand, Gwenda is on a mission to build the perfect newlywed nest in England for her soon to follow husband. Touring the countryside, she is captivated by Hillside, an old mansion with a cozy layout, charming atmosphere, and what would be a good view, if only Gwenda has a chance to utilize her landscaping vision. Sure that this is indeed the one, Gwenda buys the house and starts settling in, only odd flashes of psychic intuition, strange knowledge of the house, and finally visions of a dead woman, lying strangled, splayed at the foot of the stairs beneath her assailant leads Gwenda to question the history of Hillside. Is it haunted? Helen, the name that sticks in her consciousness, might finally be able to reach from the grave and demand justice. Or is this insanity, the onset of an irreparable mental fissure? Once Giles, the husband, arrives, the couple put two and two together and. with a little help from history, realize that the visions and the intuitions come from memory, recollections of a long buried mystery from Gwenda’s forgotten childhood stay in England. Enticed by hints of foul play and murder, the couple begins digging into the past with the help of the kindly local doctor and brother of the missing Helen. Only, Miss Marple thinks that sleeping murder should be left to lie, lest it bring danger to the living. Convinced that investigation is harmless and titillating, Gwenda and Giles follow a course of widening clues, leading Miss Marple to participate in her last, and potentially greatest, sleuthing adventure.

With the comfortable whine of my tires and the daily growl of my pickup, I would slip in this hard-found audio book (it seems that everyone at my library also wanted to check it out) and escape into the cozy yet macabre world of the single greatest mystery author, Agatha Christie. Wiley and crafty, the clues are there, but the mystery is submerged under lies, betrayals, misunderstandings of time, the cleverness of a desperate killer, and the mania of deadly insanity. Red herrings abound, perhaps more here than in previous Miss Marple adventures.

The plot is short yet serpentine, complex while keeping to the brevity of serious mystery. All along, traditional Christie, the atmosphere provides all the necessary clues while steeping the reader in an odd combination of creepy and charming. A cozy mystery to the core, Christie never forgets the hard boiled detecting or the endearing characterization that make Gwenda and Giles personal favorites of mine.

Long since having given up reading the Miss Marple series in order (fellow bookworms have thwarted me on every library visit), I simply grabbed what the library had in stock which in this case was The Sleeping Murder. This novel proves a good place for both the initiated and uninitiated into the world of Marple mystique. I dare say it would even be a great story to start with, and is so far a personal favorite of mine. It’s hard to imagine the other books in the series topping this one . . . if my library ever gets them back that is.

Oddly, this great starting book is the last Miss Marple mystery, although she apparently makes appearances in other Christie works. Sleeping Murder was posthumously published (although completely finished by Christie) and in its own way, history grants it a bygone, ghostly aura.

Having deluded myself into believing that I was equal to the task, I assigned a killer and a motive. I even had the logistics of the crime worked out and the necessity for current action on behalf of the murderer. As Gwenda and Giles sleuthing hobby leads to danger and near misses, I sat clucking to myself with conviction. Do I even need to own up to it? I was entirely wrong, wrong in such complete error as to be quite laughable. I feel into the Christie pitfall once again and must bow my head to the master of clues. Miss Marple’s personal intervention in the end is a nice conclusion for our favorite savvy lady too. If only there were more stories involving Gwenda and Giles, both of whom jumped off the page with their lovable eccentricity and dogged conviction.

* A Note on Edition: I listened to, and exuberantly enjoyed, the audio CD version as read by Rosemary Leach. Leach is an extraordinary narrator, capturing subtleties of emotion and character. She brought the already rich world to vivid life and took realistic characters, giving them voice and expression. The audio edition is the only way to go.