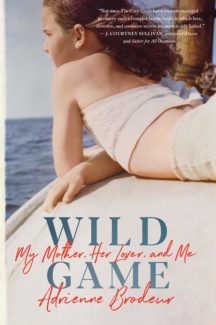 A Teen, Her Mother, an Affair

At fourteen years old, just as she is discovering her own interest in sex, Rennie is asked to help her mother craft the perfect affair. Rennie’s mother, the charming socialite and food columnist, Malabar, is used to getting her way, to being fought over, and to fighting for what she wants. She fought for her husband Charles, whom she lured away from his original marriage, only to quickly regret it when he had his first of many strokes, leaving him a needy and sickly husband. Now, Charles is hardly exciting enough for a woman who tours the world and cooks strange, cosmopolitan delicacies on a daily basis. But her husband’s best friend, Ben, that’s another story.  So begins an illicit, decade long affair that will involve Rennie in a never-ending puzzle of guilt and the inescapable desire to find acceptance in a mother’s love.

Wild Game is a double metaphor. Ben and Malabar weave their affair around a cookbook they are, supposedly, attempting to write together; but, with the help of Rennie, they use the time to escape their respective spouses and engage in ever riskier love making. But the “wild” here also talks about a life of self-absorption, as the charismatic Malabar pulls out all the stops to keep her own personal drama and feigned vitality forever in the spotlight. Rennie’s own romantic life, barely started, dies on the vine as she seeks her mother’s love and affirmation by helping the secret couple weave a complicated list of lies that eventually take their toll on Rennie’s sanity and her own choices as an adult desperate to mimic and please her mother. It’s a cascading effect and one that the author renders in a weirdly beautiful, nostalgic way. 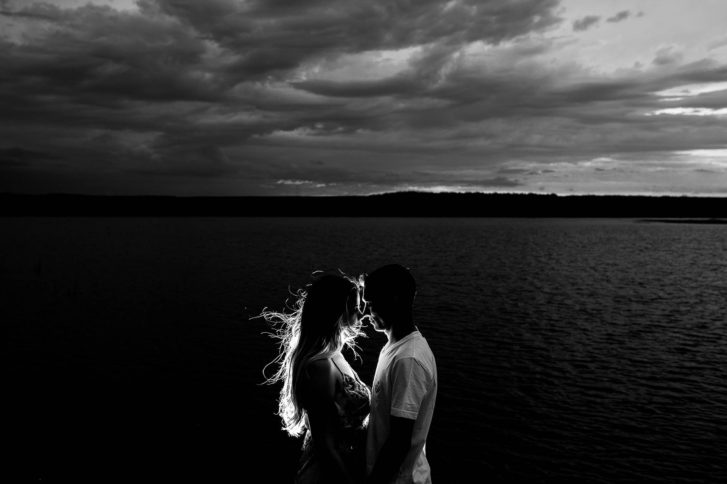 Adrienne Brodeur writes in a way that brings her wealthy East Cost life growing up into stark and shattering contrast with the empty loneliness and vapidity that underpinned it. Against this lush backdrop and exotic food that makes readers nearly swoon, we have an aching pit of desperation filled with ignorance, coupled with a desire that is part physical, part emotional. It’s oddly charming, and more melancholy than I suspect even the author intended. There is a broken beauty here, a thrumming love for a life that is never quite lived, a pain and splendor that shows itself in a poetic style that, in many ways, protects Malabar from the final judgment. Rennie is never angry, and her greatest realization is a soft one, maybe due to her own complicity. Perhaps she is forgiving, perhaps she can never go that final step to admit Malabar’s monstrousness, perhaps this is the place where parents and children finally meet over broken things that cannot be fixed. While in fiction we’d demand the ultimate divorce, and preferably some revenge and anger, here we get something softer, sadder, something that is half awake and yet, oddly, kind. Rennie never judges, and while she makes excuses for Malabar and, ultimately, her own actions, there is, if not kindness, an acceptance that never goes all the way towards condemnation.  It feels a lot messier than a novel would, and therefore more real. Wild Game is a memoir that probably holds some things back, but it also admits the complexity of relationships and the unevenness between a child who wants love and a parent who either cannot or will not give it.

If you’re looking for salaciousness, you won’t find it in Wild Game. Neither will you find someone who has it all worked out. You’ll find a complicated and toxic mother-daughter relationship, unresolved guilt, and a conclusion that doesn’t give you the warm fuzzies you want, but the realism of a broken relationship between a child willing to do anything for love and a narcissistic adult who ultimately will never admit the wrongness and destructiveness of her actions. On the surface, it’s a story so sordid that it is interesting, compiled with a multilayered writing style that oscillates between deep truths and the pain of what is never quite said. It’s beautiful and sad. It’s a story that’s strong for what it says and for what the author still can’t bring herself to acknowledge.