From Boa to Bass Bait… 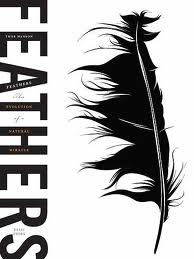 It’s such a simple object that it rarely receives a second thought.  Taken in isolation, an ordinary bird’s feather really isn’t that impressive.  But its simplicity is deceptive.  When combined with thousands of other feathers on a living, breathing, flying bird – be it osprey, hummingbird or barn swallow – a feather becomes a natural wonder, amazing for both its exquisite aerodynamic qualities and its astonishing insulating abilities.  In Feathers, nature writer Thor Hanson explores this seemingly miraculous avian invention, revealing many of its mysteries.

Starting at the beginning, Hanson lays out much of the controversy surrounding feathers’ origins.  Did feathers start out as insulation – or maybe just decoration – in an ancient line of dinosaurs?  Were they used initially for flight or did that use come much later?  And while we’re at it, how did bird flight evolve?  Plenty of questions remain unanswered to the present day and the author lays out numerous theories and accompanying disagreements with clarity and balance. 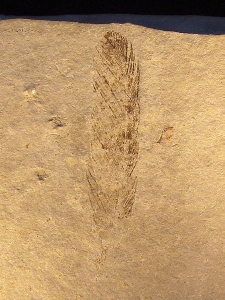 Hanson then goes on to investigate the many ways that birds use feathers, allowing them to inhabit almost every environment on the planet.  Whether they’re used by an Emperor Penguin to stay warm and dry during dives in the cold waters off of Antarctica, bizarrely modified by a male King of Saxony Bird-of-Paradise to attract a mate or exquisitely controlled by a Peregrine Falcon during her 200mph hunting stoop, feathers are an essential tool for birds of every type.  Writing with a clear passion for the topic, the author explores how the basic feather structure allows for such a wide array of functions, revealing many clever feathery secrets along the way.

He also spends much of the book discussing how humans have used feathers for their own purposes.  Whether crafting writing implements, stuffing sleeping bags, fashioning fishing lures, designing safer aircraft or decorating ladies’ hats, humans have recognized the special qualities of feathers for millennia.  As the understanding of feathers’ almost magical qualities improves, researchers continue to find new ways to use the science of feathers to further a wide variety of technological goals. 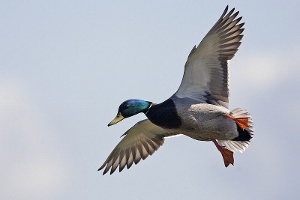 Hanson reminds me of one of my favorite science writers, Bernd Heinrich.  His constantly inquisitive approach to his topic and his willingness to get his hands dirty – whether plucking, sorting and counting the thousands of feathers on an expired bird or digging in zebra entrails – makes for consistently entertaining reading.  He even makes use of his own backyard Silver-laced Wyandotte hens to speculate on the origins of avian flight.

Winner of the John Burroughs 2013 Medal for Distinguished Natural History, Feathers combines the two essential ingredients in great nature writing: a fascinating subject matter and a talented writer who enthusiastically immerses himself in the topic.  Revealing many of the secrets of the flitting goldfinch, the hunting owl and the waddling duck, the book is eagerly recommended for nature readers of every feather.