Eye of the Mammoth, The 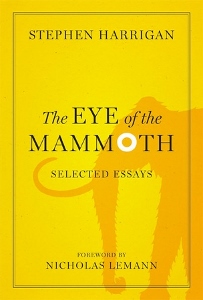 Other than a brief – and unpleasant – stop at George Bush Intercontinental Airport in the sprawling megalopolis known as Houston, I’ve never set foot in the great state of Texas.  No offense intended, but I must admit that the state’s never made it on my short – or long – list when it comes to future travel destinations, but that was before I came across the writing of Stephen Harrigan.  With his compelling collection of essays, entitled The Eye of the Mammoth, I’ve developed a nascent interest in the land of the Alamo, Ross Perot and fanatical high school football.

An Austin resident for most of his adult life, Harrigan has written novels, movie screenplays, and dozens of television “movies of the week” – back when they were in fashion – as well as numerous essays for Texas Monthly and other magazines.  This book samples from the latter category, comprising thirty-two essays, collected over Harrigan’s award-winning career of more than three decades.  The book is divided into four roughly equal sections, the first and last focus on the Lone Star State while the other two wander much further afield.

Having read the entire wide-ranging collection and gotten to know the man along the way, I find it a challenge to categorize his writing.  He’s not really a nature writer, although he deftly handles a wide variety of landscapes, from national parks like Big Bend and Rocky Mountain to Texas landmarks like Padre Island and Galveston Bay, as well as individual creatures like snapping turtles, man-eating tigers and extinct wooly mammoths.  He’s not really a biographer either, but he seems to take considerable pleasure in exploring the lives of famous Americans like Jack London, Davy Crockett and George Washington, including the more infamous Jesse and Frank James for some balance.  In the end, Harrigan is really a talented jack-of-all-trades when it comes to putting words to paper which explains how he can write about all of the above topics and throw in essays about a painting by Jacques-Louis David, gambling in Monte Carlo and igloo building without a single misstep along the way. 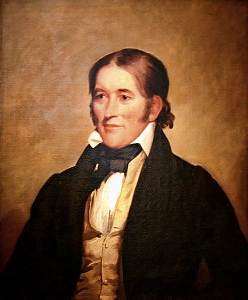 David Crockett: born in the State of Franklin, died in the Republic of Texas.

Although it’s hard to pick from such a well-crafted collection, I found two essays to be particularly impressive.  First, in “The Man Nobody Knows”, Harrigan travels to Innsbruck, Austria to try and learn more about Ötzi, the frozen Stone Age mummy found by hikers in an Alpine glacier in 1991.  His ability to combine interesting science with his own personal interpretation of what Ötzi’s life might have been like makes for some great reading.  Second, in “Where is My Home?”, Harrigan hunts for the details of his Czech ancestry, traipsing across much of eastern Texas and traveling to the Czech Republic in pursuit of his heritage and the perfect kolache pastry.  The author’s personal touch in this essay – and many of the others – adds an extra layer of interest that I find particularly engaging.

Whether you want to learn more about the Comanches, the Alaska Highway or what it’s like to be a screenwriter, Stephen Harrigan is a writer that I can recommend with great enthusiasm, particularly for anyone with an incurable case of Texaphilia.  A collection that should make any Texan proud, The Eye of the Mammoth displays the veteran writer’s work from dozens of flattering angles.   Five out of five BIG stars from me.