Drama Drowns in the Details… 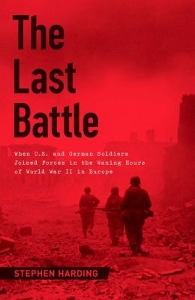 It was May 1945.  Hitler was dead and Germany’s total and unconditional surrender was imminent.  But the war was not quite over and tucked away in a 700 year old castle in the picturesque mountains of western Austria was a misfit collection of important French dignitaries who had been imprisoned for two years.  They weren’t going to free themselves and there were still plenty of Himmler’s loyal Waffen-SS troops wandering the countryside, looking to prove their devotion to the Nazi cause.   As the Allied forces drew ever closer, the lives of the prisoners hung in the balance.   In The Last Battle, historian Stephen Harding tells of the peculiar closing moments of World War II, as they played out in the Austrian countryside.

Called “honor” prisoners, they were among the many former officials gathered up by Hitler’s troops as they stormed through France and other countries during the German offensive.  Deemed potentially valuable for any necessary negotiations, their lives were spared and they were often sent to modestly hospitable prisons scattered through secure locations in the Third Reich.  Schloss Itter – a remote mountain castle and upscale tourist accommodation converted to a prison for the war – was one of these places.  The first three prisoners – arriving in May 1943 – were former premier of France Édouard Daladier; Maurice Gamelin, the French general most blamed for the failure of France’s defenses; and Léon Jouhaux, secretary-general of one of France’s largest trade unions.  Fifteen more similarly credentialed prisoners would arrive over the ensuing months, frequently squabbling amongst themselves due to their various incompatible personalities and political persuasions.  Ruling over this small and peculiar community was Sebastian Wimmer, the Nazi commandant who had to persistently rein in his pathologically violent instincts to make sure he didn’t kill any of these valuable prisoners.

As the war was winding down in May 1945, Captain John C. “Jack” Lee Jr. – the leader of Company B of the US Army’s 23rd Tank Battalion – was part of the noose that was slowly tightening around the retreating German forces, having crossed much of France and heading into southern Germany.  As the Allied troops were cleaning up the last bits of Nazi resistance, he was called upon to rescue the Schloss Itter prisoners.  With some creative leadership, he was able to tap into the visibly growing Austrian resistance movement for support, even recruiting some former Nazi officers to assist in this final challenge. 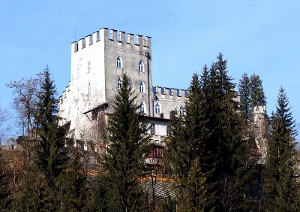 There are plenty of fine story components here – evil Nazis, heroic Americans and snotty Frenchmen – and the real-life premise is entirely compelling.  Moreover, the author’s exhaustive research is truly impressive, leaving no historical stone unturned.  However, I would have traded a bushel of unessential details for a pint or two of good old fashioned storytelling.

Unfortunately, the book has the dramatic flair of the Encyclopedia Britannica.  It’s brimming with facts, but they couldn’t be delivered in a less compelling manner.  Each chapter and chapter section stands alone with nothing more than a chronological connection to its neighbors and the numerous interesting characters rarely interact or overlap in any noticeable way.  When the reader reaches the final climactic scene, some passion appears, but it reads like a tired old war novel.  I imagine someone will try and make the story into a movie and in the right hands it could be good, but for me the book falls flat.

In the end, The Last Battle is a historically meticulous, dramatically malformed disappointment.  World War II history buffs will find plenty to chew on, but I expect that anyone looking for a thrilling war saga will find it lacking.  Only two out of five stars from me.