From Marfa to Madness… 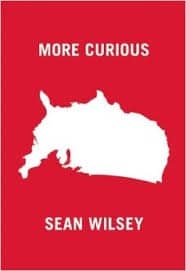 How do you get from Marfa, Texas to New York City?  There have to be at least fifty ways that are easier than the one Sean Wilsey chose when he made the trek in 2002.  How about a camel caravan or a kayak?  But, despite the daunting odds, the author eschews more reasonable options, teams up with a friend (Michael the architect) and his overgrown dog (Charlie), gasses up his sputtering 1960 Chevy Apache pickup truck (maximum speed 45 mph) and heads in a generally northeasterly direction.  The end result is “Travels with Death” a thoroughly engaging travel essay; just one of thirteen works that Wilsey has gathered into More Curious – his first published collection.

Drawing on essays written over the past decade or so – published in McSweeney’s Quarterly Concern, Vanity Fair, GQ and others – Wilsey presents a wide array of topics, from his description of life on the island of Manhattan in September, 2001 to his passion for World Cup soccer and skateboarding.  But there’s one place that keeps turning up in his essays, the small city of Marfa, tucked away in the high desert plains of far west Texas.  Originally a railroad water stop in the 1880s, the city of 2,000 people has become an artistic enclave of sorts, attracting eccentricity like a dead steer attracts flies.  Wilsey writes with fondness of the time he and his wife (writer Daphne Beal) spent in the town, spicing up his circuitous prose with a dry, sarcastic wit that occasionally puts him in harm’s way. 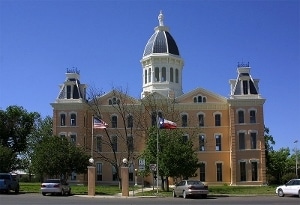 Wilsey’s work is consistently entertaining, whether he’s writing about a space shuttle launch, New York City restaurateur Danny Meyer or his struggles with an addiction to Craig’s List.  His tangential, spontaneous and easy going style turns each essay into a unique adventure and makes it fun just to be along for the ride.  Most notably, the Marfa to New York City road trip mentioned above makes for some of the best travel writing I’ve ever read.

In the end, I can enthusiastically recommend More Curious to readers who enjoy mildly peculiar essay writing, some of which undoubtedly earned its author extra hazard pay.  Anyone who wants to know what it’s like to hang out with David Foster Wallace on a spur-of-the-moment road trip to Ojinaga, Mexico – home to badass narcotic smugglers and fine seafood – will enjoy it.