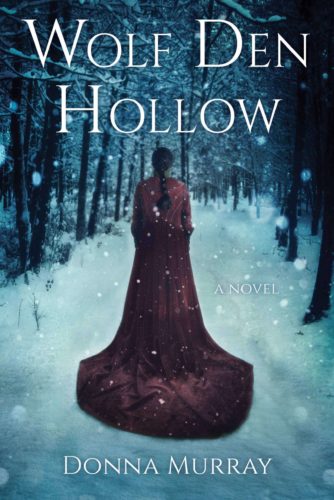 She has nothing but what she can carry, the clothes on her back, and her husband’s oversized boots when she escapes into the night, desperate to be away from him. Eventually, the abuse will escalate. Eventually, he will kill her. And now that she has run – now he will never stop hunting her. But what choice was there?

And so Sila, a young Cherokee woman, escapes into the night. She has a past she cannot return to, a people she is cut off from, and a drunken, vengeful husband tracking her. She is alone and desperate. That’s when she goes to the mill and meets Charley Barkley. Charley is an older man and the ambitious owner of the mill. He can’t give Sila a job, but something about the young woman who squats in the old cabin in the woods intrigues him. At first, it’s an honorable desire to help. And then, then it becomes something more.

Striking out together, Charley and Sila abandon their pasts, their families, and everything they know to be together. As Wolf Den Hollow follows them over the years, they deal with joy and loss. They see the creation of cars, a pandemic, war. They 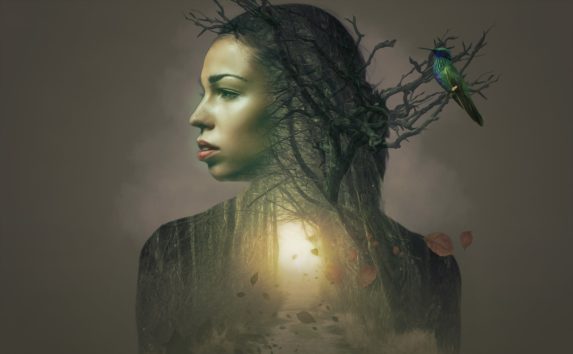 go from a simple house to a city life. Charley builds a logging empire, and Sila longs for the simple days in her cabin.

Wolf Den Hollow starts with a promising flair. A desperate journey. A shunned woman making her own way in the world, head held high. Yet the story is choppy and sparse from the beginning. Sila’s abusive husband and her past is a brief summary, a barely seen flic

ker, and the desperation and fear that must chase her every moment is simply told but never shown or felt.

Charley, the co-narrator of the story, is an older man. He already has a passel of children, but he has never paid them much attention. His business has been his all, his everything. And so his wife has been sidelined. They live comfortably, yet there is no spark. When a young, good looking woman shows up, Charley calls it love and while he openly admits several times that his wife and children were never at fault (the error, he owns, is his own for being distant for 20+ years) he exuberantly abandons his family for a steamy affair.

The age gap between Charley and Sila is uncomfortable. The position of power he holds in comparison to the completely dependent Sila an added burden. His abandoned family, the final straw. I couldn’t root for this couple and the happily ever-after that Charley did not deserve. As the story goes on, the couple’s few woes are cursory and brief. The first wife remains an annoying figure, one we are supposed to dislike because she stands in the way of true love, even though the narrative and the errant 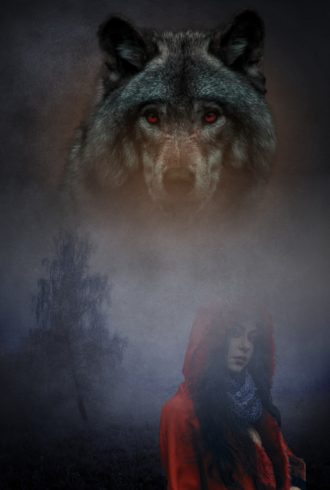 Image by kennethburridge from Pixabay

Charley both concede her general goodness and the unfairness that the busy husband just never had time for her and conveniently fell out of love (until a younger woman showed up). The complexity of the issue is periphery and the two main protagonists take on a villainous flair, especially for those of us who hate cheating stories. Wolf Den Hollow being mainly a love story, that’s a problem.

As the story continues, its summary nature starts to grate. Sila is stereotypical and more than a little narcissistic. She refers to her own “mane” of hair like a harlequin heroine, and her great beauty becomes an annoying repetition. She pays homage to her heritage, but not in a way that feels realistic (she owns a trained pet wolf for example). Sila’s experience has the feel of an outsider looking in, trying to write a Native American character. Sila is stuck between two worlds, a situation that is complicated by the scandal that surrounds her second marriage. Yet the complexity and dichotomy of her life is never explored. What did she go through? She mentions her grandfather’s Great Medicine spirit a lot, yet Charley also mentions going to church often. How does Sila feel about being part of two separate worlds, two separate religions? How do others treat her? Why does she pine for her family but never return when the errant first husband is conveniently paid off (in less than two sentences his entire threat is removed). The details are sparing and while there are hints here and there, especially as Sila is forced to move into the city, the greater pathos and complexities are never explored.

The same remains true of history. The book flies through the world events that surround Sila and Charley, including World War I and the Spanish Flu. While some exciting things do eventually happen and Sila is confronted with some startling choices at the end of the book, it all happens so fast and is just told without ever letting us walk the same paths as Sila and feel what she and Charley do as time passes. The complexity of their romance (surely they both had more thoughts about their first marriages and also, considering the time period, experienced varying degrees of acceptance) and the spiral of history around them are underplayed. The writing remains static and never steps into the characters and what they see and feel. While it’s a promising story, it’s ultimately disappointment on so many levels. It’s never bad, but it’s easily the kind of book you can simply forget to continue reading.