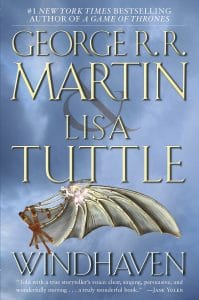 Revolutions and the Aftereffects

In the early mornings while she and her mother comb the beach for their survival, Maris is distracted by the fliers. They swoop through the air, elegant human figures born aloft by the last of a gone age – the sails of a long-ago crashed spaceship refashioned into splendid wings. The fliers alone are free. In this world it is all islands, wind, and isolation, but the fliers link the people. They battle the elements. They soar. They bring news and gifts and connect a brutal world filled with sea monsters and harsh weather. Maris wants to be one of them, but she wasn’t born to it.

When a flier takes her in and raises her, he furthers her forbidden desire. He teaches her to fly, he treats her as his daughter, but when he has a son, the wings must go to the boy: the real heir. But Caul (the son) wants to travel the world on dangerous ships, wants to capture history and longings in music. He hates the air. He is afraid of it. It is Maris, a true natural, who deserves the wings. 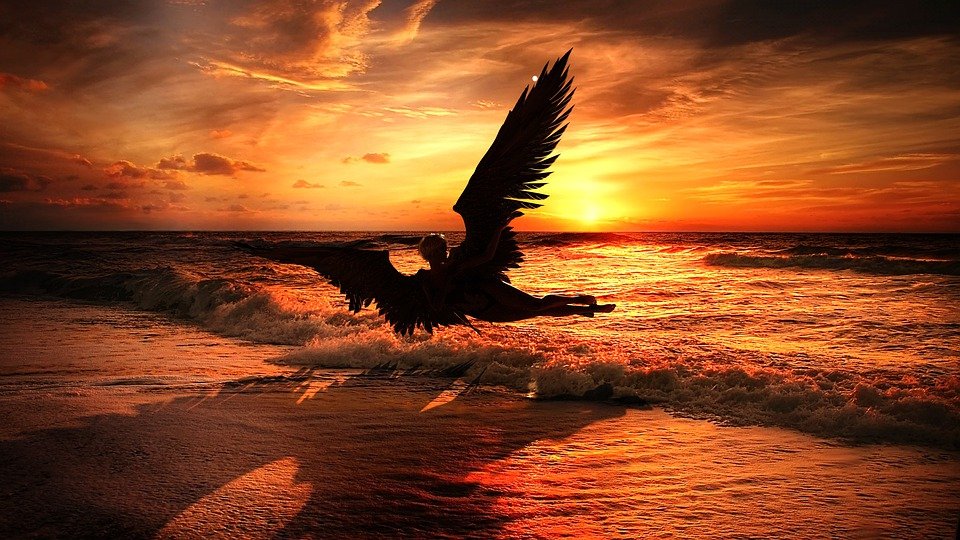 And so a fight begins that will last generations, shattering the order of an imperfect society. What begins as Maris’s plea for fairness evolves into a revolution that has teeth and claws. Some good comes of it, much bad. As Maris grows older and fights for the right of skill and desire over birth and privilege, she loses part of herself and what makes the fliers special, but she also saves a dwindling legacy. The wings are perishing with their fliers, after all, and so it seems that those with true skill should really wield them. As the nature of flying changes, it goes beyond who earns and deserves the wings into the politics of a fractured realm and the divergence between personal choice and the well being of a society.

Normally, Windhaven wouldn’t be my usual go-to novel. Real world politics and in-fighting are off putting enough without following them in fiction, yet anything with Martin’s name is bound to hold hidden depths and meanings. I gave it a try, and I am glad that I did.

The world here is tangible, both brutal and gorgeous in the same breath. The world building is not strictly Martin. His co-author (Lisa Tuttle) shines here too, and the realm has a certain beauty to it beyond the gritty fierceness typical of Martin’s semi-medieval worlds. Flying is transcendent here, and the story goes beyond itself and its meaning to embrace the sheer joy of movement, of soaring and freedom, and being one with nature. These sequences alone make it worth reading, and there is something truly sublime in them, something that does more than just painting pictures with words. It creates worlds, and oddly, this is a forlorn world that for all its problems draws us with a hint of feral elegance.

While not as complex as Game of Thrones, Windhaven has that generational, macrocosmic view while still focusing on the individual. Maris is the most developed character, although the side characters have that usual Martin twist, slightly diluted by a more contained (i.e. smaller) story. Maris is truly human: at times someone we sympathize with, at other times someone we are disappointed in. She grows and changes over the story and her flaws make her a realistic, conflicted heroine. Unlike many stories, we go beyond Maris’ society changing win to see the after effects of the new culture she fought for. Yes, revolutions eat their children, and this is no exception. There is no happily ever after, but a complex story with biting realism and a certain degree of poignancy. There are no simple answers here and everything is blanked it shades of grey.

The story itself, beyond the flying aspect, is barely fantasy and certainly not sci-fi. The only sci-fi element is the long ago spaceship that crash landed, leaving its survivors to cannibalize the craft in order to stay alive. The wings are all that remains of that long ago technology, and the world has a medieval, down to earth feeling to it. There are monsters in the many oceans, but they are not really seen. This is a story about people, about privilege and changing the status quo, and about the fall-out of big dreams and inevitable change.

It’s a slow paced story in many ways. If you’re looking for battles with dragons, you’re in the wrong fantasy book, although there are still plenty of action sequences that evolve not from the fantastical elements, but from human betrayal and war. In the end, Windhaven is a contemplative story with a skin of the fantastical. It’s a character driven tale, one that surprisingly worms into the reader’s hearts and imaginations. It’s addictive, even to those of us who approach it warily. I wasn’t mesmerized with the back cover blurb and, as I said, this usually isn’t the type of book – this slow burn of politics and idealism – that attracts me, yet within the first chapter I was entangled with these people, this world, and their burning desires for flight and freedom.