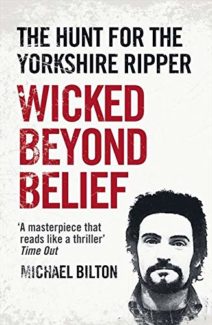 A Story of Serial Murder and a Failed Investigation

Peter William Sutcliffe, commonly known as the Yorkshire Ripper, brutally murdered thirteen women and injured seven more in a five year spree across Yorkshire and Leeds. The Yorkshire Ripper, finally caught and arrested in 1981, is a case famous both for its violence and for the upheaval and big mistakes that characterized its investigation. How did Sutcliffe go undetected for so long, and how did the police, who interviewed him multiple times, fail to realize that the infamous serial killer was literarily in their grasp? How did over two million hours of manpower over a five year period fail to catch a perpetrator who was obvious? In the end, the Ripper was caught more from luck than ingenuity (and even then, the arrest was perilously close to failure all along.)

In Wicked Beyond Belief Michael Bilton takes readers on a 700 page deep-dive into the investigation, talking not about who the Yorkshire Ripper was, but about why he was allowed to walk free for so long. During this journey, Bilton focuses on the families and survivors left behind as well as the modern investigative approach. It’s a story that’s exceptionally detailed and yet humanized by the beleaguered police who populate it and are finally opening up about exactly what went wrong. 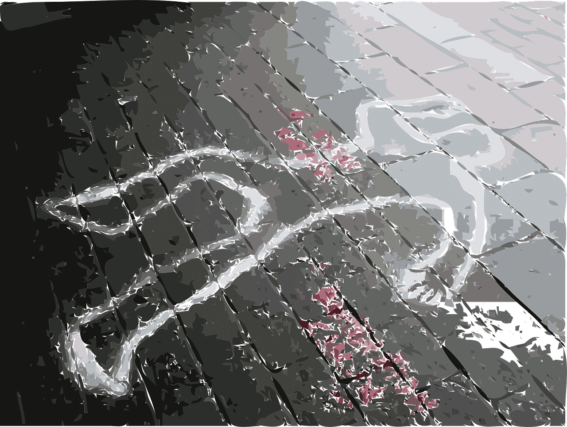 Wicked Beyond Belief is a different sort of animal from other true-crime work. It’s not about the sensationalism; it’s not about Sutcliffe, what he said and what drove a seemingly normal man to evolve into such a monster; it’s about a failed investigation and a series of mistakes, political and human, as well as a prevailing culture (most of the victim’s were sex workers and in the 70s that meant they got minimal attention) and the organizational struggle to deal with such a large and complicated case.

It starts, as all these things do, with a body, and Bilton establishes his style. He is all about the details; the gore is there as is the horror and the sorrow, but the analytical mind behind an author who wants to know how and why such a monster managed to reign for so long is more concerned with following in the investigator’s footsteps. This doesn’t mean everything is clinical – although there is plenty of that from descriptions of wounds and the corpse’s exact placement to the tedium of a fingertip search. Bilton introduces a huge cast of characters – everyone involved, either directly or indirectly – and looks at the emotional and physical backdrop of what being involved in such a case looks like. The answer: it’s brutal.

The victims here are not excuses to look at the monster who attacked them, but real human beings. Bilton spends time introducing each of them and what lead them to the perilous moment when their paths crossed Sutcliffe’s. It’s respectful, but true; this is where Bilton goes into the red light district to highlight the burgeoning paranoia among prostitutes and the inevitability of going out again, joining another strange man in his car, and hoping that this one isn’t the killer. 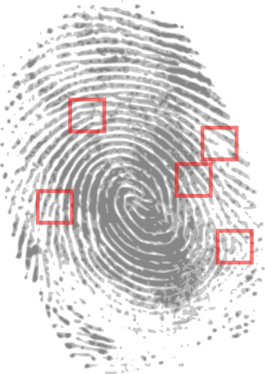 While Bilton builds out the cast of everyone involved, the police come more sharply into focus and under fire. So many mistakes were made, many of which would have been comedic if the effects hadn’t been so serious, that even the Queen got involved at one point. How could an investigation go so poorly? What happened behind the scenes? Why were records missing, hoaxes believed and followed, real victims discounted, suspicions ignored? The answer is internal politics made worse by blatant disorganization and a lack of logic. Mistakes were made, most avoidable, some merely human.

All these things come together, and Bilton crafts a huge web of happenstance and misguided investigation that finally leads to Sutcliffe’s arrest and a few brief after chapters (with Sutcliffe going to a mental institute and then later jail).  It’s a huge tour de force and not a light read as the details are staggering and all the names and people impossible to remember despite the information and introductions. I’ll be honest, a vicious edit would help, although it would also harm the dedication to fact and diligence that sets up Bilton’s unique look not at a killer, but at the system that almost failed to catch him.

For all the pages and the details, it’s a really good albeit intense read. I never felt bored (although, I could have done without the forensic/clinical description of a body and where every article of clothing was.) Something about the way Bilton writes is consuming, maybe in large part because of the questions he asks. How did the justice system fail so extraordinarily? Can it be avoided? Is it going to happen again?

Overall, Wicked Beyond Belief is a very thorough, very engaging true-crime book that looks at murder and justice from an entirely different angle. It’s enjoyable and a must read for true-crime and nonfiction readers, as well as those interested in police procedure and the evolution of investigation.

Also – a little something interesting. The Yorkshire Ripper died at the end of 2020, in prison, after being diagnosed with COVID-19. So, the story comes full circle.