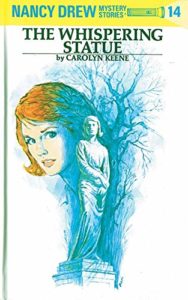 In her fourteenth adventure Nancy becomes a sales girl to uncover a ring of art thieves and counterfeiters while racing yachts and putting herself in danger. As usual, Carson Drew is out of town, but he trusts his daughter to track down a trove of valuable books for one of his clients. This client is sure that the man selling her books is cutting her out of most of the profit. When the Drews are confronted in their own home by masked and armed men immediately after taking the case, it becomes obvious that there is a much bigger crime ring involved than originally suspected. Never one to be daunted, Nancy is still going to take the case, but in disguise as Debbie Lynstock, a woman who looks exactly like Nancy but wears a wig and sunglasses (don’t get me started). 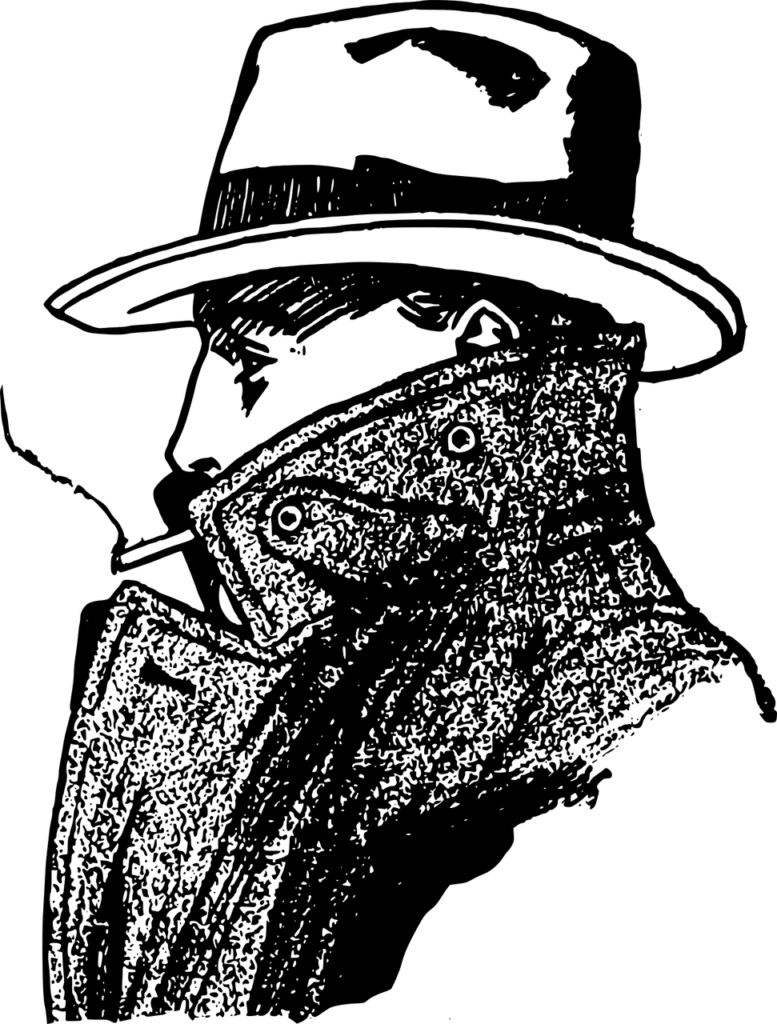 semi-vacations) to a seaside town where they stay at the yacht club and in between sussing out the dishonest art merchant race boats and receive threats. At the yacht club, they discover that the famous whispering statue, which looks exactly like Nancy, is a fake! Could this tie into the dubious ring of art thieves?

This was one of my least favorite Nancy stories. The “disguise” hampered my belief. I think Nancy, sleuthing super star that she is, would have done far better than sunglasses and a wig, and her many near misses, running into people who should know and recognize her, just highlight the sloppiness of her disguise. Bess and George, her known compatriots, also go by their real names and remain sans disguise. . . .because obviously that makes sense.

Nancy gets close to the art ring by working in the shop they use as a front, becoming an incredible sales girl who manages to shift thousands in fake stock, which oddly enough doesn’t seem to register with the usually upright sleuth. Nancy gets a little too into her selling gig, taking time out of the mystery when the gangster skips town to keep the shop open and profitable, again an action that stretches belief to the breaking point.

The statue’s coincidental appearance isn’t really relevant to the plot, but it adds an extra burden on our already strained belief. It just so happens to look like Nancy . . . and yet that doesn’t really matter at all. It’s just a weird stand in. As are the numerous yacht races (Nancy and her friends just so happen to be expert sailors now as well, yelling out nautical talk about jibs and assorted boat stuff as though it was second nature.) What world do these girls live in?

The Whispering Statue isn’t a horrible novel, but I feel even children will notice and wonder at the discrepancies and overly convenient coincidences. Of course, I still love Nancy and will keep reading, but this isn’t one of her better adventures (unless selling people fake stuff they don’t need for pages and pages is your thing…)