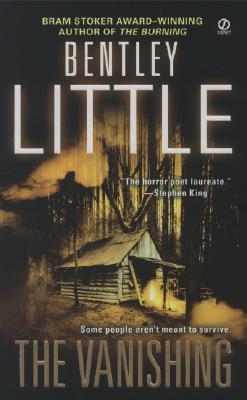 Reporter Brian Howells thinks there is a link, one that ties back to his long absent father who has begun to leave strange letters and stalk the family, a link that ties into Brian’s own growing bloodlust. Social worker Carrie Daniels is also starting to suspect that something strange is happening in the city; she keeps discovering deformed children, children with scales and horns, half child, half animal. When a gala puts her in touch with a rich and famous man who accidentally revels his sordid secrets, Carrie realizes that the stories she has heard are true. The connections between the humanoid children and the psychotic rich are there – but why and what do they mean?

The Vanishing is one of Little’s stranger tales, a mélange of violence and bizarre occurrences peppered with his usual foray into the past (in this case the gold rush). The story has a lot going on, including an insane amount of violence and a lot of general weirdness. The problem is that it never fully ties together. Questions are posed that remain unanswered. Things happen that don’t relate. The absurdity increases as the horror escalates, but the underlying story is weak, spotted with holes. In the end, as the characters storm in, guns blazing in true paramilitary style, all the realism fades and what we have is a gung-ho bloodfest with bizarre overtones of environmental preservation. 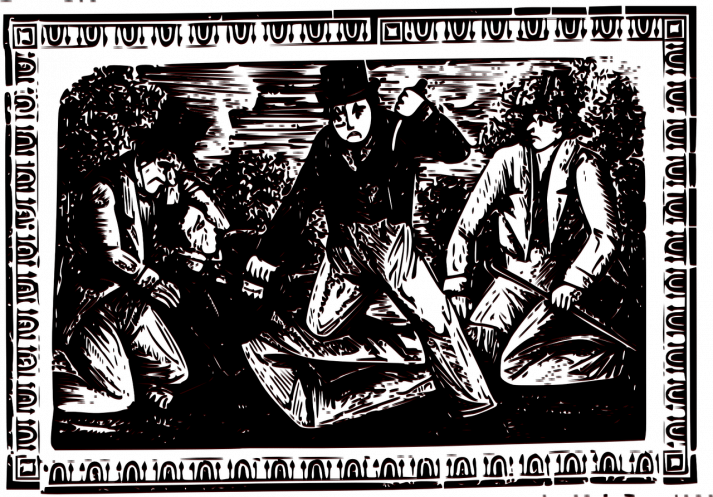 Bentley’s writing style is good (as always). His stories have a flavor of nature untamed and vengeful, counting up the evils of the past and demanding a blood price. Little usually connects present bad juju with an ancient evil, but while The Vanishing hints at that connection, it is never taken all the way. We don’t get answers that make sense. We don’t get all the elements tied together or even a sense of what the monsters that populate this story want or are ultimately hoping to cause. What we get is a lot of strange sex (and rape) and an incomplete history, dotted with everything from the occasional vegetation gone wild to zombie animals.

The Vanishing is also very disturbing in many places, and Little crosses some lines. Children get hurt. Animals (including cute pets) get hurt. Very early on. And it continues to a sickening degree, including one sequence with a character hacking apart zombie animals for pages, including a poor cat, and disposing of them only to do it all over again. It’s sick, but in the way of a disjointed fever dream. There is no point, no connection, and the characters go rouge at the end, ushering in an overarching lameness to an otherwise serious, albeit patchy, story.

The conclusion leaves us no farther advanced than we were in the beginning, but it does make us (or at least me) want a break from the darkness for awhile. There was so much potential for both subtly chilling sequences and all out horror, but what we get is a disturbing but pointless gorefest that fails to connect the dots or tell a compelling story. Ultimately, it’s not even scary. Just mostly gross and pointless.