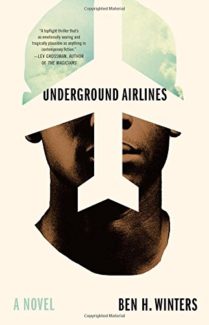 If Slavery In America Was Legal Today . . .

It’s a modern alternate America – Lincoln was assassinated, the Civil war never happened, and a compromise between north and south has allowed slavery to exist, protected in the “Hard Four” – Alabama, Louisiana, Mississippi, and a unified Carolina. The rest of the states self-righteously follow the “Clean Hands” law, refusing to purchase goods made from slave labor. Yet the industry continues, grows, thrives. The Hard Four is pitted with plantations that function as efficiently secured industry towns, high-tech observance commingled with primitive brainwashing and brutal punishment. A fine oiled machine that churns out cheap merchandise and death.

Enter Victor, as he is now named, a former slave whose escape left him with something worse than death, worse than being cast as a bloodied example. He’s now bound into the U.S. Marshall Service as an underground agent, a tracking device implanted in his spine. His job is to infiltrate slavery rescue operations, capture missing slaves, and help the South to reclaim them – think the Runaway Slave Law with national backing and the all seeing eye of technology. In this persona, he’s became a nameless entity, an actor who salves his conscious with the eventual promise of what is most precious – his freedom. His latest case tracking an exceptional slave named Jackdaw, however, is slowly eroding his protective “just following orders” barrier. Why are the Marshall’s withholding so much information in this case? What lies unsaid, between the redacted lines of official reports and the hissing of phone call static? Who is this Jackdaw and what does he know?

We first meet Victor as he is acting his role – that of a mild mannered African American man in Indianapolis who has bought his freedom and is searching to rescue his wife from the Hard Four. The Marshall service has tracked Jackdaw this far and believes that he is under the protection of Father Barton, a white pastor who rumor says is tied into the Underground Airline, a network of secretive cells who hide, transport, and free slaves. Victor’s plea for help is an irresistible cry, and one that will force an entry into the dark world of well-meaning but deeply flawed rebellion. And from here – following Jackdaw is simple, the ending inevitable.

Along the way, as Victor seeks entry into the network that will lead him to his prey, he meets Martha, a white woman with a mixed race child. With the woman and baby in tow, he now has a safe escort through the Hard Four and the hunt for Jackdaw, and the thing he is hiding, is officially on. Only, Victor must continually remind himself to stay in character, despite his nighttime pacing and the dreams of a former life and brother that just won’t stop. 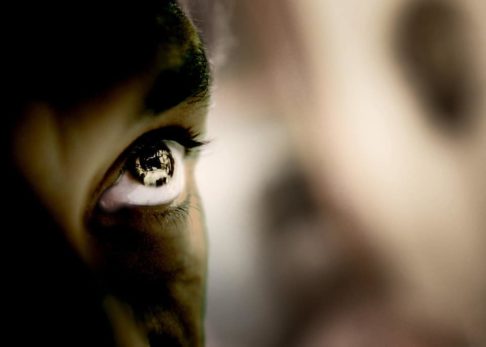 Underground Airlines is a deeply complicated story with the heart of a thriller and the soul of a social commentary. Victor is the epitome of everything we should despise – a traitor, a liar, a selfish moral vacuum, an opportunist – and yet, there is something in the cadence of his words, a subconscious depression, a sense of flight from personal knowledge, a weakness brought about by fear, that leaves us hoping. We root for Victor – not to capture Jackdaw but to do the right thing, which, of course, costs everything. This is, after all, a man treated as an animal – forced to extremes, monitored, degraded, forced to sell other lives in order to retain his own. This is also a man with memories which slowly unravel, those years as a child slave, the orderly endlessness of back-breaking toil, too little sleep, and desperation.

As Victor follows Jackdaw, under the effect of curiosity and Martha, who is also searching for a slave – her husband – he slowly opens, a frostbitten flower with a little life protected deep at the core. And as the mystery of Jackdaw, what he knows and what he has done, unravels, so too does Victor’s bleakest past.

And along the way, we have all the addictive action of a thriller – betrayals, secrets, political intrigues, rebellions, counter-rebellions, murders, hidden identities, high tech operations, underground networks, lies, and corporate espionage, to name a few. When Underground Airlines isn’t compelling us to truly evaluate our moral compass, and the long-lasting effects of racism and violent history, it’s gripping us as we breathlessly wind our way through a maze of deception into some sort of redemption. In the end it’s not about Jackdaw. It’s not even really about Victor. It’s about corruption, the lies we tell ourselves, the blood on “clean hands,” and what just getting by ultimately costs. It’s a breathtaking, jarring ride with a moral and the unforgettable, inescapable, fact that the past is always with us, chasing us, inescapable.
-Frances Carden