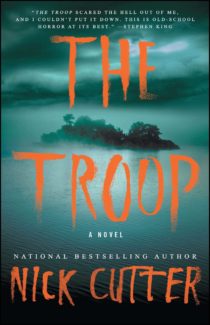 Waiting for the Worms

The Troop jumped on my radar based on a recommendation by Stephen King. This story of a lost Boy Scout troop starts on an out-of-the-way island with five pre-adolescent boys and their rugged yet sensitive scoutmaster. They are cut off from the world, back to nature, working on those badges and nurturing the sort of tenuous surface level relationships that evolve from all forced group dynamics. Enter a stranded boat, a very sick and ravenous man, a sudden storm, a military quarantine, and boys becoming men as the clock ticks and they try to survive both the new infestation of the island and each other.

I’ve long been a fan of the spooky stranded stories, ala John Carpenter’s The Thing. Add in the paranoia bred of the unknown – an unseen, easily transferred sort of disease, bioengineered, supernatural, or natural – and you have the recipe for a subtle story that examines the weaknesses and fears of the paranoid human mind set against the backdrop of a kill-and-be-killed sort of nature. Only, that’s not quite what The Troop is, despite the back cover blurb and the lonely, lightening blasted island displayed on the cover.

The story almost instantly pivots when Scout Master Tim discovers Patient X, washed ashore, pale and inhumanly skinny, able and willing to eat both anything and everything. The story, promising abandonment and paranoia, subtle yet lethal, instantly transforms into a 80s-like gore fest of body horror and gross out effects which string one sticky page together after another. Our pathogen is hardly the silent warrior in the form of a virus, but a bioengineered, very obvious tapeworm infestation, which has our bloody limbed characters swarming with larva and eating everything from the gross to the profane. 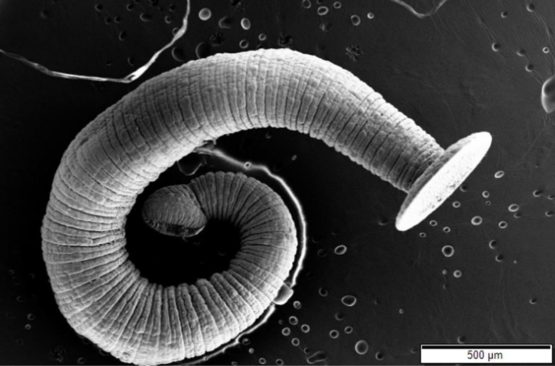 Scout Master Tim himself isn’t long for the world (what horror novel of this type ever lets the arguably responsible adult live) and soon the boys are up, ready to transform themselves into adults through the worst possible ordeals. This is where the book, already drenched in the sort of stomach churning passages that have us feeling that vague, sickly brownness of an impending blackout, loses a lot of its impact. The boys are not characters but caricatures. They are there to experience and describe swollen bodies filled with waving white worms and the progression of the starvation caused by a worm that has little concern for the survival of the host and, evidently, itself. The boys are not there to gain our empathy or our interest.

We have the obligatory secret psycho, a wan child named Shelley, who gives everyone the creeps – and for good reason. Shelley is here to up the ante on the game (surprisingly, as though we really need more to make us sick). Of course the worm, the horror, isn’t the only nemesis. It is humankind, ultimately, that makes the biological horror and that turns on one another – a concept that is more than a little old hat and completely predictable and underexplored here. Add in pages of Shelley torturing animals, including a kitten, and even the most stout horror fan will be thinking of turning this book back into the library. Unnecessary brutality for the sake of more gore just makes the book even more off-putting, the audience even more ready to call it quits.

Then we have the usual take-no-prisoners jock, Kent. Of course Kent has a powerful daddy, the town’s policeman, and sees himself as the true leader. And, no less surprising, Kent is an idiot who will only lead the troop into further abominations before succumbing to the worm and letting the author wax lyrical on the temporality of physical strength and prominence and the wasting effects of disease. Predictable ploy number two . . .

And for predictable ploy number three, there is Newton, the always bullied fat kid with the heart of gold and enough brain power to rival Einstein. He is of course the not so secret anti-hero who the boys undervalue but should really be looking towards. He’s also, obviously, the only one who ever paid attention and knows how to survive this island. 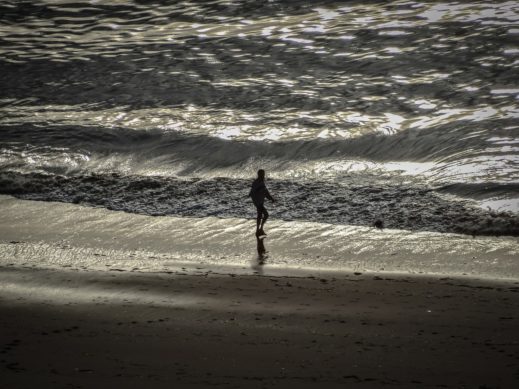 There is Ephraim, a bad seed in an entirely different way than the conventional, opportunistic Shelley. When the chips are down, Ephraim with his rage issues, is his own villain and hurts himself more than others. He’s also the convenient catalyst for pretty much every internal structural breakdown between the boys that the author needs to keep the story going.

And finally, the least characterized member of the bunch, Eph’s best friend (in almost twin-like fashion) Max, whose quite, gentle nature is easily influenced and lead yet supposedly somehow more noble than his flawed cohorts. And this unknown boy, even less developed than the others, is the alleged hero/survivor.

Together the boys struggle across the storm blasted island in the wake of their adult support structure, trying to figure out why the authorities don’t come, what this worm is, and where and how they become infected. One by one Shelley’s schemes hatch just as the fledgling worms find entry to each boy. It’s a string of bizarre judgements with final confrontations, sticky caves, waving worm clusters emerging from the corpses of their starved hosts, and interspersed newspaper clippings that give the reader the worm’s backstory and foreshadow the deaths we know are coming.

In the conclusion, it’s a decent premise with the ultimate Jurassic Park we-had-the-tech but we were so busy we only thought about if we could use it, not if we should use it moral. In the end, the story is ultimately one long string of gory interludes with the plot and the characterization back seat considerations as Cutter makes it obvious that the star here is the stomach churning descriptions. There is no subtle horror here and no true introspection. In the end, the good points of the story don’t outweigh its underdevelopment and reliance on gross-out effects to keep us intrigued. Only readers looking for extreme body horror and torture descriptions could ever like this book – making us wonder just what sort of humanity this sort of novel is encouraging. This was more than I could take – too much. Never again.