Trial of Lizzie Borden, The 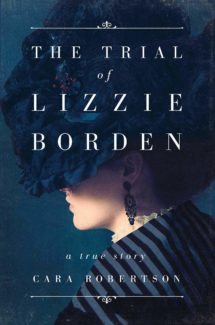 How to Make a Sensationalistic Case Boring

Having just finished Sarah Schmidt’s See What I Have Done, a fictitious imaging of that humid summer’s day in 1892 when Andrew and Abby Borden were brutally axed to death, I decided I wanted to know a bit more about the real, non-fictitious murder. This was my first dip into the world of true crime non-fiction and there were a LOT of books on Lizzie’s life and the events that led up to the eventual, seemingly surprising “not guilty” verdict. With its high ratings, relative newness, and easy availability, the audio book version of Cara Robertson’s acclaimed, objective accounting is the one that finaly won my remaining Audible credit.

The Trial of Lizzie Borden, a nearly 12 hour audio book (the print version being around 290 odd pages of actual text, excluding sources and notes) takes the sensationalistic murders and the high profile, very public trial and, frankly, makes it boring. A goodly part of this dryness in a gory case is from the narrator, Amanda Carlin, whose lugubrious tones are almost computerized and completely devoid of any inflection. She tells about finding the bodies in much the same cadence as she relates gossip or the details of Lizzie’s famous blue dress. 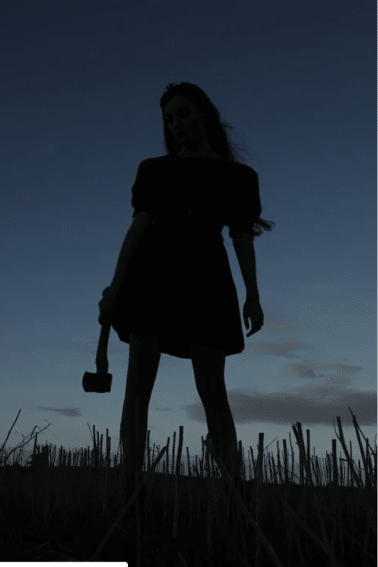 The second half of my disenchantment, grating narrator aside, is the plodding nature of the story. It’s arcane writing, no doubt trying to capture the genteel sensibilities of this high-class Gilded Age town, equally weighted down by its repetitiveness. The details are all here – relevant or not – a true researchers‘  dream, even if that means combing through the gibberish and the life and times of lesser figures in the drama, such as the lawyers and journalists. For a person brand new to crime non-fiction this info dump is less than ideal; indeed, it’s a casual reader’s nightmare.

I came to this wanting to know how much of Schmidt’s book was true and what the real life Lizzie was like. I got the first part – the general prevailing who-dunnit theories of both then and now from the shady uncle to the usual unknown person with the unknowable motive. Lizzie herself though, never truly comes alive. She is, indeed, history’s mystery and comes off as unfeeling (in the early days of the data gathering even gloating) woman. While the people of her time, convinced that a lady, however stoic, is some sort of seething caldron of sympathies, found her immeasurably sympathetic, readers, faced with what little cold hard data there is and only reporters’ depiction of her mannequin calm feel otherwise.

That’s not to say that Robertson ever gives us her final guess in the did she, did she not game. Instead, she keeps her objectivity while explaining how Lizzie’s acquittal, in the time and place that she lived, was inevitable. That’s where, so the reviews say, this book is unique. It is a true product of its time and place, focusing on the perceptions of woman and also race. For example, a woman (of course) could never commit any type of criminal barbarism (at least not a white lady, anyway). Furthermore, the generally accepted profile of animalism, which equated to criminality, was evidenced by the foreigner (of course). With this in mind, and admittedly belabored for what feels like hours, Robertson makes her point. It didn’t matter what circumstantial evidence, including Lizzie’s sudden need to suspiciously burn a dress, pointed to. This town, these people, this social structure, and this time left no room for any other interpretation than not guilty. 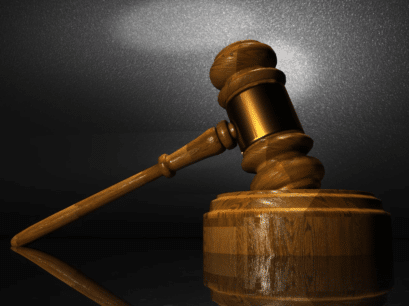 That’s not to say that Lizzie, already shunned before her actions for her father’s decision to live below his means and her own spinster status, wasn’t secretly (or not so secretly) abhorred after the trial. Robertson doesn’t spend much time following Lizzie afterwards, but there is a blip, including a split between Emma and Lizzie that Schmidt, in her moody fictional narrative, pounces on.

Despite the good information, even the historical picture though, I was downright relieved to hear the “This is Audible” proclamation that signals the end of an audiobook. The writing, the divergence from the trial into the lives and motivations of minor players, the repetition, and painfully dull narration were more than enough to kill my budding flicker of interest in crime non-fiction in general and further studies of the Borden story in particular. Robertson’s book may be good for researchers and serious students of the Borden story, but for the general reading populace just seeking a little more details, this is not the go-to book.