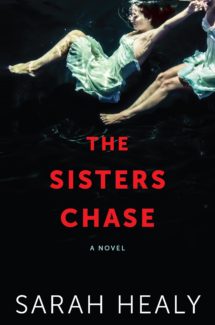 The Soft Underbelly of the Shark

Mary Chase is, in the truest sense of the world, a rebel. She lives in her own world while helping her mother run the family’s rundown Jersey Shore motel. Mary is not above the romantic forays of nighttime beach walks and encounters with strange boys from far away. Mary will never be confined or told what to do and nothing stands in her way or provokes a sense of guilt. She’s beautiful, and she knows it. She’s free because she wills it. She’s self-sufficient because she will lie or steal for survival. So when eighteen year-old Mary’s mother dies in a car crash even the semblance of rules and a “normal” life disintegrate. Left alone with her beloved four year-old sister, lovingly called Bunny, Mary must strategize not only how to survive but give her sister the kind of windswept life she never had – one of escape and travel and beautiful swamps populated by stories and dreams. With the motel deeply in debt and relatives snootily out-of-reach, Mary must take herself to a new level of “anything goes” cunning to support her sister. Yet, beneath it all, there is an even greater, more life shattering secret, and a buried dream Mary intends to force into reality.

The Sisters Chase is a strange hybrid story commingled between coming of age, mother/daughter relationships, and a slow burning mystery. Mary is a dynamic character – not always likable, or even accessible, but somehow irresistible in her lack of definition. Mary is a girl who does what she wants and is not restricted by the thoughts of others or her own perceived place in society. In an essence, she has more important ambitions – a plan long in the making that must be carefully laid and lovingly manipulated. The only factor that ties Mary down, that keeps her ephemeral spirit linked with our everyday world, is her sister, Hannah (Bunny). Hannah is both the joy and the grief in Mary’s life. A sedentary spirit, interested in the traditional sense of home, Hannah is made continually miserable by Mary’s midnight escapes and constant travels, her prided sense of namelessness and facelessness in every new community. And yet, Mary is all she has left and Mary, strange and detached from human emotion as she seems to be, feverishly, dangerously loves her sister. But what happens as the girls grow older and Mary, the surrogate mother and friend, is left behind by a person evolving beyond the need for escape? What happens when carefully laid plans are foiled, when dreams are gained and lost, when love briefly touches and then eludes, when safety and sanity is threatened? What happens when the fracture grows too wide, when it all becomes too much?

The Sisters Chase is a promising read, recommended as the Book of the Month June pick by my favorite judge – Liberty Hardy. The ephemeral sense of character, how Mary doesn’t seem truly of this world, and her untouchable qualities, her self-sufficient and yet magical ways, her adventure and weaving of stories, makes her engagingly mysterious and endearingly aloof. What Mary cannot do, however, is connect, except with Hannah. This means that as readers we watch her – at times understanding, at other times in awe of her audacity, her guiltless willingness to smash moral and social barrios. Yet, we never truly engage with Mary and her aloof nature is so well conveyed, her mystery so completely encapsulated with only occasional visions into key moments that feel more necessary for the plot than for Mary herself, that readers never know and, therefore, never truly engage with her. We don’t root for Mary, at least not in any active sort of way. She’s interesting and wild, deeply disturbed and yet above it all, but mostly she is just an archetype and her mystery, no matter how much we learn of her internal strategies and driving forces, feels as though it has never been disturbed.

This holding back coupled with the presence of a main character who desires to go ultimately unknown, keeps the plot slow, revealing too little and too infrequently to get readers adequately perturbed. We can often guess at Mary’s motives and sometimes they are told to us, a stilted form the author needs to use when its integral for the story that we know or understand some fact of Mary. In this way, the mystery is too well done. The book ends and we still have never known the Chase girls. There are so many questions – why a strong character like Mary is so weak. Why she runs away so much. Why she let a certain person go and then fell prey to the oldest phone trick in detective stories. Why she ultimately crashed and burned despite being shown as diamond tough and impervious. A glimpse at the soft underbelly of the shark – yes, this resonates. But for true involvement and shock, we needed more than a glimpse. We needed to swim with that fish.

As the story, markedly portioned into two parts, progresses, a change of scenery from an almost forever home (complete with the attainment of Mary’s most ultimate wish – the secret catalyst behind everything) to road trips and cheap towns further distances readers. Here the slow pacing jerks to a stop, resting and then running in place at points, only to vault over entire years and seasons. Hannah grows up and her relationship with Mary, previously so well defined, seems to be disintegrating in the typical nature of a teenager, yet this is all so peripheral, summarized and not shown. This leaves the overly climatic, and yet incomplete conclusion at a total disadvantage. All that slow pacing and the careful construction of Mary’s plans are discarded, a non-ending shoved into its place, as though the author was flailing for a proper conclusion but got tired and just put something – a placeholder.

What sings in the book – the beauty of nonconformity, the passionate and yet hidden nature of someone adrift from humanity, the conniving of a sharp mind with an agenda continues to keep readers engaged and yet, when that last page is flipped and the fake “happily ever after” ending attached, readers snort and put the book aside to be instantly forgotten. The story is interesting in the way of many modern thrillers – we care enough to finish it. We even get into it in parts, and yet there is nothing lasting here. This is another book with potential that ended up being just ok and now sits gathering dust in a shelf, something you’ll run into a year from now and wonder if you have read.