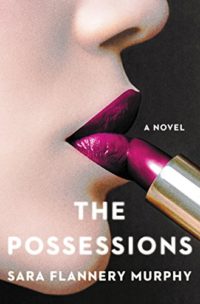 Have you ever wanted to be someone else? In Sara Flannery Murphy’s world, you can do exactly that. Slip the bonds of life without physically dying, lending the husk of your body to the grief of others and the numbing sensation of drifting away. Whole hours, whole days, gone. A stranger speaking through your lips. An experience that you, yourself, will never remember.  Sweet oblivion and respite from the past. A future not your own. A profession shrouded in mystery and escapism, a peaceful living death. No physical contact, just a controlled room, a Lotus, the lending of your voice, and the escapism of voluntary amnesia.

Welcome to the Elysian society, a high-end organization where specially tailored pills, named Lotuses, allow the imbiber (nicknamed the “body”)  to literally give the essence of their corporeal being over to the dead. A service for those who are grieving, the ability to say a final goodbye, to sooth the emptiness with a few stolen hours, the pricey capability to never let go. Closure? Perhaps. Ongoing relationship – in the way of all fragmented dreams, yes. But who would volunteer to pop a pill and give their own being to the dead? A risky proposition. An escape you may never return to and the reason for so many rules – no channeling for those who underwent violent death, murder, or suicide. Insanity is the best result. Possession the worst. 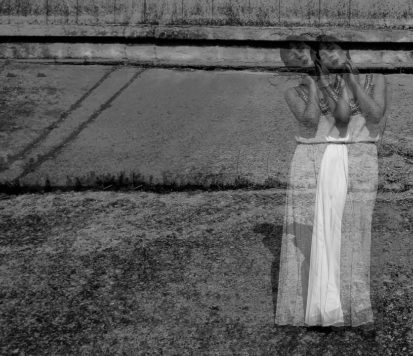 Eurydice, nicknamed Eddie by the other more temporary bodies, has discarded her identity. She is the perfect body. A blank canvas, willing to slip on the lipstick of the dead (or some other personal article) and give herself over to emotions, reunions, life altering revelations that she herself will never remember.  For someone who lives in such a high risk world, Eddie herself follows all the rules. She never loans herself out for private encounters – clients with limitless funds and a desire to do more than just talk with their long lost dead. For years Eddie has remained as the other bodies come and go, until Patrick Braddock, a recent widower, awakens something within her. The murky circumstances of his wife’s (the luscious, purple lip-sticked Sylvia’s) death and the ability to remember, the insight into another life, can’t stop Eddie and once she starts to down the rabbit hole, her own past blossoms like an insidious night flower, pale and ghostly, with more than a little death.

In such a world outside the norm, where talking to the dead is a profession, Murphy keeps enough mystery to make it enticing and reveals enough to make the strangeness familiar. Looking closely leads to many holes – why is there only one supplier of these famed Lotuses,  why do the dead speak in every-day dialogue and yet describe no great beyond (nor does anyone seem to ask them or care], how exactly are they channeled through this pill, ad infinitum, yet the aura of the tale, dark and brooding with a sense of sterility and distanced objectivity, enables readers to so easily and effortlessly believe. It’s a fantastic journey, more conceptually than scientifically possible, but the depths of the human heart that it traverses and the haunting possibilities it opens are more than enough.

While the concept is electrifying and unique enough to have us addicted from the first page, the star of this debut is Murphy’s almost poetic language and her ability to say much with little. The text mimics the voice of Eddie, educated and evidently traumatized, with a distance that is appealing for its authenticity and surrealism. Eddie herself seems like a disembodied spirt, watching the actions and reactions of her own body, an observer with no stakes and a sardonic, “this is how the world ends” view. It’s lyrical, dark and serpentine, dispassionate and yet resonate with emotions that can rend and shatter. As two consciousness become one, the presence of two broken beings in one ordinary body (come on, the title more than gives it away) becomes an eerily harmonious voice. Neither Eddie nor Sylvia are characters you will necessarily like, yet the brooding siren song of their creepy co-voices is enough to push us beyond the boundaries of like and dislike into literature, concepts, and atmosphere. It’s a tricky (and rarely successful) line to walk, but Murphy struts with utter confidence and despite minor foibles succeeds in delivering a memorable and downright possessive plot. 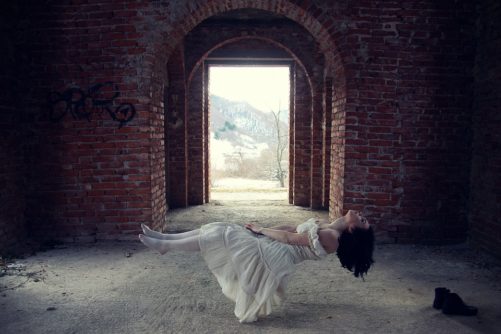 An ambitious combination of everything from romance to psychodrama to light horror, The Possessions sets itself a high goal and while readers close the last page with a sense of satisfaction and of having read something truly different, not all aspects of the tattered life threads coalesce into a deliberate picture. The side plot of a murdered body and the answered temptation of a channeling become plot devices in the end, Hopeful Doe (the nickname for the unidentified body) disappears into the clouds of dramatic story intentions, ultimately dissolving. Patrick and the romance elicited become minor players and a shroud of non-deliberate mystery floats over the story, which despite all the revelations has a murky quality. We feel that there is more. Answers to half formed questions, Insights into staccato memories, explanations for life-altering reactions. Like speaking with the dead, ultimately there are more questions than closure but the possibilities of the beyond and the resurrection of a strange, phantom hope leave readers with an odd sense of acceptance and a morbid curiosity.