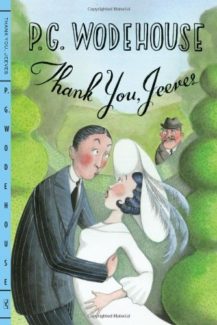 Dim-witted aristocrat Bertie Wooster and his inimitable gentlemen’s gentlemen, Jeeves, are at it again in Thank You Jeeves. Bertie has taken up the banjolele and with it has lost an otherwise faithful Jeeves (as well as his apartment). Alone, yet determined to make the best of things and win this round against his ex-butler, Bertie strikes out for some solitude in the country at his friend Chuffy’s estate where he can practice his new musical instrument to his heart’s content.

Nothing is without a price though. Soon Chuffy enlists Bertie’s help in an epic romance. The problem? Bertie was engaged to Chuffy’s new paramour, the episodic Pauline, shortly before and has been desperately avoiding an encounter with her since. Pauline abandoned Bertie (who was caught at his bizarre antics again) at her father’s behest, and now Bertie must share the estate not only with Pauline, but with her no-nonsense American father. Luckily Chuffy’s newest valet, Jeeves, has a better grasp on the situation, which can’t be said for Bertie’s new man, the feckless Voles. 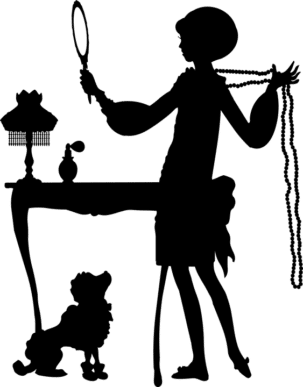 As always, the adventures of Bertie and Jeeves are laugh-out-loud hilarious and rollickingly absurd. Wodehouse has a way with words, a British stiff upper lip comedy routine mixed in with slapstick maneuvers and a penchant for the flat out fantastic, all of which combines into a lovable mixture as situations escalate and lovers are hilariously thwarted and reunited. From dashing away from a murderous new butler to stealing breakfast from his chums, Bertie is in full form.

Unfortunately, the banjolele and all the potential comedy surrounding it is not fully fleshed-out. We don’t get to actually “hear” Bertie practicing his dastardly instrument nor does it really add up a lot of page space. Alas, we want to know more about this weird instrument and see the reaction of others as Bertie strums away.

Pauline and her gruff father make good antagonists and were it not for the help of Jeeves the entire misbegotten romance would have rested permanently on the rocks. The only cringeworthy element is an extended scene where the main characters use black face, which is, unfortunately, part of the denouement as well.

Overall, Thank You Jeeves is another winner. It’s also one of Bertie’s more memorable adventures thanks to the loss of Jeeves, the addition of Voles and his murderous rampages, Pauline’s gangster style father (kidnapping anyone?), Bertie’s own attempts to smooth the romance sans Jeeves, sleeping in strange places (and having constables find you), and at last, the breakfast fracas that keeps the ending light-hearted just as hearts are about to break. I forgot how much I love this series and the ever-chipper Wodehouse. Another must for comedy fans everywhere.