Sun Down Motel, The 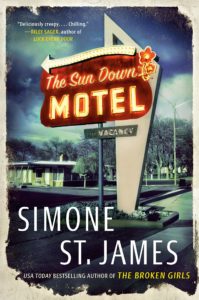 The Sun Down Motel is touted as the perfect mix of mystery, thriller, and horror. Even the cover art has that zap-zap-zap sound of an old neon sign (vacancy! vacancy!).

It begins with Vivian Delaney. It’s 1982 and Viv is a grown woman (barely), hitchhiking aimlessly. When a creepy experience lands her in Fell, New York, she rapidly realizes that her mother may have been right: she isn’t prepared for this world and the dangers that are suddenly everywhere. Biding her time, she takes the job of night clerk in a nearly abandoned motel. Even the owners seem reticent to visit the place. Between its emptied and cracked pool, occasional unsavory tenant, and the generally blighted history of Fell, Viv realizes that the past may be dead, but it is hardly quiet. And then she disappears, another passing face in the night, here and gone.

Thirty-five years later, her un-moored niece, Carly, decides to track down the Sun Down Motel and personally investigate her aunt’s disappearance. She is still in the grips of grief over her mother’s death, and the lifelong mystery of her ill-fated aunt has a certain grim allure. With no ties that bind, she leaves college and finds the motel much as it was in the 80s. Even better, her aunt’s old job is open and her new roommate is a bit of a true-crime fan. Fell, it seems, has some restless ghosts and it’s up to Carly to unravel the mysteries of the past that still haunt the motel. 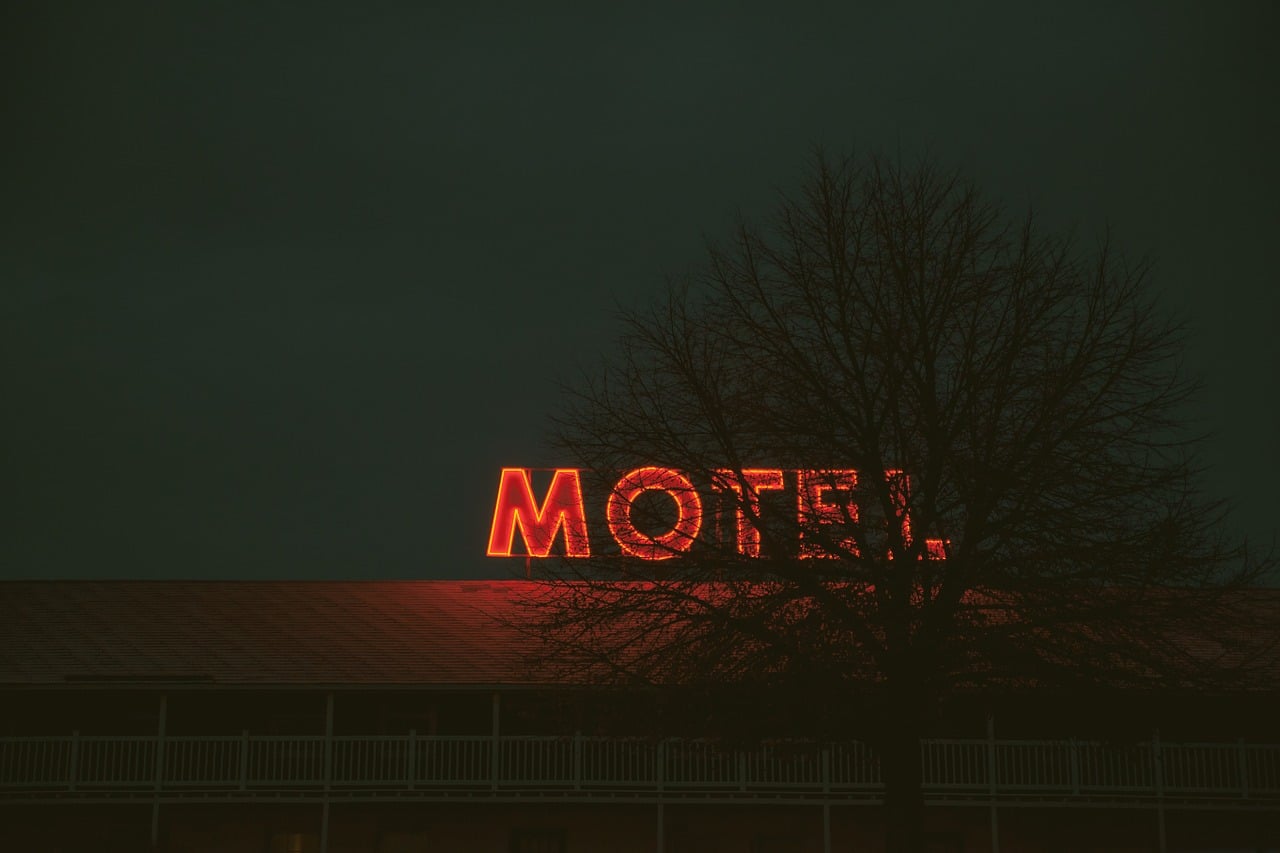 Simone St. James alternates the chapters between the past, chronicling Viv’s encounters with the motel’s woeful specters, and Carly’s present-day snooping. Despite the thirty-plus year time difference, the stories track at the same speed, and Carly’s investigation is a non-sequitur that adds nothing to Viv’s far more interesting story. While the reviews promise horror and spine-tingling ghost action, the story itself verges more into the less-good campy side of 1980 B-movies. The Sun Down Hotel, however, takes itself seriously and while it throws some good motel imagery around, the clunking sound of the vending machine, the fluorescent fizzle of those old signs, that seedy motel smell of old smoke and even older disappointment, it never truly lands in one place. Viv starts out seeing ghosts, including one in particular who captivates her curiosity. She investigates and begins to track what the ghost is telling her, leading to the mystery and true crime portion of the narrative. So far, so good. Yet, what of the other ghosts and the general paranormal pull of the motel? The same issue arises in Carly’s time frame. Again the other ghosts appear – the one with the cigarette addiction that apparently goes beyond the grave and the lone little boy who is always dressed wrong for the time of the year. Yet these ghosts apparently don’t have stories worth telling, nor do Viv or Carly ever ask why the motel attracts so many specters of its past. Do they all have unfinished business? Apparently, it doesn’t matter.

While the ghosts become an afterthought, Viv’s investigation into one of the hotels denizens is where the true power and compelling nature of the book comes into play. Yet, even here, there are missing pieces. In the true nature of horror and thrillers, the characters make irrational choices and react in irritating and distancing ways. Their curiosity is offset by an equal inability to reason alongside a mania for risk taking. It’s somewhat distancing in Viv’s portion of the story and completing off-putting in Carly’s mostly unnecessary side narrative. 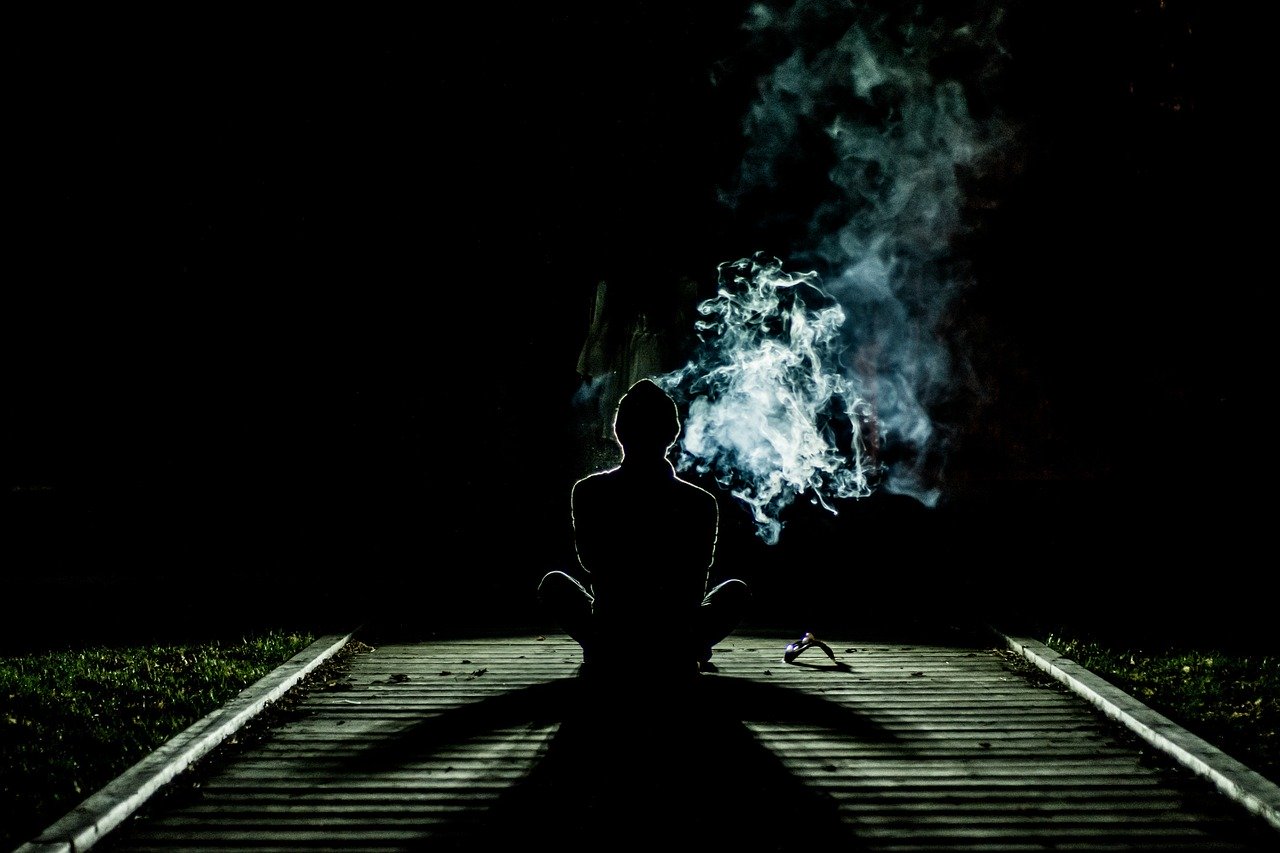 The concluding sequence of Viv’s story, before the present day, also has holes and the ubiquitous moment where the main character must put herself into predictably life-threatening danger. Yet, it’s still interesting, if not dynamic.

Merging into the present day though, with the resumption of Carly’s narrative, the story leaves a lot to be desired. There is a new, unnecessary character, a showdown that leads to some overly dramatic human and ghost action, and a decision that is ridiculously simplistic and clichéd. The book should have stayed with Viv, tightened that story line and investigation, and left Carly out of the narrative entirely. Multiple ghosts should have been given meaning, or the motel should have only had the one specter. There are other areas too, each with equal promise, but an incomplete casting that takes a fantastic premise and atmosphere and makes the entire book merely ok – enjoyable-ish (in the way of all mediocre time-killing asides) but ultimately forgettable and flawed.