Spoonful of Poison, A 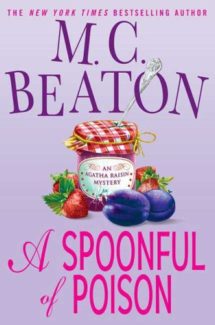 Agatha is once again using her magic (and bullish influence) for PR to support the church fête of a nearby village at the behest of Mrs. Bloxby and to gain the attention of George Selby, a handsome widower. The fête attracts people and news channels from far and wide when Agatha trucks in a singer who owes her a favor, but the event soon takes on a darker note when a man throws himself off a nearby roof.  It’s not long before the police discover that the jam-tasting booth is at the center of the trouble. Someone spiked the jam – with LSD. But why? Was it a prank? A drug deal gone bad? Or was someone being targeted?

Agatha is once again on the case, competing with her popular assistant, Toni, and trying to win Selby’s favor. But, as the bodies start to stack up, Agatha herself becomes an unwitting target.

By book 19 in the series, readers are more or less familiar with the routine. I love the Agatha books. They have an irresistible coziness, despite the fact that Agatha is hardly the most likable character out there. They also have a tried-and-true formula that you either love or hate by now. I try not to read the Agatha stories back to back because the books easily blend into one another. Agatha is, as always, foolishly seeking male attention at all costs and 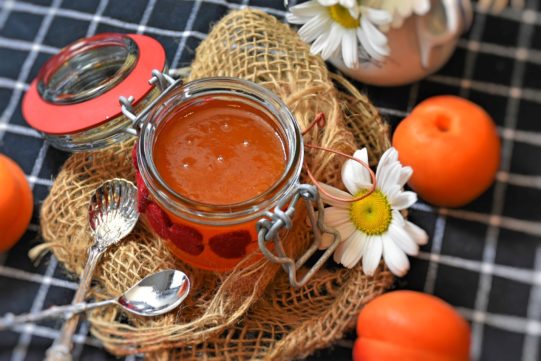 Image by RitaE from Pixabay

bemoaning her loneliness and aging. Sir Charles is an on-again off again friend who crashes Aggie’s house and leaves her high-and-dry. Roy Silver will inevitably visit, become sort of involved, and need Agatha’s help with a PR issue that makes her miss the old days in the city. Mrs. Bloxby will worry about Agatha. Agatha will suspect everyone, someone else will die, Aggie and crew will cover up their not-so-lawful investigation and withhold important details from the police, and Agatha will nearly be killed. She’ll also have a terrible, terrible relationship.

That’s not to say that A Spoonful of Poison isn’t good – it is. But it’s not any different than the other Agatha stories (and not a good place for brand new readers to begin.) By this point, everything has gotten a bit repetitive, although Beaton has started to refresh the series with the introduction of the Agency and different characters, especially Agatha’s frenemy Toni, who will soon become a leading character. I’ve already read the next book in the series (which is actually where I inadvertently started), and I’m here to say that the new angle pays off and gives the long running story a much needed boost.

And so, A Spoonful of Poison is the usual Agatha fracas, fun and cozy but predictable. It’s neither the best nor the worst in the series. The story meanders through the investigation and lets the side stories run a little too long, but it’s still an enjoyable addition for fans and helps to get characters like Toni further along into their metamorphosis. At this point, readers can still bemoan Agatha’s unchanging character and continual fascination with her ex-husband (yes, James Lacey will not go away) or they can accept the imperfections and enjoy the series for what it excels at: fun mysteries with a good, cozy setting and a cast of fallible people we have all come to love anyway.