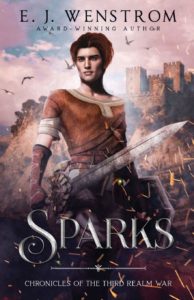 The Final Conflict, the Greatest Loss

Back on Terath, things have been escalating from bad to worse since Adem, the realm’s most powerful golem, sought Rona’s soul from the underworld and his own transformation. The rift between the underworld, the heavens, and the regular world has been widening, more vengeful creatures and rebellious Firsts emerging to bring about a final, shattering, war.

The small settlement of Haven is all that is left of those loyal to the gods, those willing to fight to close the rifts and reestablish divine order. The major issue: the absentee gods have even abandoned Jordan, their chosen, and the few who remain loyal to the gods are struggling against the monsters of the wasteland and powerful enemies who still seek the necklace’s ungodly power. Every day, more enemies come, more things slink from the wasteland, and the denizens of this tiny place grow more resentful of the sorrowful golem who lives on the edges of their society. Without a chosen one to protect him, Adem may be the first of many sacrifices in a losing series of battles, especially when his vengeful maker arrives on the outskirts of Haven. 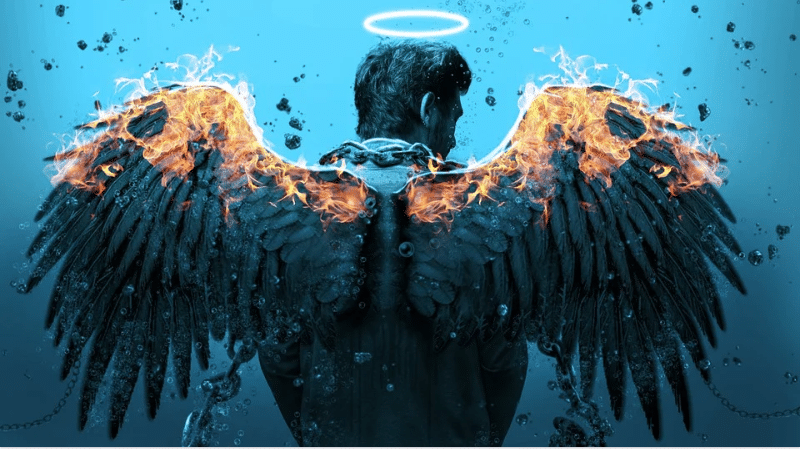 Each of the books in the Third Realm Wars trilogy (including the prequel) is told by a different character. In Mud, we start with Adem, the tortured golem and easily the most empathetic and unique fantasy character I’ve encountered. In Tides, we transition to Rona as she relives her own death and the trauma of her first, forbidden love with a now insane angel. In Sparks, we take our final journey alongside Jordan, once such a strong leader, now disillusioned because everything he has been told of himself, everything he has ever been lead to believe and strive for, is all a lie. The gods have abandoned not only his people – but more personally, him. Jordan is not the chosen one anymore. He no longer hears Theia’s voice, and he has been rejected by everyone except Adem. The literal “has been” of the group, Jordan is, ironically, the only one with a clear loyalty to the good natured golem and the only one willing to put everything on the line to reverse the rescue role and journey the wastelands to free Adem from his now returned, and desperately evil, creator.

Xamson, Jordan’s boyfriend, who is struggling with his own feelings of rejection, comes along for the journey. A new love triangle arises when Bastus, the playful demon who once loved and watched Nia fall prey to the necklace’s power, takes his own part in both love and war. The all’s fair paradigm deepens, transforming as the final novel in the series examines sacrifice, identity, destiny, love, and faith (in yourself and in others namely). Tie this all together with a mythological theme and some Book of Revelations like final plagues (and Nephilim!) and you have a story that is just as gut wrenching as it is imaginative, edge of the seat, and fun.

As the journey progresses and Jordan, Xamson, and Bastus search for the gods, Wenstrom unfolds Adem’s mysterious back story, including his creation and his creator’s driving purpose. It’s the moment we’ve been waiting for, and Wenstrom delivers. It’s emotional, inventive, and ties (almost) all the loose threads into the final answer – for Adem, for Jordan, for the necklace, for the realm. One thread does, however, remain dangling: how can Bastus, as a First Creature, have relationships with humans (something he lets slip has been a part of his history since Nia) when the same action doomed Kythiel?

The finale delivers on everything the series has been building up to. It is dramatic, oddly sad, and gloriously beautiful, a wrenching sort of pain that leaves us satisfied but grieved that we must step back from these characters, must depart from this troubled world. I do hope for more prequels, more sequels, more chances to adventure in this vibrant world and walk with these characters, who after this powerful journey, have become closer than family.  I’m not ready to let go, despite the tears of happiness that threatened during the conclusion.