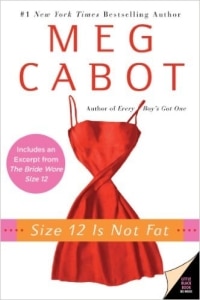 A Ride to Die For: Cozies and College Murder

Portly ex teen-queen, mall opening popstar, Heather Wells has lost everything except her spunk (and, okay, her weight). With a record contract lost, a boyfriend stolen away, her fortune snitched by her now living abroad mother, and a love-lorn life living in her landlord’s (aka, crush’s) brownstone, Heather has left the world of glitz and glam to be a dorm (sorry, residence hall) assistant. Enjoying the bustling life of last minute lattes and New York foot traffic, our heroine is surprisingly well adjusted and content with her lot in life. That doesn’t mean that Heather doesn’t have dreams – dreams of her hunky PI landlord (and ex-boyfriend’s brother) Cooper and eventual hope that size shaming will be ditched and the realization will hit the trendy world all at once that size 12 is the average American woman’s size and definitely, definitively, not fat.

Armed with spirit, wit, and a charming vivacity, Heather settles into her new life replacing the famed Justine as the dorm assistant. However, when a rash of girl’s begin to elevator surf and bodies begin appearing at the bottom of the residence hall elevators, Heather’s job takes on a sinister thread. While the police rule accident, Heather knows better. Girls do not, read they do not, elevator surf. Armed with intuition and a sense of budding responsibility, Heather begins investigating the girls’ past only to discover one deadly commonality. Now at risk of her own life, Heather must confront and stop a vicious killer before more freshman end up staining the elevator shafts of Fischer Hall.

I originally discovered Meg Cabot’s Heather Well’s series in Big Boned (the third novel) which was displayed at the library. In the mood to discover a different cozy mystery author, I soon became enamored of the strange yet completely enticing mix of comedy and investigation/murder mystery. I decided that it was time to go to the beginning of the series and see if the magic was a fluke or if I had discovered a new favorite. Size 12 is Not Fat is even more enthralling, mixing a somewhat gory mystery with a sardonic narrator, some laugh-out-loud comedy, and a genuinely perplexing mystery. It’s complex and full of atmosphere and verve – everything you could ever possibly want from a cozy mystery.

While the ex-pop star thing seems, well, strange, it actually works. Heather is very down to earth, cheerful and chummy and generally likable. Her past is something she shrugs off and her lack of hubris, indeed her boisterous taunting of the music industry, keeps it real. It’s just outlandish enough to be funny and lead to some amusing situations without being overblown. Also, after having lost so much, including her fortune to her own mother, Heather remains kind and likable, which cements the reader’s bond and investment in her character.

In between all the laughs, the sinister aura of the mystery itself creates an atmosphere that, while cozy, is also tense. There are stakes to this mystery, and there is legitimate danger and even insanity. Investigation is top priority and while the clues are there, the mystery is difficult to solve. When the big reveal is made, it’s something we clearly see and recognize at once but also with a twist that never could have been anticipated. This makes the mystery itself engaging, combining the charming atmosphere of Meg Cabot’s writing with the breathless sleuthing of a hard-boiled thriller. It’s just – addicting.

The thwarted love story (i.e. Heather and her landlord/PI Cooper) adds to the story. Her lonesomeness combined with her longing further fleshes her out as a character, ensuring that readers will continue to pick up following books in the series.

The confrontational scenes toward the conclusion of Size 12 is Not Fat are quite heart pounding and the danger is prolonged (unlike the usual cozy mystery chapter long confrontation.) All the loose ends are tied together. Readers feel that they have been with Heather through a long and tiring journey, exhausted by the physical exertion of survival, yet not ready to let Heather and her world go. Thoroughly enjoyable. Highly recommended.

*A Note on Edition: I listened to the unabridged audio book version of this novel, read by Justine Eyre. Part of my adoration for this series stems from the stellar audio productions. Eyre’s dynamic reading captures the characters and the tones, her voice just pulling us into this wacky, murderous world. I can’t imagine Heather’s voice sounding any other way, or encountering further editions in this series without the delightful audio books which go with them.