Silence of the Girls, The 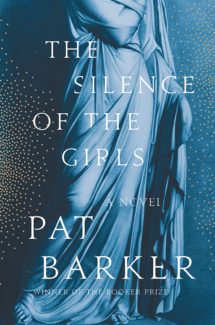 Voices of the Voiceless

The famous tale of Achilles, the god-like warrior who destroys Troy and returns the recalcitrant Helen, is a story imbedded in our history and culture. Many may not have personally read Homer’s poetic epics, The Iliad and The Oddessy, but that hardly matters. We know about them. The giant wooden horse secretly seeded with soldiers. The ten-year war that ripped apart both kingdoms and families, finally leading one of its principle players, Odysseus himself, to a fateful journey across the seas, encountering a cannibal cyclops, sea monsters, witches, and gods. For its high action and imaginative adventure, these stories have imbedded themselves into our own lore from classic literature all the way to pop culture. Enter Pat Barker who proposes a modern retelling with a twist. This time it’s not from the prospective of the troubled hero, the great Achilles burning with rageful pride and an awful curse, but through the eyes of the enemy, the captured victim, the spoils of war: Briseis, a former queen that is now Achilles’ slave and consort.

It begins as Briseis watches her kingdom fall, stuffed into a tower with other noble women, watching as their men are killed, their towns and homes looted, the amorous soldiers still dripping blood converging on the place where they know the noble women are, taking the peasant women violently along the way. From the stench filled holds of these soon to be slaves, the novel starts with a grim purpose. Homer may have seen war as glory, but Barker does not. She roots out its ugliness, the fear of those caught in the cross-hairs, the truth of the steaming blood and guts, the unique stench of fear and desperation merging with a consuming hatred that is beyond bitterness. We know from page one that this story, then, will be remarkably different, a gritty version of the high heroic tale we’re used to hearing. This then is the book’s unique advantage and conversely its own downfall. 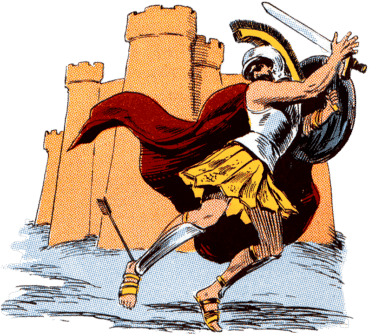 Briseis time in Achilles camp is a peculiar mélange of suffocating depression and hate tinged with the weird kindness of Patroclus, Achilles childhood friend, fellow warrior, and potential (probably, definitely?) lover. Here Briseis sees that life has shifted to simple subsisting and coming to terms with the fact that her husband’s and brother’s murderer is now her master and, sometimes, bizarre patron. How can she combat the loathing she feels alongside the simple, human need to just stay alive? Is life as it has become worth saving? What then of the others, who are greatly mistreated, who live outside like dogs and die little better. She is, after all, the prize of Achilles and in that there is a certain basic safety, a certain status even in the bindings of slavery. Should there be some warped gratitude from her or just fear, fear at becoming like the others.

When Agamemnon, the flighty Greek king famous for sacrificing his own daughter for a fair wind during the voyage, demands Briseis for himself, everything is at risk from Briseis waning desire to live to the war itself. Stuck as a pawn between the two most powerful men of Greek legend, we follow the degradation of women as a spoil of war and also the classic story of how petulance and pride destroy life, shatter the illusion of famous heroes, and result in the destruction of true affection. This is where the tale becomes strange as we shift from the focus on Briseis and the seedy, true underbelly of war to, as Homer once did, Achilles’ drama. Briseis slowly fades into the background, disappearing more and more as the conclusion revolves around Achilles and the myths, even during his life, which surrounded him. Finally we rest with Achilles, in the private moments of his mind and disintegrating sanity, leaving us to ask, who is this new story truly about? Why do we need Brises and who are we supposed to identify with, if anyone? 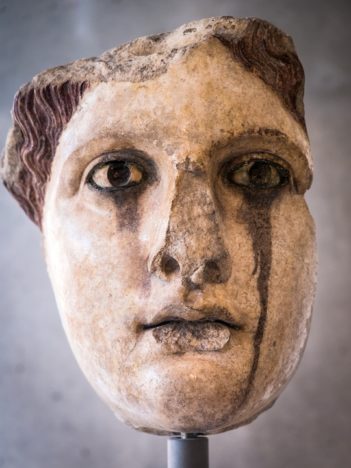 Barker tells her story with the concise precision of modern language. Gone are the flowery ululations, the glowing descriptions of the victors of war, and instead we see brute, crude ugliness, the everyday side Homer quietly glosses over. Barker makes her dual points with little fanfare: war is hell and history is written by the victors. This is a powerful statement yet bleak in its well-proven nature. There is no actual enjoyment in this unwinding of an ancient story, only the necessity of discomfort and the dissolution of near suicidal depression. Barker outpaces her own objective, bringing alive the filth and squalor, the dehumanization of the captured women, now made to serve, half slave, half prostitute. Brises’ hate is poignant; we can taste the bitterness and its nuances ranging from the fires of revenge to the greater rage bred of fear. And so, we see. We acknowledge there is a point to the seeing, a purposeful statement being made here about both war and the treatment of women in the Greek epics. Yet, please God, we want to flee this ever-building scum of death, this hateful reminder of humanity’s casual dehumanization of the “other” and its inability, or perhaps obstinate unwillingness, to recognize the plainness of evil.

Because of the shattering nature of Baker’s no-bones-about reveal, we’re glad to temporarily escape the consummate aura of depression which fades with the once again forgotten Brises. What is weird here is that Barker seems to want us to desire an understanding of Achilles, to hate on the one hand and yet remain fascinated by what makes this man tick. Even Brises finds a final, weird kind of peace with a man we, as the readers, cannot bear to forgive. This is a fascination that pays off in a way: Achilles’ curse and the supernatural aura of his doom, merged in with the final slaying of his enemy and his call to the ghost of a beloved, is interesting. Yet we feel betrayed and likewise, unable to see where the Brises who prayed to Apollo for a vindictive plague that she did, indeed, get has changed so much as to find if not compassion, then acceptance. We need to understand this final part of her journey, but it happens off screen with god-like Achilles once again ruling the day – his rage issues, his abandonment, his pride, his anger the focal point of a story that for once should not be about him. In the end, we have few answers about Achilles and even fewer about Brises.

In the conclusion, The Silence of the Girls succeeds in makings its points, in tearing aside the patina of glory and old songs to reveal the maggoty underbelly, yet we’re glad to be done with it. Glad to let all the characters go, even Brises. In the aftermath, we shiver at the ugliness and wonder what the end was trying to say. It wasn’t a cry for revenge and it wasn’t an act of forgiveness, but an amorphous sort of moving on, and while this may be uncomfortably real, the shift from high emotion to numbness is too sudden for us to take the ride, too quick for us to follow the story and ultimately understand it, or even want to understand it. Farewell then to Troy and Greece. We once loved you and your mythical stories, and now we are confused and throb between hatred and the desire to run, run far away.