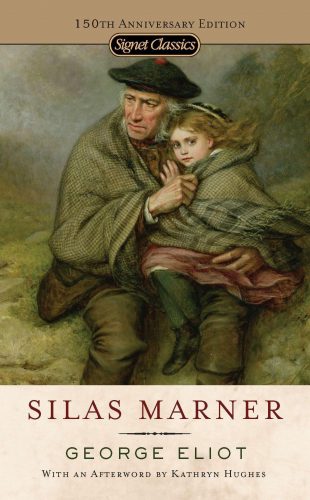 Rags to Riches and Anger to Forgiveness

Silas Marner is a simple man. A weaver, good at his craft. A churchgoer, an engaged man. Nothing out of the ordinary, at least as far as everyone knows. But Silas does have spells, moments where he experiences something like a trance and losses time. In his time and place, this could be misconstrued as demonic, an aberration that requires the strictest judgement. No one must know.

When Silas falls into one of his trances while watching over the ill church dean, who later dies, he awakens to a corpse and an accusation. The church’s money is gone. And it had to be Silas.

Thrown out of his community, Silas goes to a faraway village to live alone. He no longer trusts God, and he no longer trusts man. His weaving is all that he has left, and the precious gold he earns is everything, the apple of his eye, the reason for continuing to live. When the gold itself is stolen, Silas is broken, but later, when a strange infant wonders into his home, Silas starts to feel a connection, to come out of himself, to trust again. But the infant too has a history, a torrid past she doesn’t even know, and events outside of Silas are leading to a crisis and a confrontation.

Silas Marner was George Eliot’s third book. As many know, Eliot was a woman writing as a man. My former experience with her was Middlemarch, one of the few books I read in college that I never actually finished, mostly because of time constraints and not a lack of enjoyment. Ever since, I’ve been desperate to return to Eliot, to experience her craft.

At first, this story is so relatable and emotional. In the first page, there is action and a bitter refuge. Silas’ loses his home, religion, family, best friend, and fiancé, and then devolves into a workaholic with haunting thoughts and unrequited anger. The implication is made about how Silas was set up, and readers shuffle in for a good revenge tale or a story of redemption. Either is acceptable because the story itself is so compelling and events just move move move.

But then Eppie, the infant, enters, and we see that redemption is the name of the game. Eliot unveils the issues of society, the flaws of superstition and ignorance, and shows Silas as he accepts the overall goodness of a God that cannot be fully understood (since only we know that what really happened to Silas was no divine judgment.) We cringe as we wait for the second, final blow to fall, as Eppie’s off-screen father goes through his own dark night of the soul, as issues of class and morality converge.

The problem? With all this build up, all this emotion, the story just suddenly stops. It’s even more abrupt on the audiobook, where you can’t see the pages dwindling. I literarily said, “what, is that it?” The ending ruins everything. Not because of the decision reached by the characters (that was excellent), but because of the rapidity. What was the buildup for after all that? What was the point of our investment if the answer was to be so swift, with little to no confrontation and a fight? I still want to read more Eliot, she certainly has a way with words and storytelling, but I grieve at how short this otherwise bombshell story was.