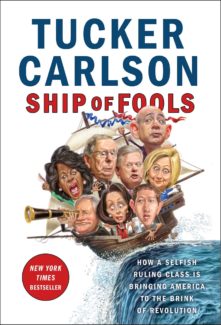 A Book About Current Politics For People On Neither Side

Being a millennial growing up in Washington DC and going through college here has left me with a fair amount of scars and a general hatred for politics, Republican, Democrat, or otherwise. Hard core followers on both sides seem to equate their political stances, and the subsequent tirades, as something akin to “the only true religion.” On the one hand, one of my degrees was in journalism, which ostensibly taught about objectivity but spent more classes bashing Fox news than actually teaching me how to write and avoid any sort of spin either way.  At the same time, my normally politically apathetic parents had likewise done an about face, perhaps because of my own forced experiences; home time and car time was foiled with endless rants of pundits from the other side and annoying looped Fox news programs such as hypocritical (and to me, even then, personally obnoxious) Bill O’Reilly who despite his “no spin” proclamation never actually let the other side on his show finish a thought, much less propagate a “well balanced” argument.  I hated the anger and the righteousness on both sides and the more I wanted to get away from it the more the battle was brought to me.

But politics, and to a certain degree of their implied social responsibility, doesn’t go away. The recent news about children being detained at the border as part of immigration protocol (something that the left states is essentially a concentration camp and something that the right states is a protective measure to move children away from Coyotes who are using them and is also about legal entry points) is what actually made me realize that while I don’t care for politics for their own sake, or the hubbub that usually goes along with them, there is an implied moral dimension to some political decisions and stances that requires investigation and awareness. 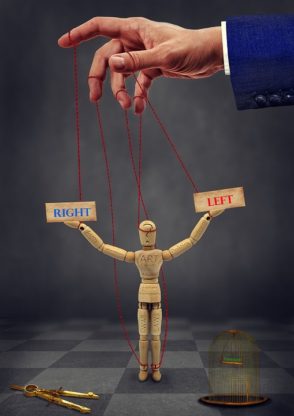 But I’m not convinced by the excuses of either side, each of which seems to too perfectly explain events but in drastically different ways. I found that the real reason I never liked, perhaps even feared, politics, is the sheer impossibility of getting clear, objective evidence and sussing out the truth. Both sides have background agendas which determines the answers they weave. There is usually some truth, but certainly not ALL the truth.

That’s why I enjoyed Tucker Carlson’s book, Ship of Fools. Carlson makes some terrifyingly exquisite arguments and gained my trust by addressing some of what I had already felt and experienced – the religious purity exhibited by people who get into politics as an ideology requiring little tangible action and a lot of judgment and how this euphoric zeal is meant to become all-encompassing distraction, an end in and of itself.

Carlson argues, quite convincingly, that the elite who run this country, most of whom you never see, are puppet masters, toying with leadership pawns and distracting us while they take the money and the power. These elite play both sides against the middle and are, truly, neither “side” at all. These divisions are just another smokescreen, another distraction. These unseen people aren’t in line with you at Starbucks and would be openly perplexed to abandon their private jets and closed off lives to mix with the masses whom they ostensibly oversee.

And that’s where Carlson breaks down the big ticket diversions from our ridiculous wars in the Middle East, to the importation of a serf class which the big companies – especially the Republicans – like, to the force-fed propagation of sexual politics at schools. Everything from immigration to what gender(s) get to use the public bathroom is covered in a conversational tone that takes a no-bones-about-it approach without being overly obnoxious. All of these things added together and stirred to a fever pitch explain why Trump was elected and why he offers hope despite his uncouth nature. His appeal is that he gave the promise, and sometimes even backs it up, of listening to the people and dropping the issues du jour to answer our problems of a depleting middle class, nationwide job deficits, and the everyman dilemma that goes far above and beyond what bathrooms are acceptable for use. 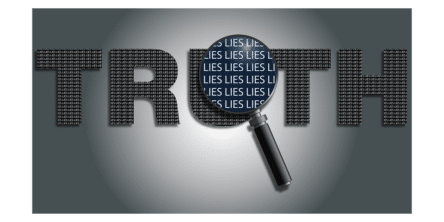 This then is how Carlson proposes to right the ship. A return to following the money and watching who benefits, a nation more interested in once again being a watchdog of those entities which benefit and effectually leach off the people, is essential. The ability to be led by both social media and 24-hour news channels, and manufactured problems that disguise real ones requires true accountability, where both parties have long ago fallen short. Will the people rise up and embrace awareness? Carson predicts that likely, no.

But, you say, how dare you call these real issues non-sequiturs. Are we to repel people at the border, starving and in need of shelter when we, as a very nation, are built on the idea of acceptance, of welcome, of immigration? And while we’re at that how about the issues of sexuality, gender identity, economics/class, etc. that currently circulate across both our news and Facebook feed? Carlson acknowledges all these arguments, many of them in their own, fairly drawn out chapters complete with everything from history to stats and beyond. I’m not going to repeat those – that is the purpose of the book. What I will say is that Carlson handles the subjects in their entirety and does offer various types of convincing proof to stably support his position. The arguments don’t presuppose readers’ agreement or even willingness to follow the presumption, and herein lies the power of Carlson’s logical persuasion.  Carlson’s arguments are well founded, convincing, fueled by logic rather than by ideology. This approach, with emotion taken out and facts objectively played, impels readers to accept the fears and warnings of the book.

Whatever political side you reside on, right, left, middle or simply politically agnostic, Ship of Fools covers a lot of ground and concisely represents the argument not for Trump, so much, but for WHY Trump is needed and how he represents a level of hope and a potential to right the ship, as it were.